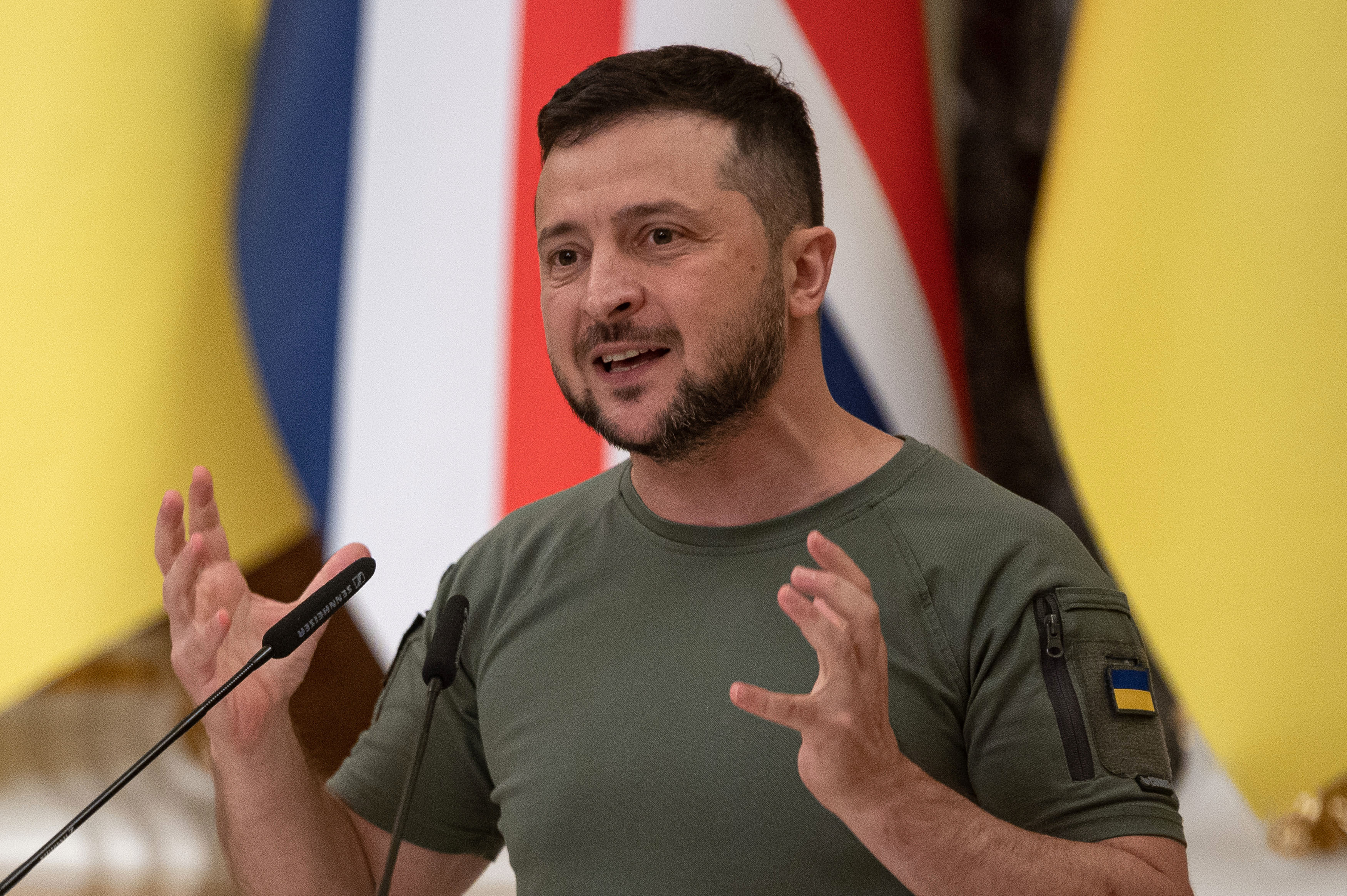 After a mass burial site was found in the recently re-taken city of Izyum, Ukrainian President Volodymyr Zelenskyy said there is “clear evidence” of war crimes by Russian soldiers and urged the world to “react” to Moscow’s atrocities.

Almost 450 bodies of civilians were discovered in Izyum, in the northeastern Kharkiv region, apparently victims of Russian troops, local authorities said. Alongside the civilian graves, the bodies of almost two dozen Ukrainian soldiers appeared to have been dumped in a single grave, according to Ukrainian law enforcement officials and local authorities.

“The world must react to all this,” Zelenskyy said in his address to the nation on Friday night.

“There is already clear evidence of torture and humiliating treatment of people. Moreover, there is evidence that Russian soldiers, whose positions were not far from there, shot at the buried just for fun,” Zelenskyy said.

It is too early to establish the exact number of people buried at the site, he said. Investigations are ongoing.

Izyum was retaken by Ukrainian forces a week ago in Kyiv’s surprise counteroffensive in the Kharkiv region, after six months of Russian occupation.

Zelenskyy compared the deaths in Izyum to the discoveries in Kyiv’s suburb of Bucha, where over 400 civilians were found dead after several weeks of Russian occupation. Ukrainian authorities found mass graves as well as corpses of civilians apparently tied up and shot at close range. Ukraine has officially filed a case of war crimes against Moscow’s forces over the killings in Bucha.

Ukrainian authorities have found several “torture chambers” in the liberated territories of the Kharkiv region, where imprisoned local residents as well as foreigners were kept, Zelenskyy said Friday night. Among the foreigners, seven Sri Lankan citizens — students of the local medical college — were discovered, he said.

“Back in March, they were captured by Russian soldiers, who subsequently kept these people in the basement. Only now, after the liberation of Kharkiv region, have these people been saved. They are now being provided with proper medical care.”

U.S. Secretary of State Antony Blinken said the deaths in Izyum “should galvanize our support” for Ukraine against Russia. “Reports of a mass grave with 440 men, women, and children in Izyum, Ukraine, are heartbreaking,” Blinken said in a tweet. “We stand with Ukraine in pursuing accountability for these crimes.”

EU foreign policy chief Josep Borrell said the bloc is “deeply shocked” by the discoveries in Izyum. “We condemn these atrocities in the strongest possible terms,” he said in a statement. “Russia, its political leadership, and all those involved in the ongoing violations of international law and international humanitarian law in Ukraine will be held accountable.”

Meanwhile, Russian President Vladimir Putin said on Friday evening that Russia will continue to push forward with its war on Ukraine, despite recent setbacks.

“The plan will not be adjusted,” Putin said in the Uzbek city of Samarkand in what was his first public comment on Kyiv’s counteroffensive.

“The main goal is to liberate the entire territory of Donbas. This work continues despite the attempts of the Ukrainian army to launch a counteroffensive,” Putin said. “Let’s see how it [the counteroffensive] unfolds and how it ends.”