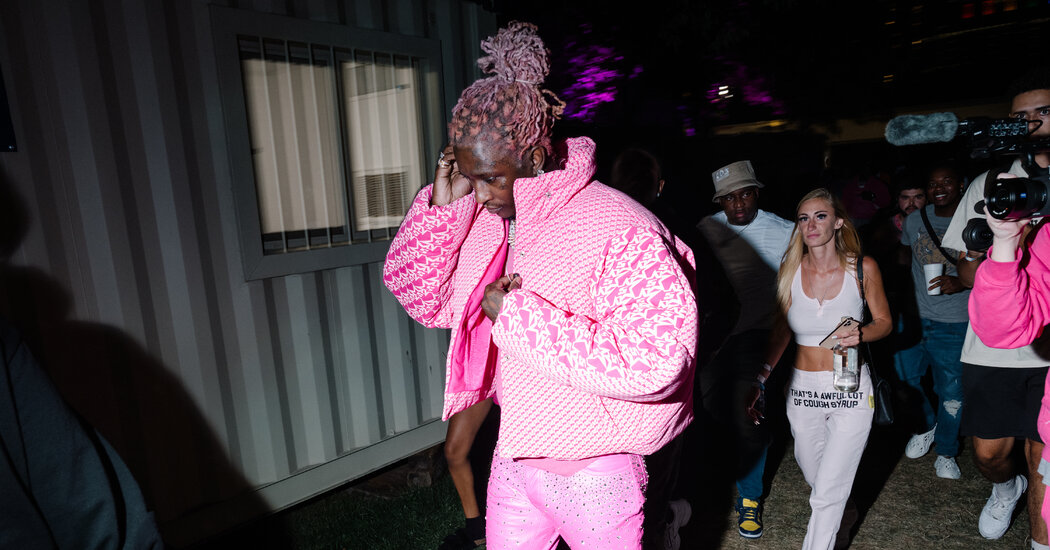 Mr. Williams is named as having committed a number of illegal acts for which he is not charged, but which are described as “overt acts” in furtherance of the group’s criminal conspiracy. Among those allegations are an instance of threatening to kill a man at a mall and possession of methamphetamine with the intent to distribute it. Mr. Williams is also alleged to have rented a silver Infiniti Q50 sedan that was used in the commission of the murder of a rival gang member, Donovan Thomas Jr., in January 2015.

Five men are charged with murder in connection with Mr. Thomas’s death. One of them, Deamonte Kendrick, is identified as Yak Gotti, a rapper on the YSL label.

Contacted late Monday night, Drew Findling, a lawyer who has represented Mr. Williams in the past, declined to comment. In an interview with WSB-TV, Brian Steel, described by the station as Mr. Williams’s lawyer, said, “Mr. Williams committed no crime whatsoever and we will fight to my last drop of blood to clear him.”

In previous court documents, prosecutors have described how another cluster of Bloods-affiliated gangs are engaged in a hostile rivalry with Young Slime Life. In April 2021, Ms. Willis charged a dozen people who were said to be members of gangs in that rival cluster, including Rayshawn Bennett, another famous rap artist whose stage name is YFN Lucci. Mr. Bennett was indicted on, among other things, a felony murder charge in connection with a drive-by shooting. Monday’s indictment charges three people accused of being YSL members with attempted murder in an attack on Mr. Bennett, who was stabbed in jail in February.

“I am not impressed with the fact that you are a rapper — that’s not going to keep you from being indicted by default,” Ms. Willis said at a news conference in April, in which she criticized a judge for granting bond to Christian Eppinger, who raps under the name Big Bhris, is reported to be a Young Slime Life member and is accused of shooting an Atlanta police officer six times in February. “If they committed acts of violence, and if we have enough evidence to substantiate that, you’re going to see indictments,” Ms. Willis said.

The new charging document and other court records show that Fulton County prosecutors have been paying close attention to the music and social media output of Atlanta-area rappers and their associates for some time, using the content to bolster their criminal cases against a number of suspects from both rival gang groups.