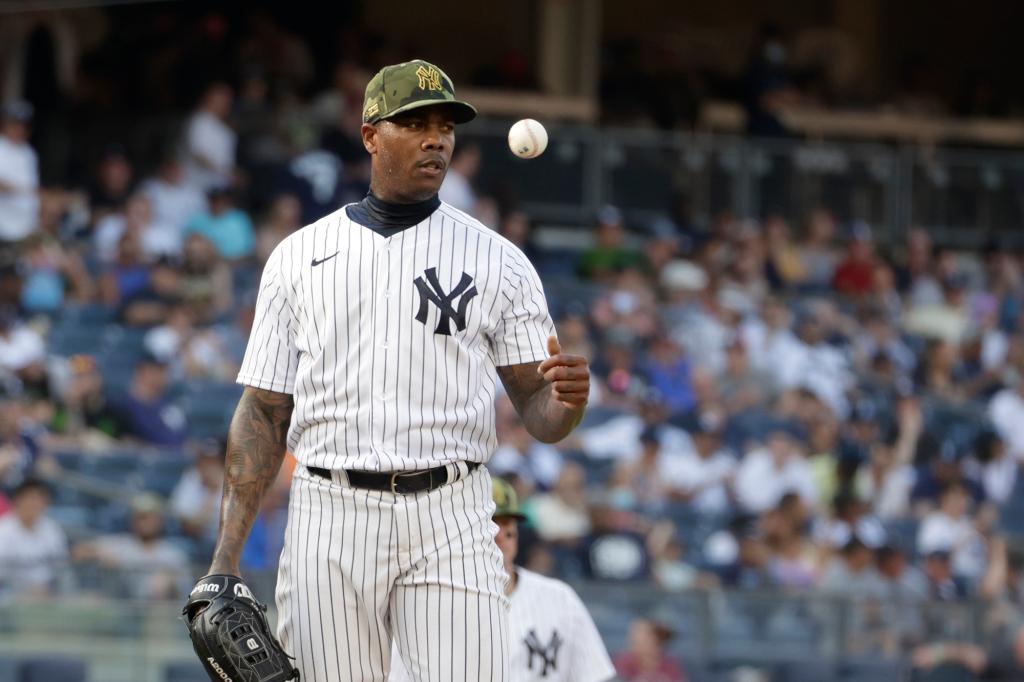 The Yankees’ bullpen absences continue to mount, as Aroldis Chapman was placed on the 15-day injured list with left Achilles tendinitis before Tuesday’s game against the Orioles.

The Cuban closer has allowed at least one run in each of his past five appearances, the longest stretch of his career, after opening the season with a 12-game scoreless streak. He gave up a game-tying home run to A.J. Pollock and another run in the ninth inning of the first game of a doubleheader sweep Sunday by the White Sox.

Setup man Chad Green also is out for the season after it was learned over the weekend that he will require Tommy John surgery on his right elbow.

DJ LeMahieu also was a late scratch from Tuesday’s lineup with what the Yankees called left-wrist discomfort. Kyle Higashioka was reinstated from the COVID-19 injury list, but Joey Gallo and Josh Donaldson remain sidelined while on that list.