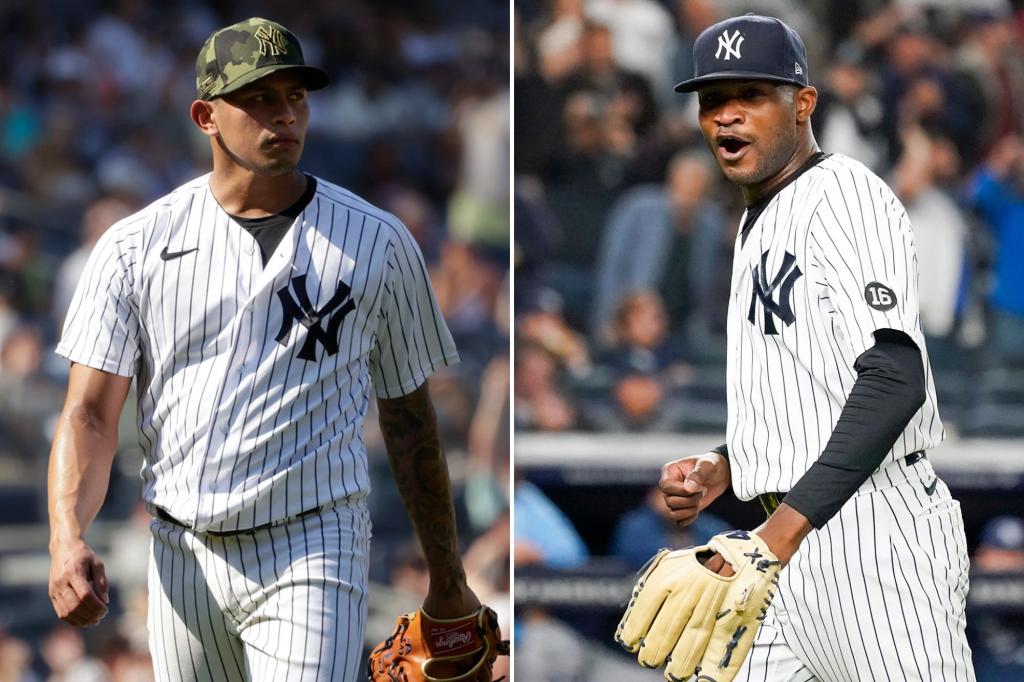 BOSTON — The Yankees could get a pair of valuable arms back before the All-Star break.

Manager Aaron Boone said the organization would discuss the right-hander’s next step, which could be another start in the minors. But Boone didn’t rule out a possible move to the majors, with German pitching out of the bullpen.

He has been out since the spring due to a right shoulder impingement.

Jonathan Loaisiga, who has been sidelined with right shoulder inflammation, began a rehab assignment on Saturday night with Low-A Tampa, throwing 13 pitches in one hitless inning, with one strikeout.

Boone said Loaisiga would then throw another inning with SWB on Tuesday, with a possible return to The Bronx to follow.

Loaisiga has been less effective this season after his breakout year in 2021, but is still a valued member of the pen.

Anthony Rizzo returned to the lineup Saturday in the Yankees’ 6-5, 10-inning loss to the Red Sox at Fenway Park after missing four straight games with lower back stiffness and had two run-scoring doubles.

“Everything, as the game was going on, felt more comfortable,” Rizzo said.

Boone said he was confident the issue was behind Rizzo, since the first baseman has dealt with a similar issue in years past and typically missed only a handful of games.

After Giancarlo Stanton said he would be interested in participating in the Home Run Derby now that he’s an All-Star, Boone said he was fine with the slugger taking part in it.

“If he wants to do it, then go get ’em,” Boone said. “He knows himself really well.”

Fellow All-Star Aaron Judge has already said he doesn’t plan on being in the derby again unless it’s at Yankee Stadium.

Matt Carpenter doesn’t exactly have a new home in the outfield, but the Yankees are clearly becoming more comfortable with using him there. He started in left field for a second straight night at Fenway and reached base in all three plate appearances before being removed for pinch-runner Joey Gallo.

Boone said he’s still determining how to best use Carpenter, who has forced himself into the lineup by continuing to hit since signing in May.

He hit his ninth home run of the season on Friday and while Boone said he values Carpenter as a left-handed bat off the bench, Carpenter has had more success when starting. All nine of his home runs have come when he’s been in the starting lineup.

“I’ll take it as it comes,’’ Boone said of how he expects to use Carpenter. “I’m glad at this point of the season to have more threats and the outfield is an option for him. It’s not an everyday role.”

Gleyber Torres brought a career-best, four-game multi-hit streak into Saturday, as he continued to put the previous two subpar seasons behind him.

“He’s using his lower half better,’’ Boone said. “All year, he’s been getting off good swings. He’s consistently in a really strong position.”

After Lucas Luetge finished the win Friday by pitching 3 ¹/₃ scoreless innings, Boone said he didn’t plan to keep the left-hander in the game so long, but he was so efficient, he opted to stay with him.

“He got in a really good rhythm and saved the back end of the pen,’’ Boone said.