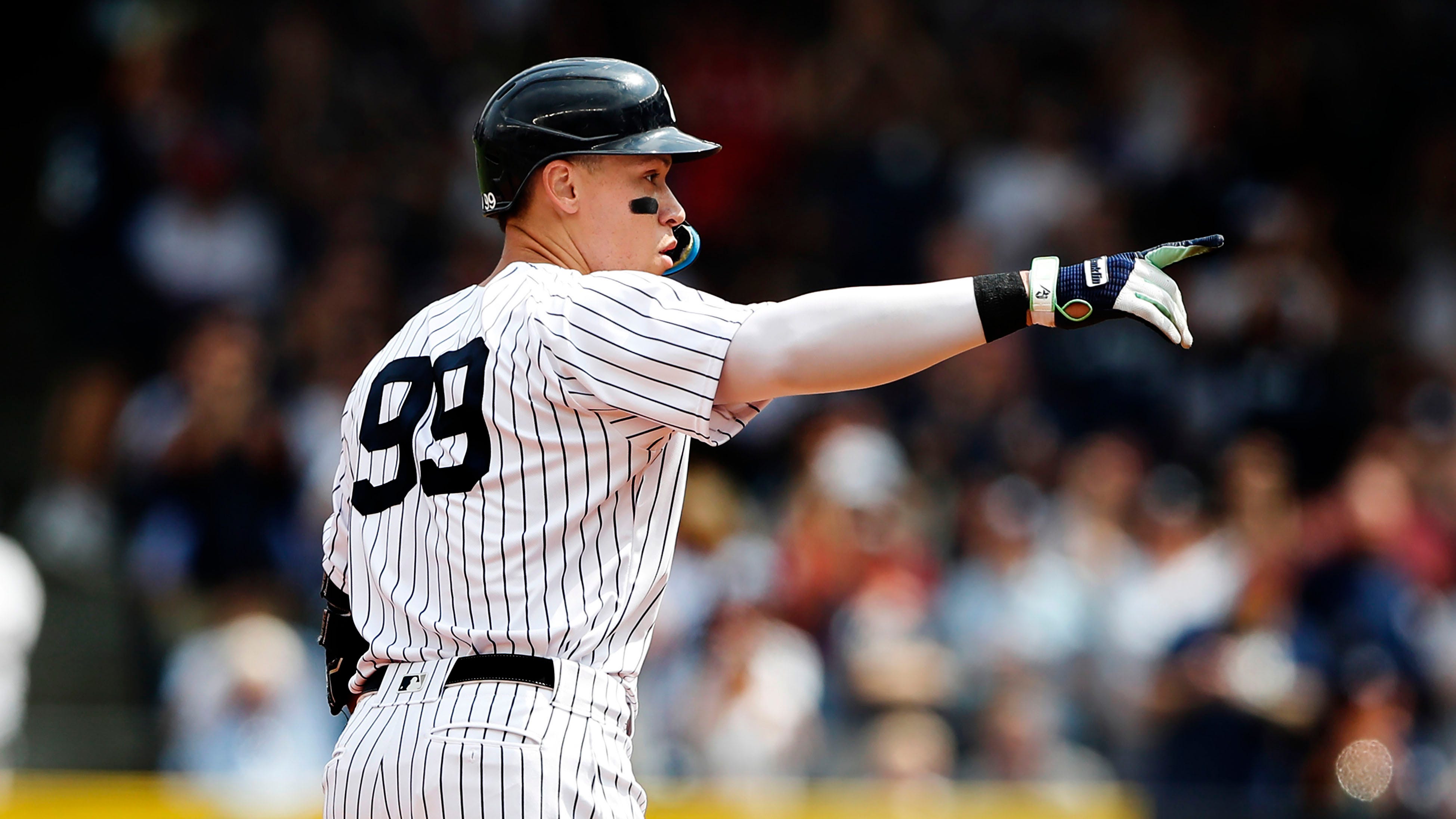 New York Yankees slugger Aaron Judge continues to stay red-hot at the plate, mashing his 54th home run of the season in a 5-2 win over the Minnesota Twins on Monday afternoon.

The Yankees and Twins were deadlocked at two apiece in the bottom of the sixth inning, and Judge thought it was the perfect time with a runner on base to change that.

He waited on a Trevor Megill slider that hung right in his wheelhouse and sent it flying just inside the left field foul pole to make it 4-2 for the home team.

The ball that Judge hit went 109.6 mph off the bat for a projected distance of 404 feet.

In his last seven games, he has five homers and is hitting .500.

This homer comes just one day after Judge broke his single-season high, hitting his 53rd on the year during a game against the Tampa Bay Rays. Judge set his career high during his Rookie of the Year campaign in 2017 when he hit 52 baseballs in the seats.

Through 135 games, Maris had 53 homers, and Judge is now one above him. Judge has been downplaying the franchise record as he’s focused on bringing the 28th World Series title to his clubhouse. But as the regular season hits the homestretch, each Judge at-bat will have fans drooling for another long ball to see if he can make history.

Aaron Judge of the New York Yankees doubles in the first inning against the Minnesota Twins at Yankee Stadium in New York on Sept. 5, 2022.
(Jim McIsaac/Getty Images)

Judge is playing at an MVP caliber, basically running away with the home run lead in MLB with Philadelphia Phillies’ Kyle Schwarber the closest at 36 homers. Judge also has NL MVP frontrunner Paul Goldschmidt beat for OPS (1.074 to 1.034 entering Monday) and WAR (8.2 to 7.3).

Also in this contest, ex-Yankee Gary Sanchez made his return to the Bronx for the first time since being traded away to the Twins. He decided a homecoming homer was in his forecast, smashing one 473 feet to tie the game at 2-2.

But it was Judge, a player who fans hope remains in pinstripes, unlike Sanchez, making the loudest crack of the bat on Labor Day.

Judge will be an unrestricted free agent once the season is over.