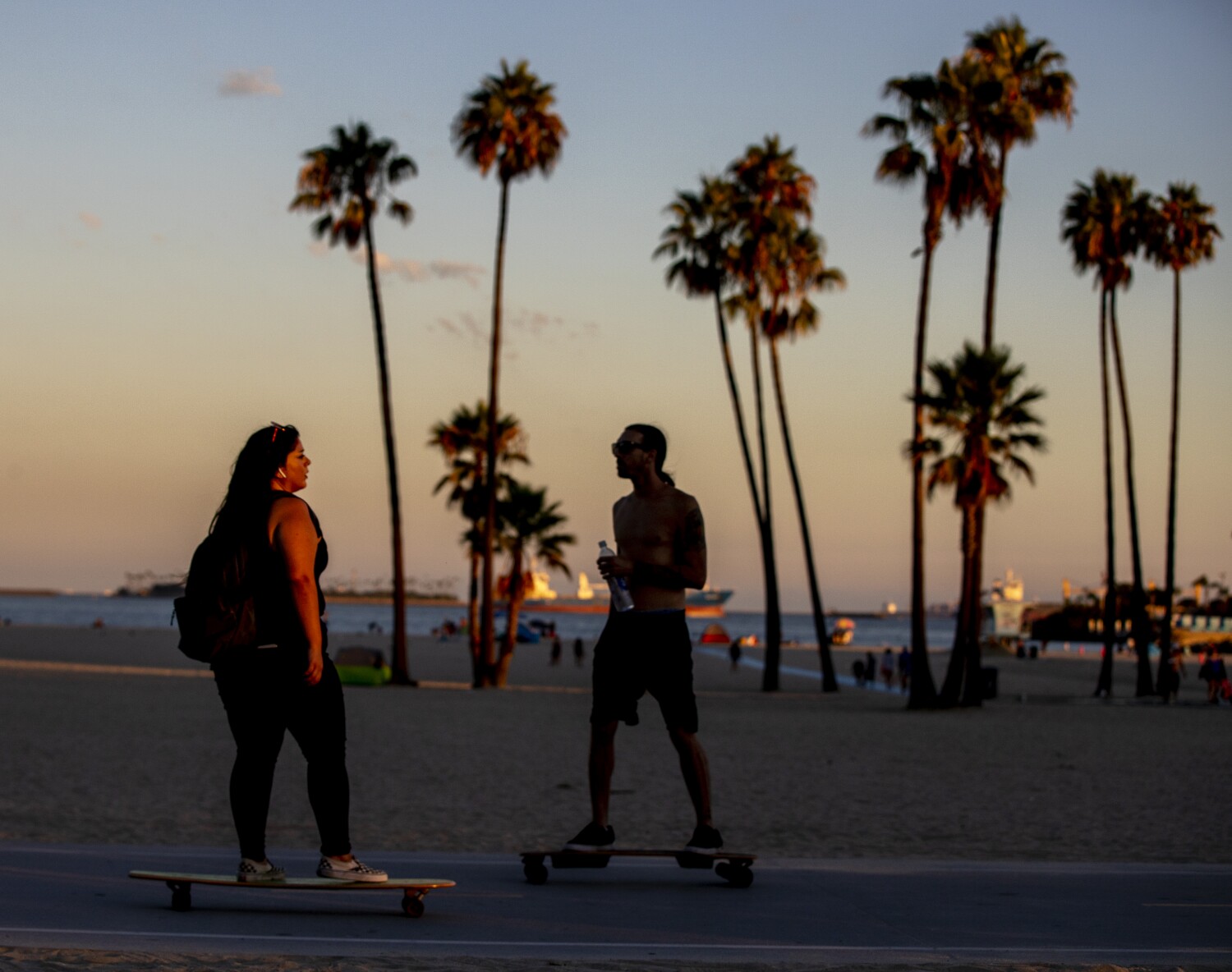 From Wednesday through Labor Day weekend, the National Weather Service predicts temperatures could reach as high as 115 degrees in some parts of Southern California. It will be the region’s longest and warmest heat wave of the year, said David Sweet, a meteorologist at the National Weather Service in Oxnard. The conditions are expected to last through Monday, though “we don’t see an end to it right now,” Sweet said.

Here’s what you need to know.

An excessive heat watch is in effect from 11 a.m. Wednesday to 8 p.m. on Monday across much of Southern California, including Los Angeles County, Ventura County and the southern Santa Barbara County coast.

For Riverside, Orange and San Bernardino counties, the warning takes effect at 10 a.m. Tuesday and lasts through 8 p.m. Monday.

The hottest conditions are expected Thursday before cooling off slightly into the weekend, though conditions will still be warm, and spiking again on Sunday.

Downtown Los Angeles could see a high of 93 on Thursday, 94 on Saturday and up to 100 on Sunday.

High temperatures at Los Angeles County beaches are expected to hover between the mid-80s and 90 over the next several days.

Temperatures in San Bernardino, Orange and Riverside counties will build through Friday, rising again on Sunday and Monday, said Casey Oswant, meteorologist at the National Weather Service in San Diego.

Temperatures between 100 and 106 degrees are expected in Riverside through Friday. By the weekend, it could reach as high 108.

In the Coachella Valley, highs will stay between 110 and 115 degrees. In the high deserts, in areas like the Apple Valley and Lucerne Valley near Victorville, temperatures are likely to be between 105 and 110 degrees.

Conditions on the coast will be most severe Sunday and Monday, with highs between 85 and 90 degrees.

People will also not get much relief overnight, with temperatures expected to cool only slightly, Oswant said.