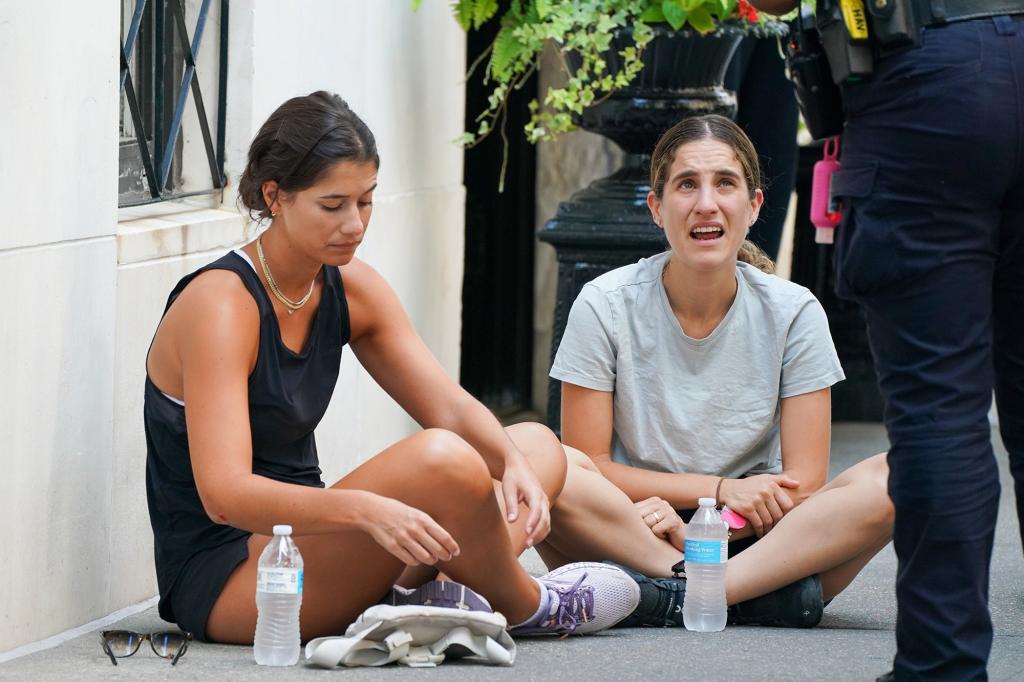 Two men on a moped tried to grab a woman’s jewelry Saturday afternoon as she walked on the Upper East Side steps from one of the world’s most famous museums, sources said.

The 28-year-old woman and a friend were heading west on East 89th Street about 2 p.m. and were nearing the Guggenheim Museum when the assailants approached them, sources said.

One man tried to grab the woman’s necklace, but was unsuccessful, sources said.

The second man got off the moped and attempted to grab the jewelry as he pushed the woman to the ground. She fought him off and he fled, sources said.

Witnesses reported hearing the women scream loudly as the moped took off.

The victim, who lives in the neighborhood, hurt her elbow and suffered back and neck pain but refused medical attention, sources said.

The women, who were dressed in exercise clothes and carrying water bottles, were sitting on the ground, visibly shaken after the attempted robbery. A doorman let them inside a building to talk to detectives.

The assailants were described as black men in their 20s, each weighing about 170 pounds with one about 5 foot 9 and the other 6 feet tall.