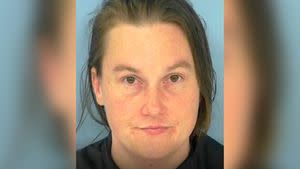 Police have arrested a woman they say stripped and urinated on the floor of a Fayetteville Walmart after going on a profanity-laced tirade through the store and hitting an employee, according to The Citizen.

Police said April Barrow, 40, was searching for prophylactics on April 29 at around 6:30 a.m. when she started cursing at employees and throwing things at them. Witnesses then said she punched on employee.

“A witness/employee told police Barrow allegedly struck her multiple times in the arm with a closed fist,” police said. “Witnesses reported to police that Barrow took her clothes off and urinated on the floor.”

Employees escorted her from the building. Barrow was putting her clothes back on as police arrived.

Police were able to see what Barrow did inside the store when the reviewed surveillance videos.

She was charged with two counts of simple battery, public indecency and disorderly conduct.