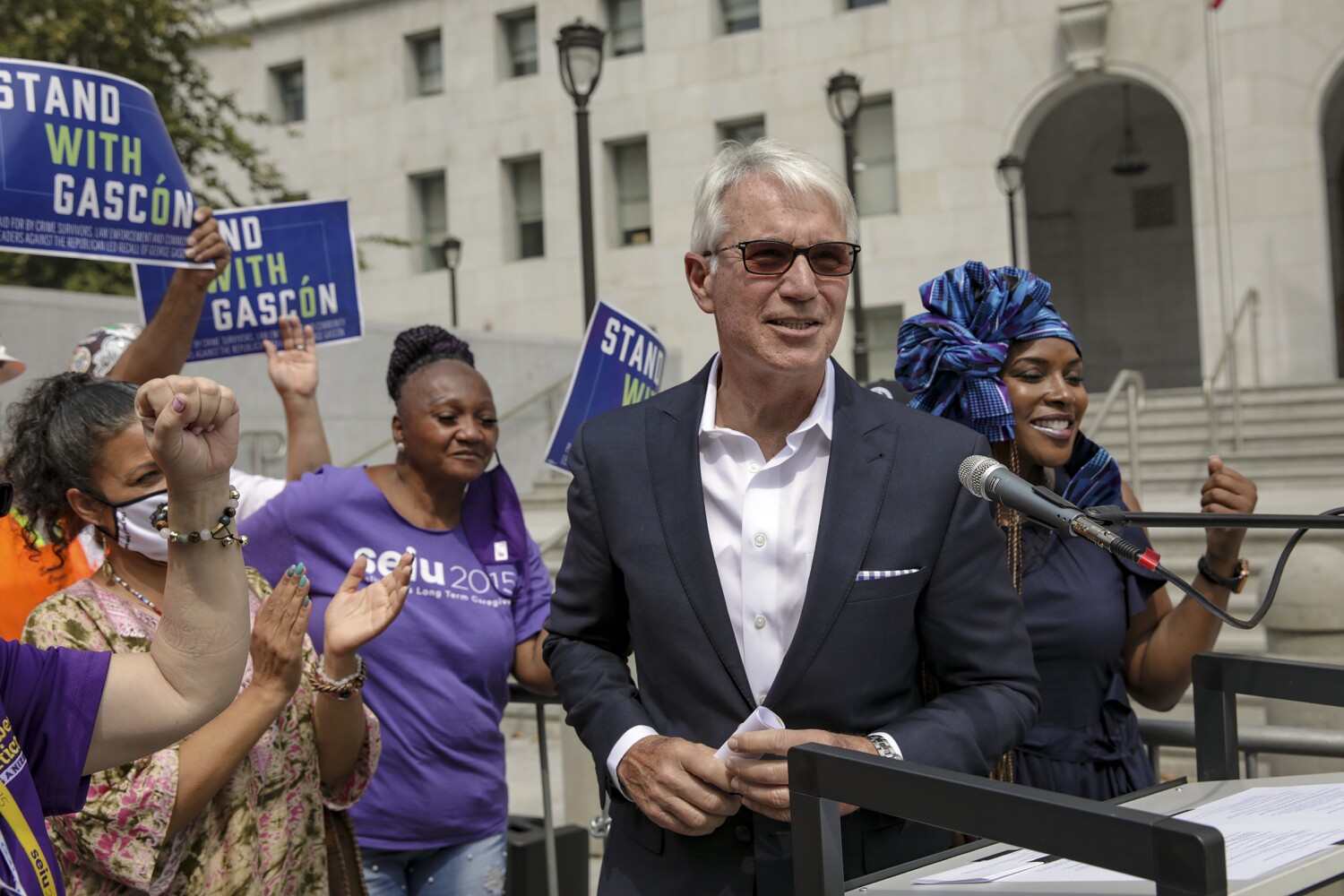 The person who committed a sexual assault that sparked fierce debate over Los Angeles County Dist. Atty. George Gascón’s policy of not trying juveniles as adults has been charged with murder and robbery in Kern County, authorities there said.

Kern County Dist. Atty. Cynthia Zimmer said in a brief interview Tuesday that Hannah Tubbs is accused of the 2019 killing of a man in Lake Isabella, a community near the Kern River. Tubbs, a transgender woman, identified as a man at the time of the killing and was charged under her former name, James Tubbs.

Tubbs also faces a robbery charge involving the same victim, though Zimmer would not say whether prosecutors alleged the robbery was a motive in the killing.

Zimmer declined to provide details of the alleged killing and described the victim only as an “adult male.”

Tubbs, who is scheduled to be arraigned later today in Bakersfield, remains in custody in lieu of $1 million.

In 2014, the then-17-year-old Tubbs sexually assaulted a 10-year-old girl in the bathroom of a Palmdale restaurant, but was not arrested until January 2021, when Gascón had been elected district attorney. Tubbs was allowed to plead guilty in Los Angeles County’s juvenile court and sentenced to two years in custody because of a policy Gascón implemented that barred juveniles from being tried as adults.

Gascón’s opponents seized on the case as a sign of the recklessness of his policies and his refusal to make exceptions — a furor that deepened when The Times and Fox News published recordings and transcripts of Tubbs’ jailhouse phone calls. In the calls, Tubbs can be heard mocking the lightness of her sentence and referring to her victim as “meat.”

The embattled district attorney later admitted he’d made a mistake in the handling of the Tubbs case and retreated from his all-or-nothing rule to allow juveniles to be prosecuted as adults in some situations.

But the reform-minded prosecutor has defended his overall approach to juveniles, citing research that suggests the brain is not fully developed before age 25 and that the proper setting to rehabilitate people who commit crimes while underage is a juvenile treatment facility.

A spokesman for Gascón said he was unaware of the murder case. Zimmer said her office did not inform L.A. County prosecutors of the homicide investigation at the time of Tubbs’ prosecution on sex assault charges in Palmdale.