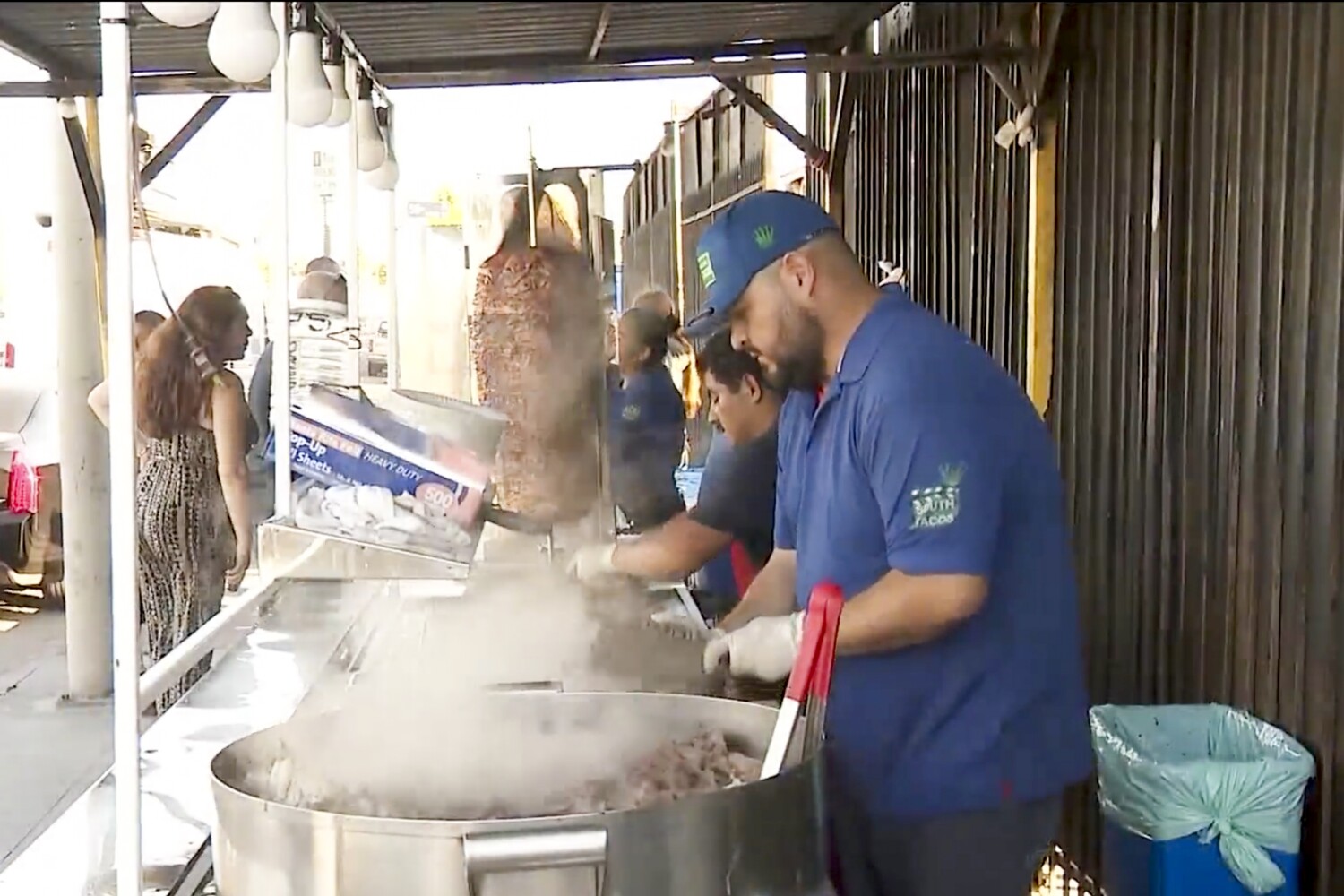 A 30-year-old woman was arrested on suspicion of robbery after attacking taco vendors in South Los Angeles in an incident that was caught on camera, authorities said.

Police received a report of battery around 6:15 p.m. Saturday at a South Tacos R&R location near Normandie and Slauson avenues, according to the Los Angeles Police Department.

The attack came after the woman demanded more food from the vendors that was still being prepared, police said. The suspect was arrested Tuesday and booked into jail on suspicion of robbery.

Jimmy Saucez, a chef and food influencer on social media, said workers at the stand told him that the woman had visited the vendor earlier in the day but had returned and demanded more food.

Footage that circulated on social media and was obtained by KTLA-TV Channel 5 showed a woman yelling at the taco stand workers and tossing tins of food and liquid on the sidewalk.

The woman is also seen spitting multiple times on food and cooking areas.

She follows a worker dressed in a blue polo shirt and apron, berating the woman before punching her on the side of the head.

According to Saucez, the woman chased the worker around the area for several minutes before striking her.

The worker, identified by KTLA as Bertha Zuniga, told the station in Spanish that the attack was frightening but that she still needed to work.

After the incident and the resulting media exposure, Saucez said, the taco stand has seen a wave of support and patronage.

“Their business has grown and their Instagram page has blown up,” he said.