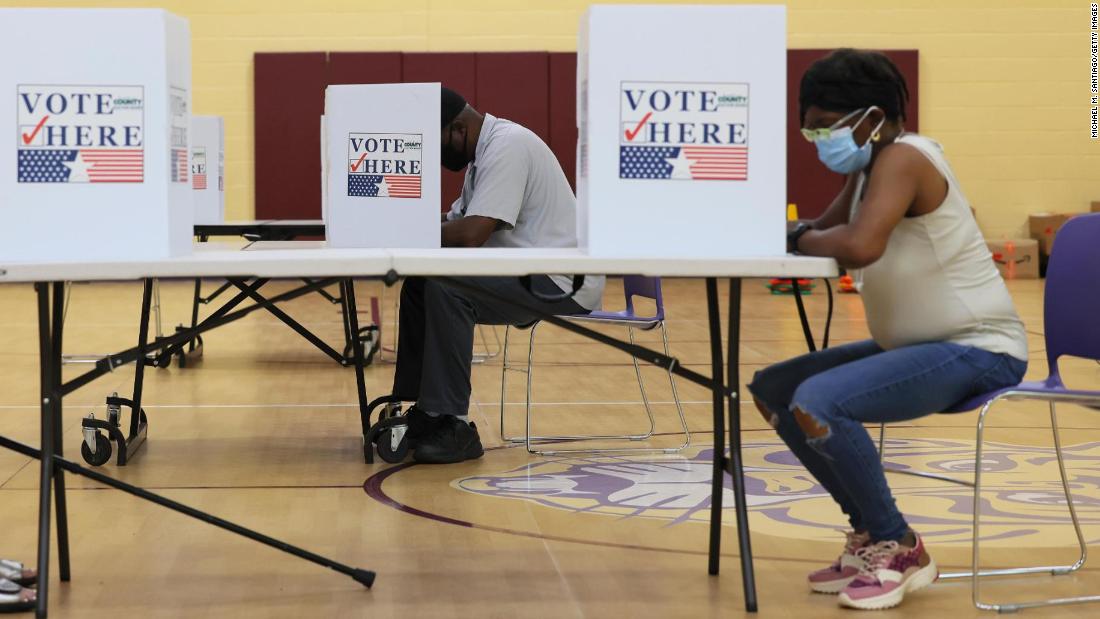 Primaries in the Upper Midwest on Tuesday will set the stage for two major governor’s races, as Republicans in Wisconsin and Minnesota select their nominees to take on those states’ Democratic incumbents in November.

Meanwhile, in Vermont, Rep. Peter Welch is running to replace retiring Democratic Sen. Patrick Leahy, which opens up the state’s lone House seat. The state’s lieutenant governor and its Senate president pro tempore – both Democrats – are vying to become the first woman to ever represent Vermont in Congress.

Heavily Democratic Connecticut is also holding primaries on Tuesday, with Democratic Sen. Richard Blumenthal and Gov. Ned Lamont up for reelection this fall.

Here are a few things to watch in Tuesday’s primaries:

The proxy battle over the future of the Republican Party between former President Donald Trump and former Vice President Mike Pence continues Tuesday in Wisconsin, where a Pence-endorsed establishment favorite faces off against a Trump-backed outsider in a state where he has falsely claimed the 2020 election results were fraudulent.

It’s a replay of similar gubernatorial primaries in recent weeks in Arizona, where Trump’s candidate won last week, and Georgia, where the Pence-backed Gov. Brian Kemp fended off a Trump-aligned challenger.

In Wisconsin, former Lt. Gov. Rebecca Kleefisch entered the race as the GOP’s heir apparent in a battleground state long dominated by former Gov. Scott Walker. She spent eight years as Walker’s No. 2, and is backed by Pence and other establishment Republicans.

But then construction company owner Tim Michels entered the race, fueled by millions of dollars of his own wealth and a key endorsement. He is campaigning as an outsider, with Trump’s help; the former President at a recent rally said Kleefisch is “the handpicked candidate of the failed establishment, the RINOs.”

Both have embraced Trump’s lies about fraud in the 2020 election. Kleefisch called the 2020 election “rigged,” but said she would not attempt to decertify its results because it is not legally possible to do so. Michels, however, said in a debate that “everything is on the table,” indicating he would entertain measures that would seek to decertify President Joe Biden’s victory in Wisconsin.

The winner of the primary will take on Democratic Gov. Tony Evers, who is seeking a second term in what’s expected to be one of the nation’s most competitive gubernatorial contests this fall.

Another race to watch in Wisconsin is Assembly Speaker Robin Vos’ primary against little-known Adam Steen, who was endorsed by Trump after the former President decided Vos – a powerful Republican who had tried to appease Trump by hiring a former state Supreme Court justice to investigate the 2020 election – had done too little to try to overturn Wisconsin’s results. Vos said last month the former President had called him the week before as part of a fresh effort to decertify the state’s 2020 results.

The Senate primary that wasn’t

Two weeks ago, the Democratic Senate primary in Wisconsin was arguably the most closely watched primary contest on the left, pitting Lt. Gov. Mandela Barnes against Alex Lasry, the Milwaukee Bucks executive who spent over $12 million of his own money on his campaign; Wisconsin state Treasurer Sarah Godlewski; and Outagamie County Executive Tom Nelson.

And then it wasn’t.

After internal polls showed Barnes’ lead over his opponents growing, all three bowed out in the span of a few days, with Nelson, Lasry and Godlewski all endorsing the lieutenant governor.

The consolidation means Barnes and Democrats can pivot earlier to their end goal: defeating Republican Sen. Ron Johnson in November.

Johnson, who opted to run for a third term after pledging in 2016 that his second term would be his last, has drawn Democratic ire for a host of comments on the coronavirus, the January 6, 2021, attack, and his personal wealth. But he has proven resilient in the past, ensuring that the Senate race in Wisconsin will be one of the closest watched contests of the 2022 cycle.

Southern Minnesota gets a new representative

Voters in Southern Minnesota will select a new congressional representative on Tuesday after Rep. Jim Hagedorn died in February from kidney cancer.

The special election, which comes at the same time Minnesota voters will vote in the regular 2022 primary, pits Republican Brad Finstad, the former head of USDA Rural Development for Minnesota, against Democrat Jeffrey Ettinger, who previously worked as CEO of Hormel Foods.

The district, which stretches across Minnesota’s entire Southern border, leans toward Republicans.

While voters select their congressman in the special election, they will also vote in the general election primary, selecting which candidates will get the chance to try to represent the district for a full term starting in 2023. Finstad and Ettinger are candidates in that race, as well.

There are other contests worth watching in Minnesota, including well-funded challenges to incumbents. Democratic Rep. Ilhan Omar is being challenged by former Minneapolis City Council member Don Samuels, while Rep. Betty McCollum is facing a challenge from progressive Amane Badhasso.