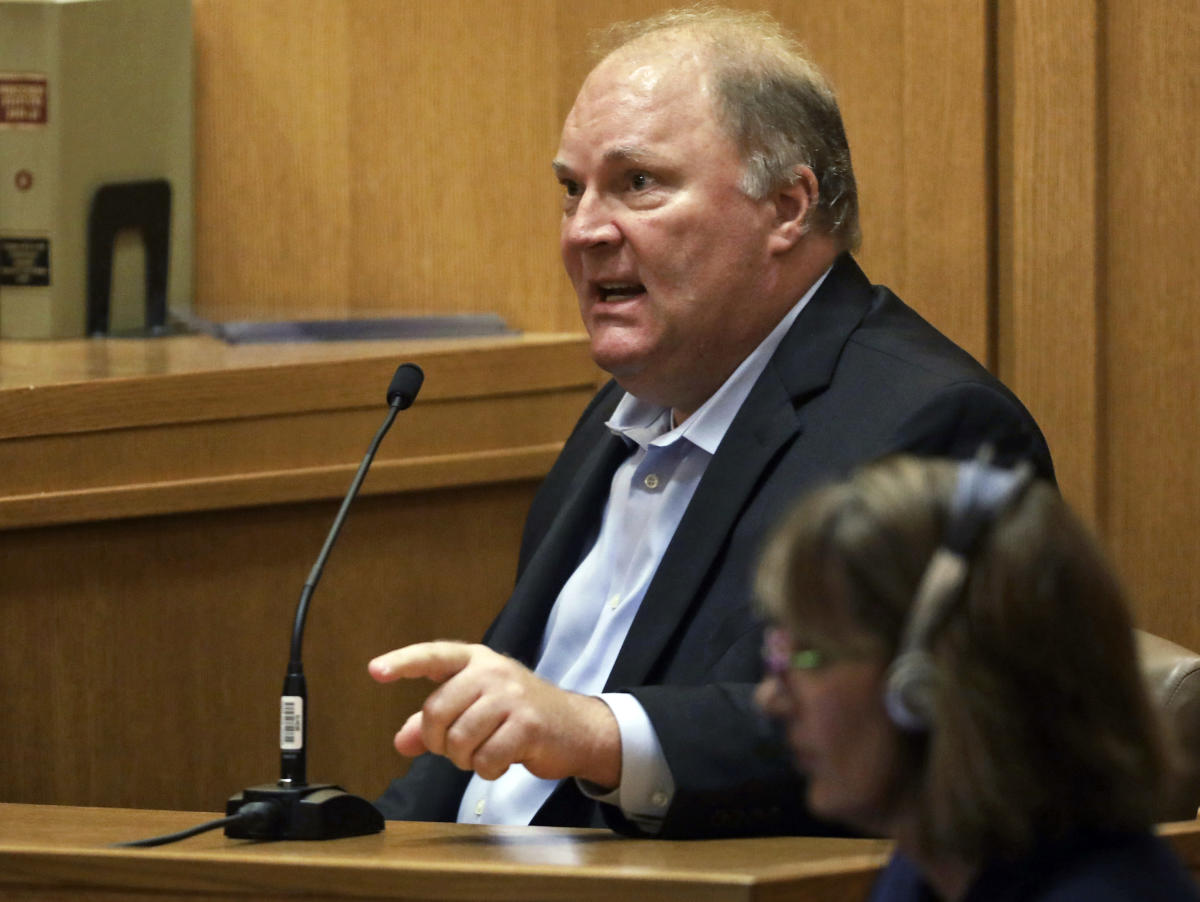 Michael Gableman testified in a court hearing about whether the person who hired him, Republican Assembly Speaker Robin Vos, should face penalties after earlier being found in contempt for how he handled the records requests from American Oversight.

Dane County Circuit Judge Valerie Bailey-Rihn decided against penalizing Vos for contemp, but said she would determine later whether to penalize Vos for how he handled open records requests. She set a hearing for July 28.

Bailey-Rihn said that Gableman gave often conflicting testimony, but it was clear that he had destroyed records “that were contrary to what fits into the scheme of things.”

Vos hired Gableman a year ago, under pressure from Donald Trump, to investigate the former president’s loss to Biden by just under 21,000 votes in Wisconsin. The investigation has cost taxpayers about $900,000 so far. Biden’s victory has survived two recounts, multiple lawsuits, a nonpartisan audit and a review by a conservative law firm.

Gableman has issued two interim reports, but his work has faced a barrage of bipartisan criticism. Vos put his work on hold this spring pending the outcome of lawsuits challenging his ability to subpoena elected officials and others who worked on elections.

Gableman testified Thursday that he did early work on the investigation at a Milwaukee-area library and used his personal email account. Gableman said he did not retain the notes he took during meetings he attended, including one in August in South Dakota hosted by MyPillow founder Mike Lindell. He also testified that he deleted records if there was no pending open records request and he determined it was not useful or pertinent to his work.

Gableman testified that someone in his office deleted his personal Yahoo email account for him after he had received an open records request from American Oversight. Gableman had used that account last summer before he had an official state email address.

The judge asked Gableman if he had searched the account for responsive records before deleting it and he said, “I believe so.”

“Do I specifically recall going back, I don’t,” Gableman said. “But I would have looked at every email account available to me.”

Gableman also revealed that he had to go to the emergency room for COVID-19 after attending an election conference hosted by Lindell in August.

“I went out there because I thought there was going to be some solid evidence of Chinese interference of the (voting) machines and I was very disappointed with the lack of substance to back up those claims,” Gableman said. “And I was annoyed that I had gone out and as it turns out I had COVID. Anyway, I didn’t find anything I could use during that seminar.”

Gableman, under questioning for the judge, also said his research included getting up to speed on how elections work because “I did not have a very sophisticated or intricate understanding.”

Gableman, who smiled when taking the stand, calmly answered questions for more than 90 minutes from the judge and American Oversight attorney Christa Westerberg. He had made sarcastic remarks about Westerberg two weeks ago when he testified in another case where he was the defendant.

Gableman refused to answer questions at that hearing, and in a scathing order last week Dane County Circuit Judge Frank Remington accused Gableman of unprofessional and misogynistic conduct. The judge fined him $2,000 a day until he complied with the open records requests, and referred the case to the office that regulates attorneys in the state for possible further disciplinary action.

Gableman has appealed that ruling.

Vos and the Assembly have argued that they were not responsible for the records held by Gableman’s office. But Bailey-Rihn disagreed. She found Vos in contempt in March for not following the records law but determined Thursday that he had taken steps to purge the contempt order. The judge left open the question of whether he will face penalties under the open records law.

The case is one of three open records lawsuits brought by the liberal watchdog group American Oversight. All of them seek records related to the investigation into the 2020 election that Gableman led.