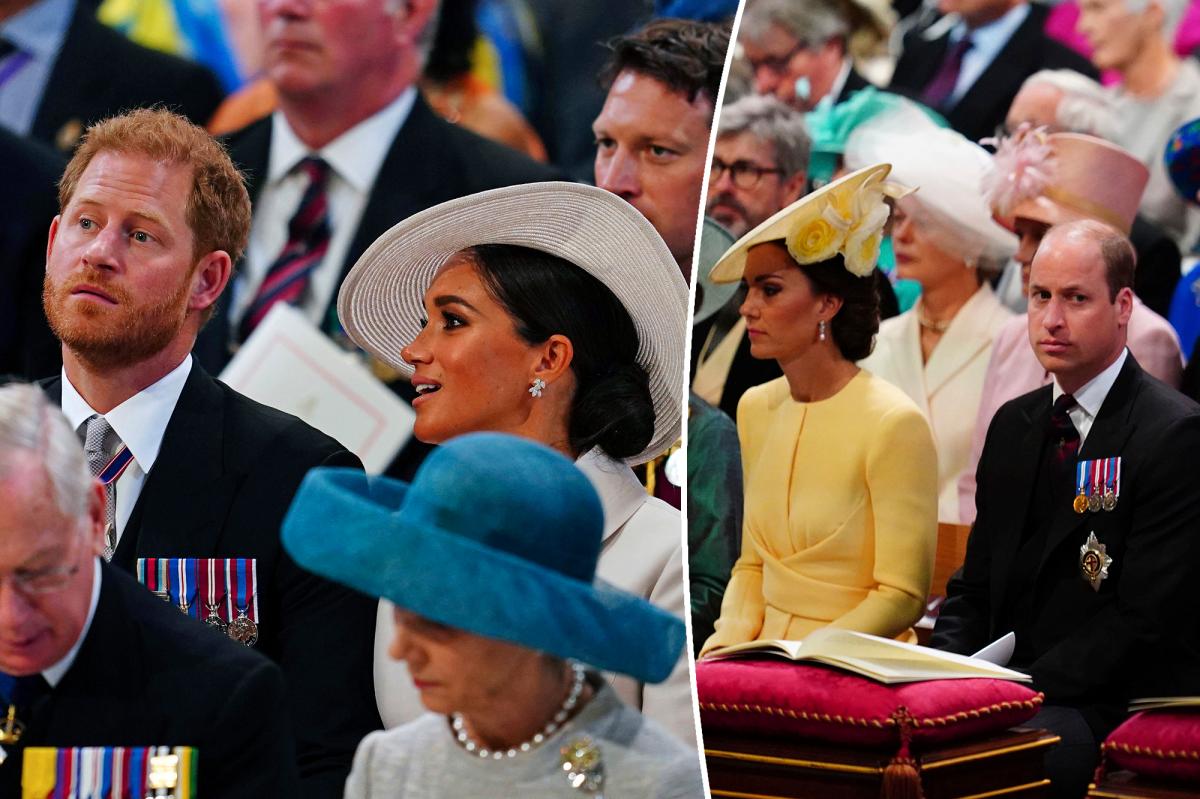 Prince William, Kate Middleton, Prince Harry and Meghan Markle all attended the National Service of Thanksgiving on Friday — but neglected to sit near each other.

The Duke, 39, and Duchess of Cambridge, 40, took their seats on the right side of St Paul’s Cathedral upon arrival.

Across the aisle, the Duke, 37, and Duchess of Sussex, 40, sat with Princess Eugenie and her husband, Jack Brooksbank.

The California residents did not appear to interact with William and Middleton.

“At the moment, it does not look likely that Harry and Meghan and William and Kate will meet up separately during the Jubilee celebrations,” the source said. “There is certainly nothing in the diary at the moment.”

The foursome’s last joint public appearance was at Westminster Abbey for the Commonwealth Service in March 2020, three months after Harry and Markle announced their plans to step back from their senior royal duties.

Days later, the duo moved to America. They now reside in Montecito, Calif., with son Archie, 3, and daughter Lilibet, 11 months, and officially resigned from their royal roles in February 2021.

The family of four traveled to England together for the first time on Tuesday to help honor the 96-year-old queen’s 70 years of service.

Harry and Markle watched Trooping the Colour from the Major General’s Office, seemingly without their little ones. Archie and Lilibet were also absent at Friday’s church service.

“The Queen greatly enjoyed today’s Birthday Parade and Flypast but did experience some discomfort,” the statement read.

“Taking into account the journey and activity required to participate in tomorrow’s National Service of Thanksgiving at St. Paul’s Cathedral, Her Majesty with great reluctance has concluded that she will not attend,” the spokesperson continued.