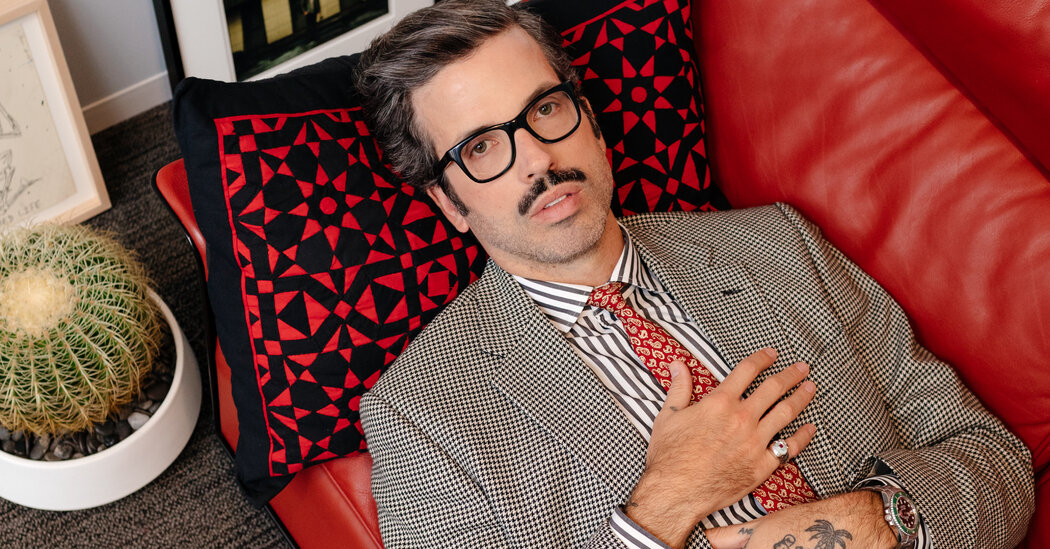 “A controversial cover is by nature a good cover,” Ms. Wintour said in an email. “You want a cover to make people sit up and take notice, and get them talking — what is the point of a cover otherwise? Of course, Will knows this as well as anyone.”

Mr. Welch’s office on the 25th floor of One World Trade is windowless, befitting a top-of-the-masthead editor in these not-so-high-flying times for the magazine industry. He has a framed photograph of Malcolm X on his desk. Near the red sofa, tucked into a spot that Mr. Welch can see from his workstation, is a portrait of Ram Dass, the spiritual leader and author of “Be Here Now.”

“I like to keep my eye on him,” he said during an interview in his office on a quiet summer day.

Mr. Welch grew up in the Buckhead neighborhood of Atlanta. His mother was a clerk for the Georgia State Supreme Court, and his father was a lawyer. As a teenager, he was often on the basketball or tennis court, and he played drums in “a bunch of different rock ’n’ roll bands,” he said. After majoring in English at Columbia, he started his career as a music journalist on the staff of The Fader, writing profiles of Kanye West, the White Stripes, Big Boi and Jerry Garcia.

He joined GQ as an associate editor in 2007 and became the top editor of its spinoff, GQ Style, in 2015. Along the way, he married Heidi Smith, who describes herself on her website as a “psychosomatic therapist, herbalist, and flower essence practitioner.” They live in the Clinton Hill neighborhood of Brooklyn with their two cats.

Not long after Mr. Welch ascended to his current job, GQ’s advertising revenue shot upward, according to Condé Nast. In 2020, Mr. Welch got a shiny new title: global editorial director of GQ, which has 19 editions around the world, 11 owned and operated by Condé Nast (the others are licensed).