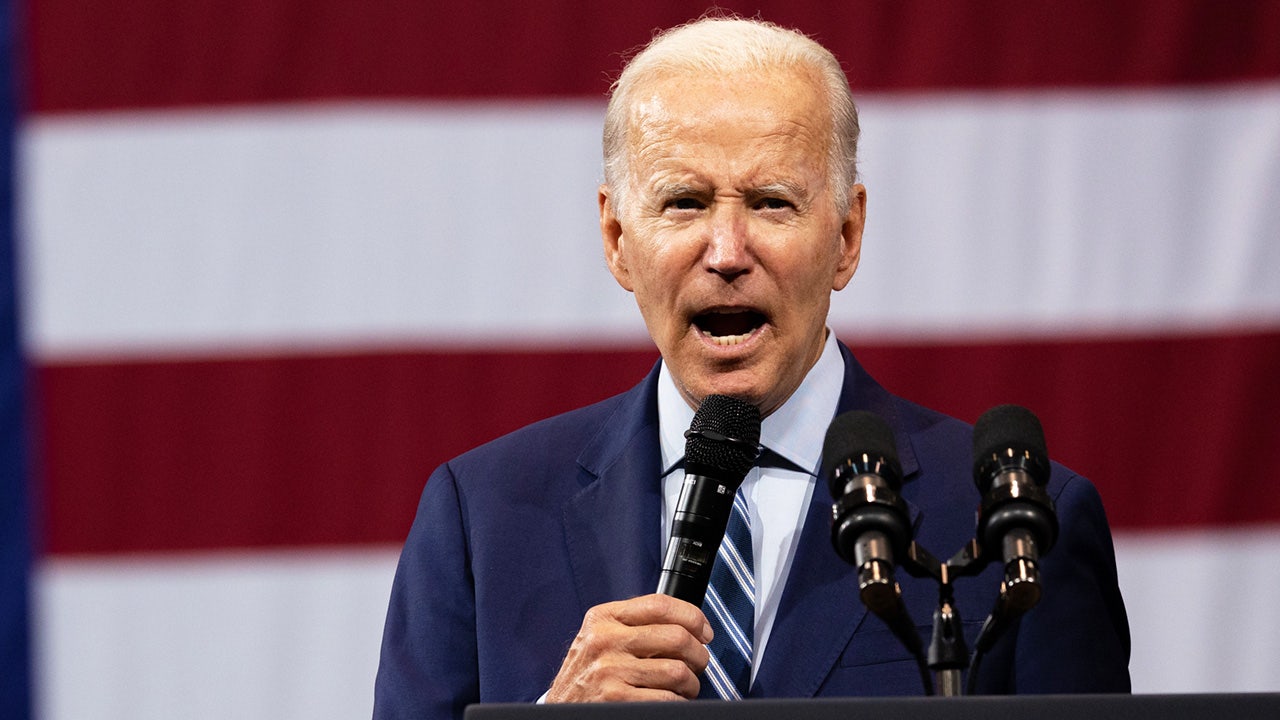 President Biden’s taking to prime time his jabs the past week targeting “MAGA Republicans” whom he argues have embraced “semi-fascism” due to their continued loyalty to former President Donald Trump.

The president will deliver a Thursday evening address where the White House says he’ll emphasize that America’s democracy remains “under attack” and highlight “who is fighting” to protect the nation’s freedoms. And Biden will make his speech at Philadelphia’s Independence National Historical Park, where the Declaration of Independence and the nation’s Constitution were debated and signed.

But the location and timing of the address are telling. The speech, in the crucial general election battleground state of Pennsylvania, comes less than 10 weeks ahead of the November midterms, when the Democrats hope to hold onto their razor-thin majorities in the House of Representatives and the Senate.

Biden’s apparent mission is to change the narrative of the upcoming elections by offering voters a contrast between himself and his party and Trump and his loyal legions. But whether the president’s likely strategy will bear fruit, or backfire, in a year when inflation remains the top issue, won’t be determined until November.

WHAT BIDEN MAY SAY IN HIS THURSDAY EVENING ADDRESS

The president’s rhetoric of late has made national headlines and received plenty of push back from Republicans.

“What we’re seeing now is either the beginning or the death knell of an extreme MAGA philosophy,” Biden told Democratic donors at a gathering in Maryland last Thursday. “It’s not just Trump,” he went on, “it’s the entire philosophy that underpins the — I’m going to say something: It’s like semi-fascism.”

At an ensuing Democratic National Committee rally that evening, the president charged that “MAGA Republicans don’t just threaten our personal rights and economic security, they’re a threat to our very democracy.”

In a speech on Tuesday in Wilkes-Barre, Pennsylvania, spotlighting his plan to tackle crime and beef up police funding, Biden once again took aim at what he claims is the far-right’s extremism and lawlessness.

“You can’t be pro-law enforcement and pro-insurrection,” the president said as he referred to the Jan. 6, 2021, attack on the U.S. Capitol by right-wing extremists and other Trump supporters, which disrupted congressional certification of Biden’s 2020 Electoral College victory over the then-president. “You can’t be a party of law and order and call the people who attacked the police on January 6 patriots. You can’t do it.”

President Joe Biden highlights his anti-crime and police funding plan at a speech at the Arnaud C. Marts Center on the campus of Wilkes University, Tuesday, Aug. 30, 2022, in Wilkes-Barre, Pa.
(AP Photo/Matt Slocum)

It’s unclear if Biden will repeat his sharp jabs in Thursday’s address, one of only a few Biden has given in the evening hours since entering the White House more than a year and a half ago. White House press secretary Karine Jean-Pierre told reporters on Wednesday that the president was still working on drafts of his address with senior advisers.

However, the theme of working to protect the nation’s democracy and rule of law has been a common one for Biden dating back to the launch of his successful presidential campaign more than three years ago. He repeatedly noted that viewing the controversial and violent protests by White supremacists in Charlottesville, Virginia, in 2017 motivated him to make a third White House bid.

“The MAGA Republicans are the most energized part of the Republican Party,” Jean-Pierre said, charging that they are “an extreme threat to our democracy, to our freedom, to our rights. They just don’t respect the rule of law.”

Jean-Pierre spoke as a new national poll from Quinnipiac University highlighted that two-thirds of Americans — including nearly seven in ten Democrats and Republicans — think the nation’s democracy is in danger of collapse.

The president’s attacks, fueled by the latest comments from Trump in the wake of the Aug. 8 FBI search of the former president’s Mar-a-Lago residence in Florida to seek classified government materials, appear to be an effort to transform the midterms from a referendum on record inflation and Biden’s improving (but still well underwater) approval ratings into a choice election between Biden and Trump, and the future of American democracy.

“Former President Trump’s persistence in the news makes it a very ripe target. Trump’s still on the minds of people as they get ready to go vote in the next couple of months and there’s example after example of these extreme MAGA Republicans in races all across the country, at every level of the ballot, that make for a really good target for President Biden,” Moyer emphasized.

But the Quinnipiac poll, which was conducted Aug. 25-29, indicated that inflation — at 27% — remains the top concern on the minds of American voters, with no other issue cracking double-digits.

“The president and congressional Democrats are desperate to change the subject away from their failed economic record and rising inflation,” veteran Republican consultant Brian Walsh argued. “The problem is that Americans are reminded of that every time they go to the grocery store or pump gasoline, where prices are far higher than they were two years ago.”

Republicans are also taking aim at the president over his more aggressive language of late as they contrast it with his longtime preaching of unity between the two major parties.

Republican National Committee chairwoman Ronna McDaniel argued that the president’s “agenda has pitted neighbors against each other, rewarded the wealthy while punishing working families, and trampled on the rights and freedoms of Americans. Joe Biden is the divider-in-chief and epitomizes the current state of the Democrat Party: one of divisiveness, disgust, and hostility towards half the country.”

Republican Gov. Larry Hogan of Maryland told Fox News this week that “Joe Biden ran saying he was going to try to bring the country together and that we needed to lower some of the kind of divisive angry rhetoric and yet this is pretty divisive, angry rhetoric and name calling and a little bit over the top and so I think it’s a mistake.”

“But I get the electoral advantage and why he’s doing that because he’s… got a tough race up in the midterm elections, and he’s trying to move things away from I would say, from his failed record as president and the fact that the Democrats, who control everything in Washington, have moved too far to the left,” Hogan said.

“Attacking the right wing of the Republican Party… the MAGA base… it’s probably good politics, but I don’t think it’s the right thing for the country,” the governor added.

Paul Steinhauser is a politics reporter based in New Hampshire.