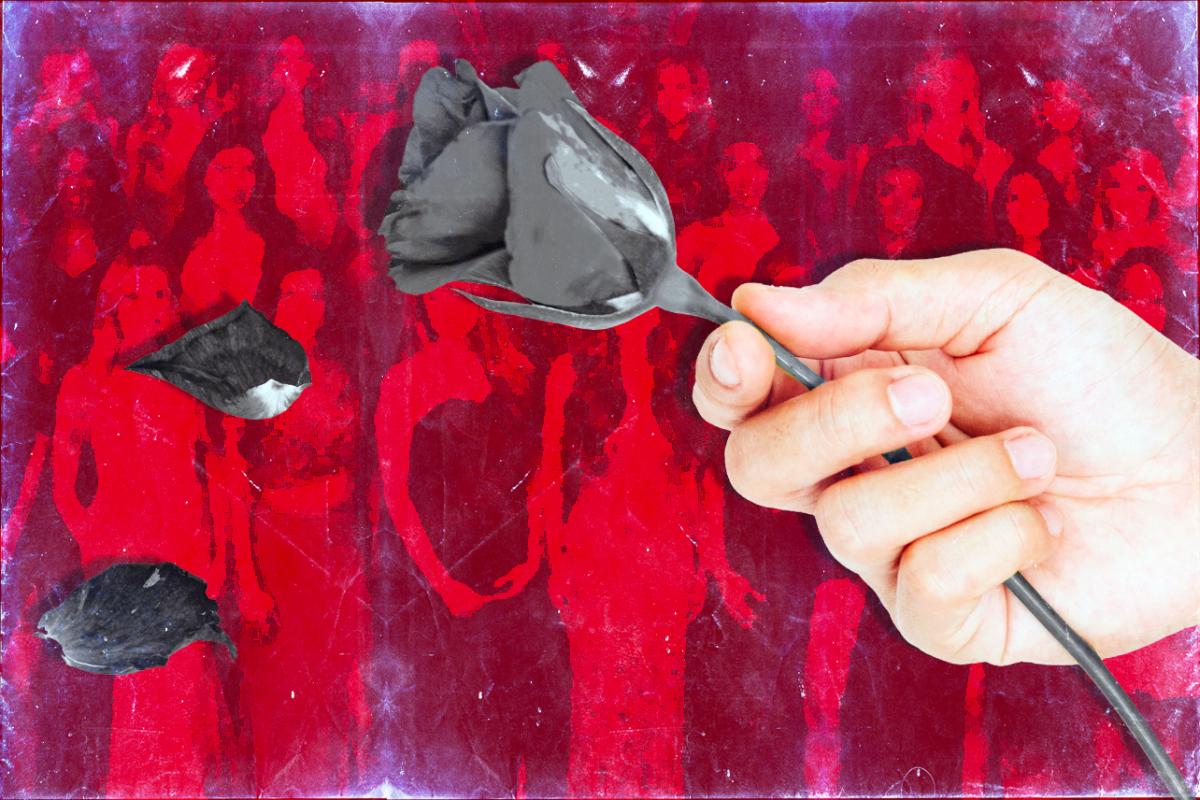 The Bachelor franchise has been an immovable part of pop culture for the past two decades, but as The Bachelorette wraps a turbulent Season 19, longtime members of Bachelor Nation are reevaluating their relationships with the reality shows.

Since premiering in 2002, The Bachelor has given the world 26 seasons, numerous spinoffs including The Bachelorette and Bachelor in Paradise, a podcast, televised wedding specials, an awful video game, and more. In recent years, the franchise has also come under fire for struggles with diversity, elaborate efforts to manufacture drama, and a failure to update its stale show structure. As a result, some vehement fans have cut ties, while others are progressively falling out of love with each passing episode.

On August 15 during a particularly painful episode of a particularly painful season of The Bachelorette, Brett Vergara, who has accumulated nearly 100,000 Twitter followers since he began watching and regularly live-tweeting the franchise’s shows in 2016, announced mid-episode he was taking an indefinite break from all things Bachelor. “It had gotten to the point where my relationship with the franchise was akin to someone you’ve been friends with since grade school, who you’re drifting apart from,” Vergara said in an email to Decider. “There’s this sense of obligation to maintain the course just because of how long you’ve stuck with it, even if you know in your heart of hearts the connection just isn’t there anymore.”

So, I think I need a break from Bachelor things for a bit. Not feeling as invested these days and felt that way for a bit! Gonna give it a bit to reassess – may be back soon, may not be. We’ll see! If you follow purely for Bach stuff, I understand if you go ❤️🌹 #TheBachelorette

“I kept with the show even past those feelings for a while, because I treasure the community and genuine friendships I’ve made through adjacency to the franchise — but just like relationships, there comes a time when you know things have run their course and it’s better to go your separate ways,” Vergara, who created the popular Bachelor fan Facebook group Brett’s Bachelor Buds (since renamed The Bachelor Buds) in April 2020, explained. While his announcement may have been a shock to the 7,000-plus members of this particular fandom, it wasn’t a surprise to longtime viewers like 33-year-old Myah Genung, who related deeply to the sentiment.

Genung started watching Season 1 of The Bachelor as a middle schooler, became an active member of the fandom, and finally called it quits after Clayton Echard was announced as the Season 26 lead. “Clayton was the final straw for me,” Genung explained in a call with Decider. “I not only stopped watching the show — I left the Facebook groups. I stopped tweeting about it. I totally made a clean break.” She describes the breakup as liberating, and says she’s “no longer vexed by a show that I was supposed to be finding an escape in.”

Like other fans, Genung found herself disillusioned in 2021 when the franchise’s pattern of problematic behavior and systemic racism reached a culminating point. After longtime host and executive producer Chris Harrison came under fire for excusing and defending historical racism to the first Black bachelorette, Rachel Lindsay, he stepped away from the franchise as a chunk of Bachelor Nation fought for increased diversity and inclusion from the shows. The efforts were led by the Bachelor Diversity Campaign (BDC), a group of fans who joined forces in 2020, the week after George Floyd’s murder. The BDC challenged ABC and Warner Bros. to meet 13 anti-racist standards, and though some asks were answered — including casting Matt James as the first Black bachelor in Season 25 — Genung ultimately felt the franchise’s efforts fizzled out.

“I realized I was one of those fans that was so invested in the show doing better, being better, actually embracing inclusion in a way that wasn’t exploitative, but was fresh and authentic,” she explained. While the push for diversity was inspiring, Genung says harsh reactions from a conservative chunk of the fandom simultaneously discouraged her and played a part in her departure from the franchise. “We have people who are calling for progress and calling for change, and then we have people adamantly rejecting that. The backlash I saw after Matt James’ season, the whole Chris Harrison debacle, and Rachel [Lindsay] being rushed off of Instagram because of all the hate she got — it felt a little bit too close to the MAGA crowd,” she said. “I started to see that maybe there wasn’t a place for me in this fandom anymore.”

The franchise’s reluctance to embrace change also discouraged Rachel Everley, who remains an active member of the BDC and the Roses for Every Body campaign (which advocates for body diversity in casting) despite not regularly watching the shows. “They don’t seem to want to improve. It’s just been really frustrating. I’m no longer entertained by it, I’m just discouraged,” Everley, who’s watched The Bachelor since its start, explained in a call. “Why do we have to publicly shame this show to make the smallest changes? And why would I want to spend my time on a show that refuses to budge?”

Fans clearly feel the franchise still has significant work to do diversity-wise, but that’s far from its only shortcoming. For Emma Gray, who started watching The Bachelor during Season 16 and is still tiredly tuning in, fatigue also stems from the show’s stale format, which still insists on ending in engagement despite hesitation and straight-up unwillingness from so many contestants. Another disappointment lies in the franchise’s obsession with outdoing the drama of previous seasons. “It feels like there is a greater emphasis on milking the maximum amount of emotional destruction and trauma from the season,” Gray, a journalist who hosts the “Love To See It” Bachelor podcast with creative partner Claire Fallon, told Decider in a phone call. “I think my fatigue exists because I now end almost every season with an overwhelming sense of ickiness. The show is a real bummer…and we don’t watch escapist reality television to be bummed out.”

Along with other hopeless romantics, the experts interviewed for this piece were initially drawn to the franchise to watch a love story, so seeing the shows more focused on capturing conflict than chronicling romance has become a major turn off. “Just watching the leads, I’m like, ‘This can’t be fun for you anymore,’” Genung said. “It used to be so aspirational to be the lead. And now everyone is snot-faced crying in all of the promos I see. Why would anyone want to do this to themselves?”

The decision to cast both Gabby Windey and Rachel Recchia as dual leads on The Bachelorette Season 19 felt especially emotionally manipulative. And though weekly ratings still hover around 3 million — solid viewership compared to fellow network shows — it’s a significant dip from Season 15’s peak of 7.4 million and not all who watch are enjoying themselves. While members of Bachelor Nation still show up, a growing portion of the fandom is slipping into “hate watching” territory, hanging on in hopes that drastic change will finally come, or simply sticking with the routine because they’ve sunk so much time into the franchise already.

For many, The Bachelor was the first of its kind; a reality series that showed a love story unfold from first impression to engagement. Now that that franchise has competition in innovative shows like Joe Millionaire, Love Island, Love is Blind, and FBOY Island, Vergara says “the repetitive format shifts from fun and familiar to stale and tired.”

“Excitement doesn’t need to only hinge on emotional trauma. And I think that the franchise could stand to let its cast members in on the joke a little bit more. That’s something that a show like FBOY Island, which is very clearly in conversation with The Bachelor because Elan Gale went from The Bachelor to create it, [does well],” Gray explained. “Anything that you look at for a certain amount of time can become fatiguing, and any franchise that’s going to exist for 20 years has to be willing to evolve. I think it’s is at an inflection point. I don’t think it’s necessarily a death now, but I think it might be a point of turnover in some fans.”

The franchise’s most successful attempt to switch up structure has been Bachelor in Paradise, which returns with Season 8 on September 27, just one week after The Bachelorette concludes. Though fans still seems to find joy in Paradise’s less rigid structure, without getting creative in format, diversifying casting, dialing down the drama, and shining the spotlight on compelling love stories, fans aren’t sure the franchise’s flagship shows will thrive again.

“It’s time to either like reevaluate, reassess, and make a universal pivot, or close up shop, because if your most vehement fans are falling out of love and getting disillusioned, the dog and pony show isn’t working for us anymore,” Genung said.