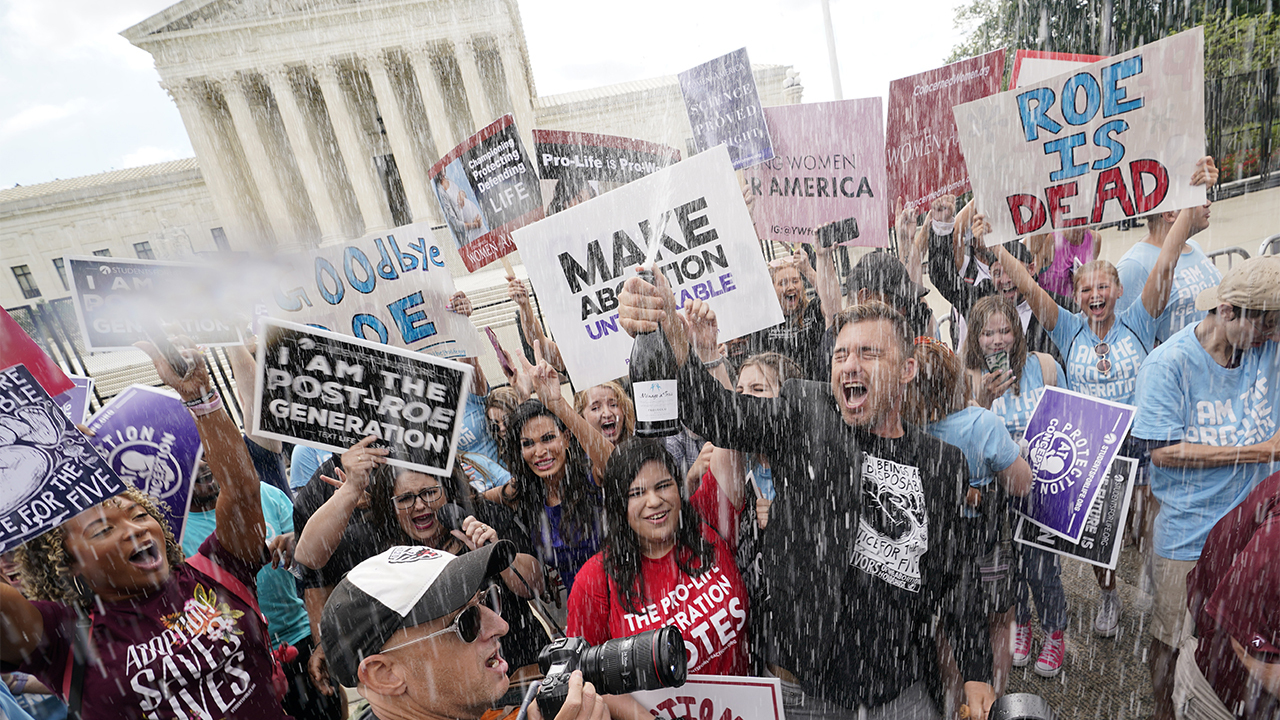 Every newspaper in America is writing about the remaking of American law surrounding abortion as a result of the Supreme Court’s historic decision in Dobbs v. Jackson Women’s Health Organization case. But it’s not only law that’s being remade – it’s our national perspective on motherhood.

This case finally reverses Roe v. Wade, the 1973 decision in which seven male justices put forth a dim view of motherhood, saying it “forced” on women “a distressful life and future.” All mothers know that’s a demeaning and untrue picture, and now, with the Dobbs decision, the damage of that devastating lie can be undone. A post-Roe America can be one that protects unborn children and empowers their mothers.

I had the privilege of serving as counsel to Mississippi in Dobbs. My daughter was about six months old when I was asked to help with the case. She traveled with me to Mississippi and to other places as Alliance Defending Freedom, the non-profit law firm for which I work, supported Mississippi in its arguments to overturn Roe.

My work on Dobbs—a case with the potential finally to return to the states the ability to value every life, no matter how young—was made even more meaningful by having an infant in tow. One memory stands out. Abigail and I had flown most of the morning and just managed to make a critical meeting in Mississippi. My babysitter had not arrived and Abbi needed a nap! Mercifully, she fell asleep in the stroller as we found the meeting room. But it wasn’t long until she woke up—screaming. Despite the awkwardness of comforting a baby while trying to discuss legal strategy, I am grateful for the tangible (and loud) reminder of why Dobbs matters.

The deliberations in Dobbs made clear that America’s appreciation of motherhood is at stake. As 240 women scholars and professionals wrote in an amicus brief in Dobbs, women are fully capable of being mothers and having fulfilling lives. Further, in the 50 years since Roe, every state has adopted safe-haven adoption laws and contraception has become widely available with a median cost and failure rate approaching zero.

The Lord gives different callings to women—each of them glorifying to Him. In my case, a calling first and foremost to my family. A calling to be mom to a pint-sized but ferocious red-headed girl and her two boisterous brothers and to be a supportive wife to an amazing husband. And a calling to use my legal skills for God’s glory, too.

I know motherhood is not easy. It is a profoundly daunting task to be charged with the spiritual and physical well-being of tiny humans. I also know that most law firms (and most jobs) might not joyfully celebrate an infant’s contributions to a discussion. Tragically, the availability of abortion has made the workplace less friendly to women and mothers. Even in the best of circumstances, being a parent is demanding. And it becomes infinitely harder for single mothers, like my mom, many of whom do not have the support of a family, community, or church.

Yet the abortion-on-demand regime imposed by Roe v. Wade is no answer. As Chief Justice Roberts pointed out at oral argument in Dobbs, the United States is less protective of the unborn than almost any nation in the world. Only a few countries (six to be precise) allow for elective, on-demand abortions throughout all nine months of pregnancy—including the United States along with China and North Korea. Not a single European nation goes as far as Roe, and most countries either do not allow elective abortions or limit abortions to twelve weeks.

Further, fifty years of scientific advancement since Roe have taught us more about a baby’s development. We know that life begins at conception. And at just fifteen weeks, when Mississippi’s Gestational Age Act applies, a baby can move and stretch, hiccup, and quite likely feel pain.

Roe’s legacy is one of unwanted abortions. One study showed that most women are unsure of the decision to abort their child. In fact, surveys reveal 75 percent of women who have had an abortion say they would have chosen life if they had support. In a post-Roe America, we must come alongside expectant moms and ensure each has the resources she needs to flourish.

Pro-abortion advocates have no good answer to the fact that nearly every other country is more protective of unborn life. When confronted with that reality, the honest pro-abortion response is the one recently offered up by Bill Maher, the unpalatable position that “life is not necessarily precious.”

On that hot Mississippi day, Abbi was an example of why the Dobbs case matters so much—because every life matters. She was the response to the position that “life is not necessarily precious.” Her round cheeks, red curls, and infectious smile were entirely unique and absolutely precious. And at the very same time, she was no more unique, and no more loved by God, than any other child—each and every one of them deserving of life.

The author served as counsel to Mississippi defending Mississippi’s Gestational Age Act at the Supreme Court of the United States.