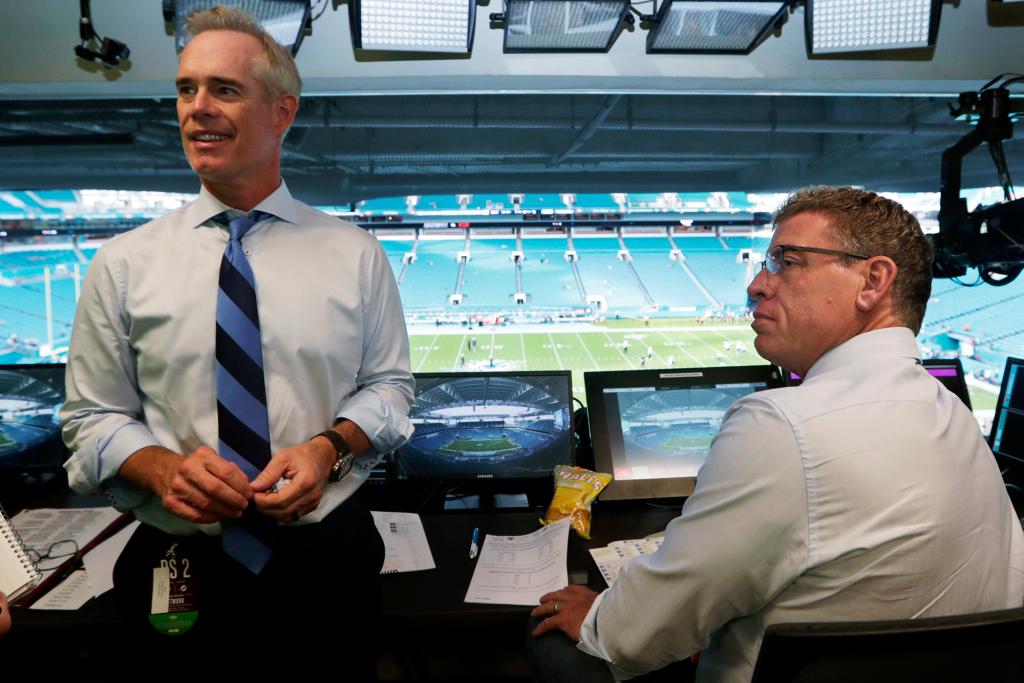 Those tuning in to Thursday’s preseason matchup between the Bears and Seahawks on ESPN were treated to quite the surprise.

With Joe Buck and Troy Aikman sliding into the “Monday Night Football” booth this season following their lengthy tenure at Fox, some suspected that the dynamic duo would call the game. However, the network’s team from last season — Dan Orlovsky, Louis Riddick and Steve Levy — were in the booth.

As the internet buzzed about Buck and Aikman’s whereabouts, Pro Football Talk solved the short-live mystery, reporting that the pair was “doing a rehearsal” in Seattle.

Leading up to what would be a 27-11 Chicago win on Thursday night, Buck posted a photo Tuesday of his preparations.

ESPN officially announced the additions of Buck and Aikman in March, about a month after The Post’s Andrew Marchand first reported that Aikman was on the verge of departing Fox. Aikman signed a five-year, $90 million contract, per sources, while Buck also nabbed a five-year deal worth $75 million.

Buck and Aikman are expected to make their “Monday Night Football” on Monday, Sept. 12, when the Seahawks host the Broncos and their former franchise quarterback, Russell Wilson.