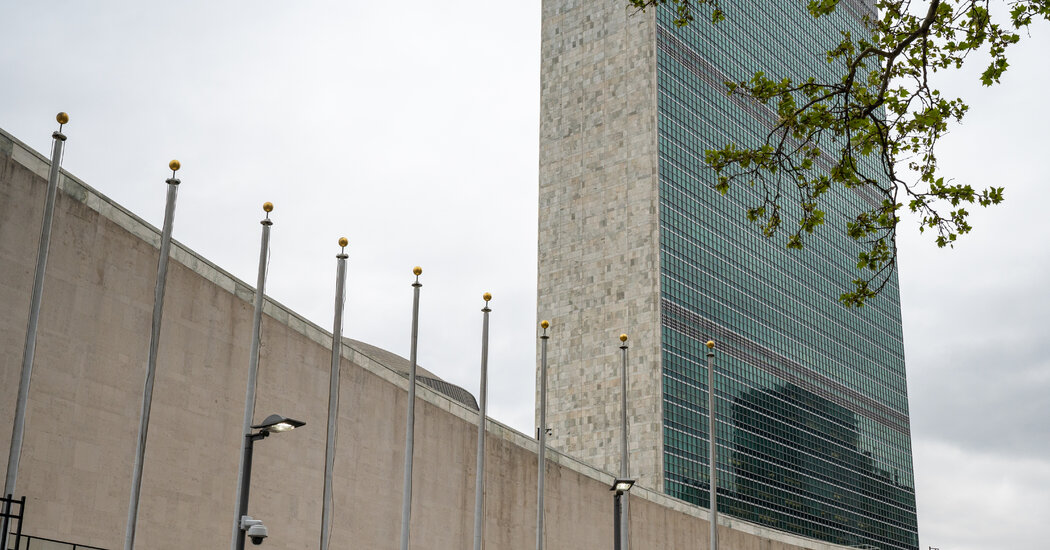 Ms. Kendrick’s lawyers said in a statement that We Are the Oceans delivered on all of its promises to the U.N. and that “the rates paid to all WATO’s participants were at all times legitimate and fair.”

Mr. Svensson, the former employee at the Office for Project Services, said his bosses were focused on arranging a performance of the song by Ms. Faremo. He said she wanted to sing it in the U.N.’s cavernous hall during a 2017 conference about the oceans. They flew in a backing band from Britain, he said.

“Whatever it takes,” he remembered a supervisor saying.

Ms. Faremo sang. But, Mr. Svensson said, an earlier speaker ran so far over time that the hall was largely empty. Mr. Svensson said he planned to include a video of the performance in a documentary he is making about the U.N.

“I agreed to sing this due to my background as a singer,” Ms. Faremo said in her statement. Despite the delayed start, she said, “there was still a crowd in the hall.”

The next year, in 2018, the Office for Project Services announced it was making its first loans. Over the next two years, according to U.N. records, it lent $8.8 million to a company investing in a wind farm in Mexico and $15 million to another company for renewable energy projects. A further $35 million went to build housing in Antigua, Ghana, India, Kenya and Pakistan, projects overseen by a third company.

Business records show that all three companies appear to be connected to Mr. Kendrick. He owns two of them through a family office in the British territory of Gibraltar. The third, based in Spain, does not list an owner in its corporate records — but its directors are longtime associates of Mr. Kendrick, and its email address leads to a company that Mr. Kendrick appears to own half of. U.N. auditors and Mr. Kendrick’s lawyers both referred to the three companies as if they were a single entity.

Mr. Kendrick is a 58-year-old British native who has listed addresses in Spain, according to public records, and he is associated with more than a dozen interlocking companies in multiple countries, mostly in the world of construction. One video, from a project in Antigua in 2014, shows him saying: “I don’t build houses. I’m inspired to build communities.”