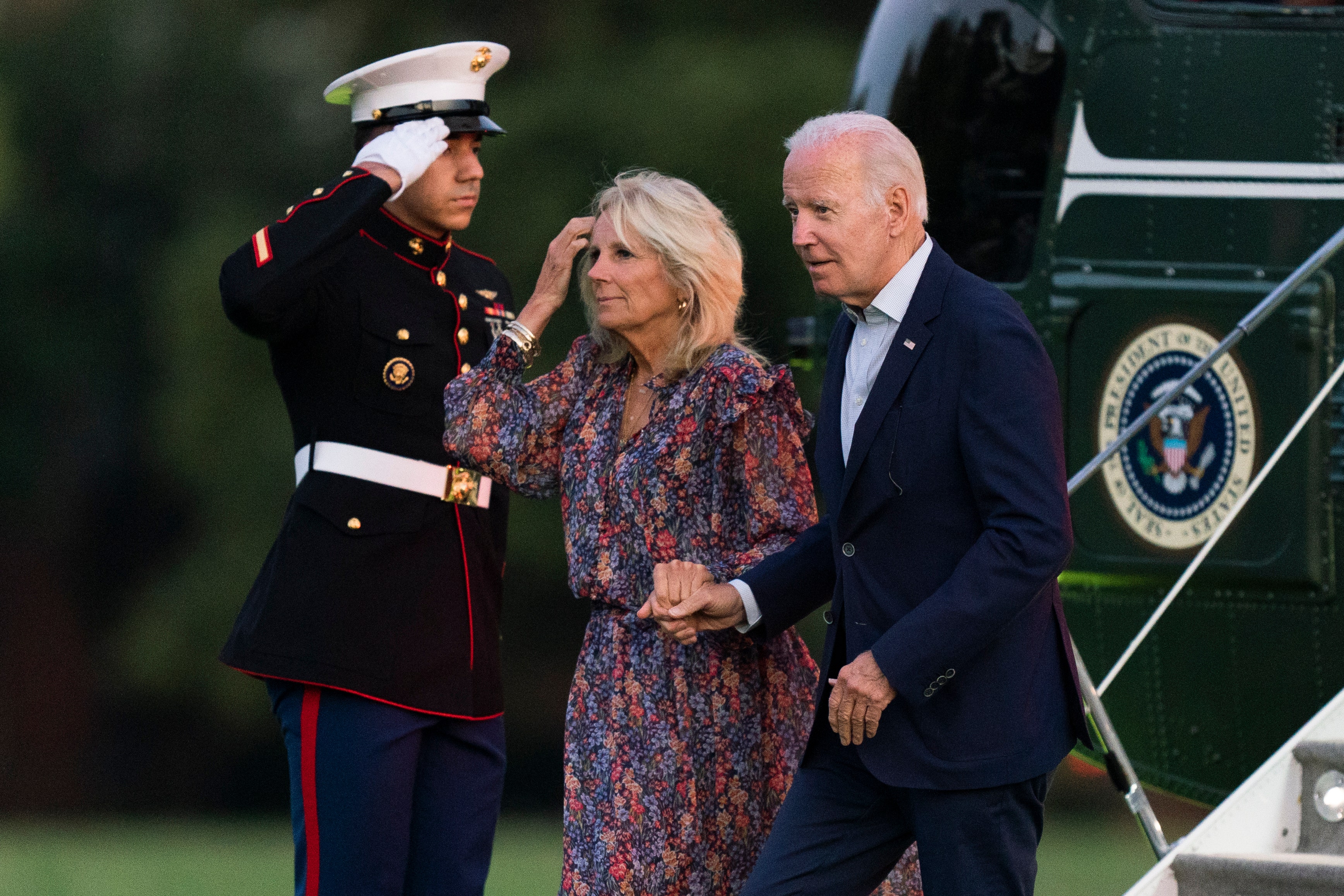 There is simply no question, by any objective standard, that Joe Biden is on a hot streak.

After many months of muddled messaging and plummeting polls, the president has pushed through a raft of important legislation, culminating with a sweeping climate change/health care/corporate taxes measure that will win final approval this week. Some of the bills passed with strong bipartisan support. And it’s been just over a week since the president announced that on his orders, a drone strike had killed the leader of al Qaeda.

But all this may have little impact on Biden’s attempt to rally his party behind him in seeking a second term. The media narrative against him – that he’s too old, too slow, and that most Democrats want a younger candidate – could be too powerful to alter, baked into the midterm cake.

That may be unfair to Biden, who now has a stronger slate of legislative accomplishments than any president in decades, but life is unfair. He would be 82 at the next inauguration and too many of his voters – along with Democratic lawmakers – seem ready to give him a gold watch and a hearty sendoff.

BEHIND THE KANSAS ABORTION SHOCKER : WHY SOME RED STATES DON’T WANT A TOTAL BAN

Imagine a football team that goes 2-7, with growing calls to fire the coach, and then wins its last 7 games to pull out a winning record. Does the strong finish erase the memory of its earlier awfulness?

Keep in mind that journalists worship polls. If Biden were suddenly to get a healthy bump, the media would start doing pieces about his comeback, easing fears among fellow Democrats that he will drag his party down in 2022 and be a weak candidate two years later. But without that short-term pop, the conventional wisdom remains that inflation (though Biden has brought down gas prices somewhat) will drive a sweeping Republican victory in November.

And then there’s the nature of the climate legislation itself, the dubiously named Inflation Reduction Act. Even Bernie Sanders says it will have a “minimal impact” on inflation.

The truth is it will take a while for ordinary folks to feel the effects of the $700-billion bill, and elections are won or lost in the short term.

Sen. Bernie Sanders (I-VT) speaks to a reporter as he leaves the U.S. Capitol following a vote on August 03, 2021, in Washington, D.C.
(Kevin Dietsch/Getty Images)

The measure provides the greatest investment in climate change by a single country, but global warming won’t ease for years, and even the clean-energy funds will have to be awarded and workers hired before anyone’s life is improved.

As the Washington Post points out, the $7,500 credits for buying electric cars only happen if manufacturers displace Chinese batteries by 2024.

Allowing Medicare to negotiate lower prescription drug prices is a long-sought goal, but that will also take some time. The $300 billion in deficit reduction is an important step, but for most Americans the deficit is an abstraction.

Senator Kyrsten Sinema, a Democrat from Arizona, listens during a news conference in the Dirksen Senate Office Building in Washington, D.C., on Wednesday, July 28, 2021.
(Stefani Reynolds/Bloomberg via Getty Images)

The only people in the country who are getting quick relief are the hedge-fund bros who get to keep their gigantic tax loophole, thanks to Kyrsten Sinema’s insistence on taking care of her donors.

Meanwhile, some liberal Democrats can barely hide their dissatisfaction with Biden. In the case of two veteran House members running against each other in a New York district, Jerry Nadler said it’s too early to talk about 2024 and Carolyn Maloney said she doesn’t think Biden’s running (and then apologized by saying she’ll back him if he does but still doesn’t think he will). That is hardly the mark of a strong incumbent.

Rather than trying to hector him out of the race, Maureen Dowd used her New York Times column to appeal to Biden’s sense of history: “He could leave on a high, knowing that he has delivered on his promises for progress and restored decency to the White House.”

Biden wasted months fighting for on a left-wing fantasy bill whose absurd price tag – $3.5 trillion – meant it would never come close to passing a 50-50 Senate. And while Republicans spent many hours trashing the new bill that they can’t stop because of reconciliation – just as Democrats did with the Trump tax cuts – it’s a far more moderate measure than would spend less than a quarter of the original measure.

Maybe this gives Biden a more solid platform to sell himself as worthy of four more years. But for now there’s a profound disconnect between Biden and his voters on whether the man who first ran for president in 1987 should make one last run.