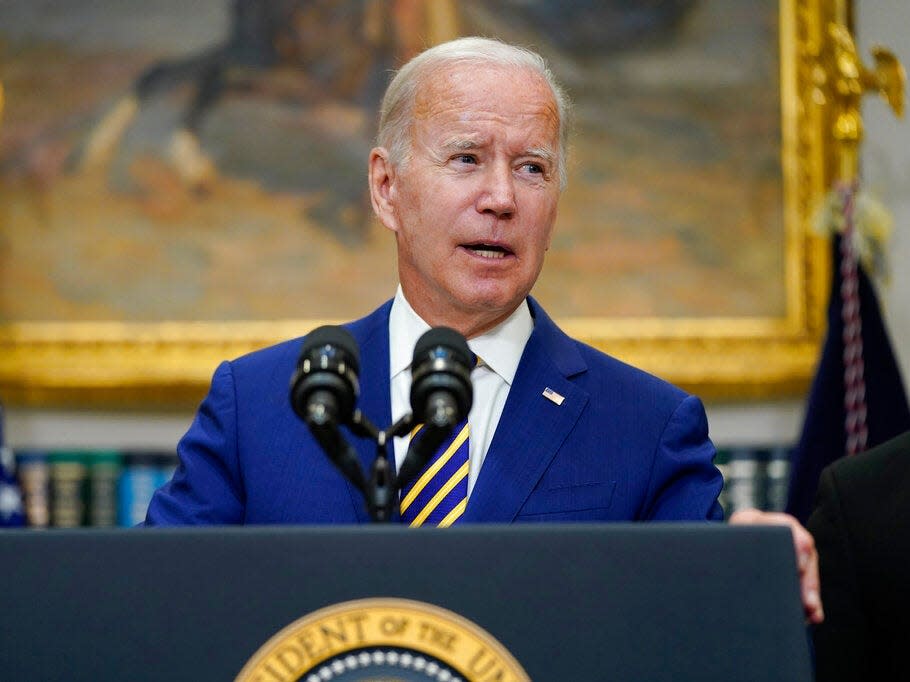 Most Americans support student loan cancellation. That means President Biden’s announcement last week that he will be canceling $10,000 in student debt for federal borrowers making under $125,000 a year — $20,000 for Pell Grant recipients — is a popular one.

But a vocal minority doesn’t think that forgiveness is the way to go.

Susan Dynarski, an economist at Harvard University, used to be in that camp. But this week she wrote about why her stance flipped in an op-ed for The New York Times. It’s because the financial promises — and cost — of a college degree have changed dramatically in the last few decades, she writes, while the government was largely unaware and even inflicted harm to borrowers.

“I long thought that forgiving student loans was a crude and inequitable tool for fixing student aid. College graduates, after all, are the winners in our society,” she wrote in the Times. “I now firmly believe that targeted debt cancellation is the best way to undo the damage done to millions of borrowers by a persistently dysfunctional system of college funding and student loan repayment.”

Faith in the power of a college education made sense 40 years ago, she said. But the skyrocketing cost of tuition since then, as well as a clearer understanding of borrower circumstances, divorce such faith from reality, she argued.

Below are the three reasons Dynarski came around to student debt forgiveness:

Tuition costs have spiked while wages were stagnant

The price of college is a much bigger burden now than it was when she was in school, Dynarski says — and that should be a consideration the federal government makes, she said.

She used her own family’s schooling to make an example, writing that when her older sisters attended the University of Massachusetts Boston in the mid-1970s, tuition and fees for in-state residents were about $600 per year. Accounting for inflation, that’s about $3,605 in today’s dollars, she said. Yet in-state residents paid nearly five times that in tuition and fees in 2022.

“It is simply impossible for students to work their way through college in the way previous generations could,” she concluded.

Indeed, nationwide tuition costs have risen between 144% and 211%, depending on the type of institution, in the last 20 years, according to US News. Dynarksi said that state governments are partially to blame as they have reduced funding to their public colleges in recent years. Dynarski noted the stark contrast between average student debt in 1970 versus today: the typical college graduate who borrows owes $31,000 in loans when they leave college, but that number was $1,100 in 1970 — or $7,500 in 2022 dollars when adjusted for inflation.

And that’s as real wages — wages adjust for inflation — have barely increased in decades.

“It was once taxpayers who bore the burden of college costs, rather than individual families,” she wrote. “The idea was that when those students graduated, they would become taxpayers themselves, who would pay for the next generation to be educated… Instead, students take out loans to pay their increasing college costs.”

Data on how much the debt burden hurts borrowers is grim

Dynarski criticizes the lack of data about borrowers as a policy failure on the part of the US government. She said that information from the Department of Education on student debt was “sparse” until recently, saying that it didn’t release detailed information about debtors.

That lack of information interfered with Congress’ ability to keep track of exponentially growing loans, she said. Dynarski describes the data as showing that typical debt levels were reasonable compared with the average payoff of a college degree, but that it didn’t account for the disproportionate burden placed on low-income borrowers. Especially those who never completed their degree programs.

Data finally released in 2015, she said, painted a different picture.

“Whereas debt had once been concentrated among university graduates, we now saw a huge swath of students borrowing for community college and vocational training,” she said. “Dropout rates were high: During the Great Recession, community colleges were bursting at the seams while their government funding was sinking.”

She added that students turned to for-profit institutions such as DeVry University and the University of Phoenix, which have since been found to have defrauded borrowers, misleading them into borrowing more than their degrees would afford them to repay.

Dynarski comes out strongly against the government, saying that the student loan system “has actively harmed student borrowers, driving many into default.”

She referenced investigations by the Consumer Financial Protection Bureau and the Government Accountability Office, which showed that the student loan companies that the Department of Education outsourced loans to misdirected payments, lost paperwork, and charged incorrect interest rates.

And in addition to bureaucratic headaches, defaults and financial distress are largely affecting the millions of students who drop out without a degree, Dynarski said.

But a “well-functioning system of loan repayment” would not cause the same amount of distress to these borrowers. Dynarski argued that the lack of such a system means that the federal government should take responsibility.