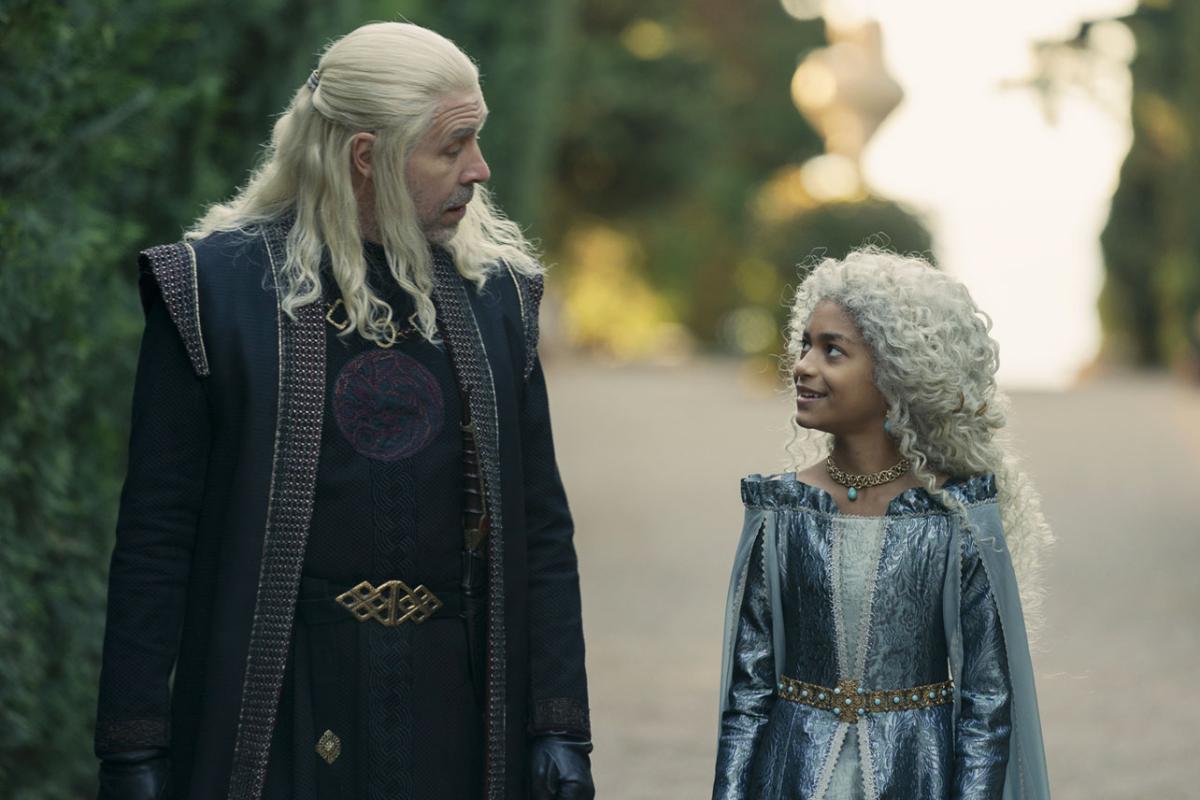 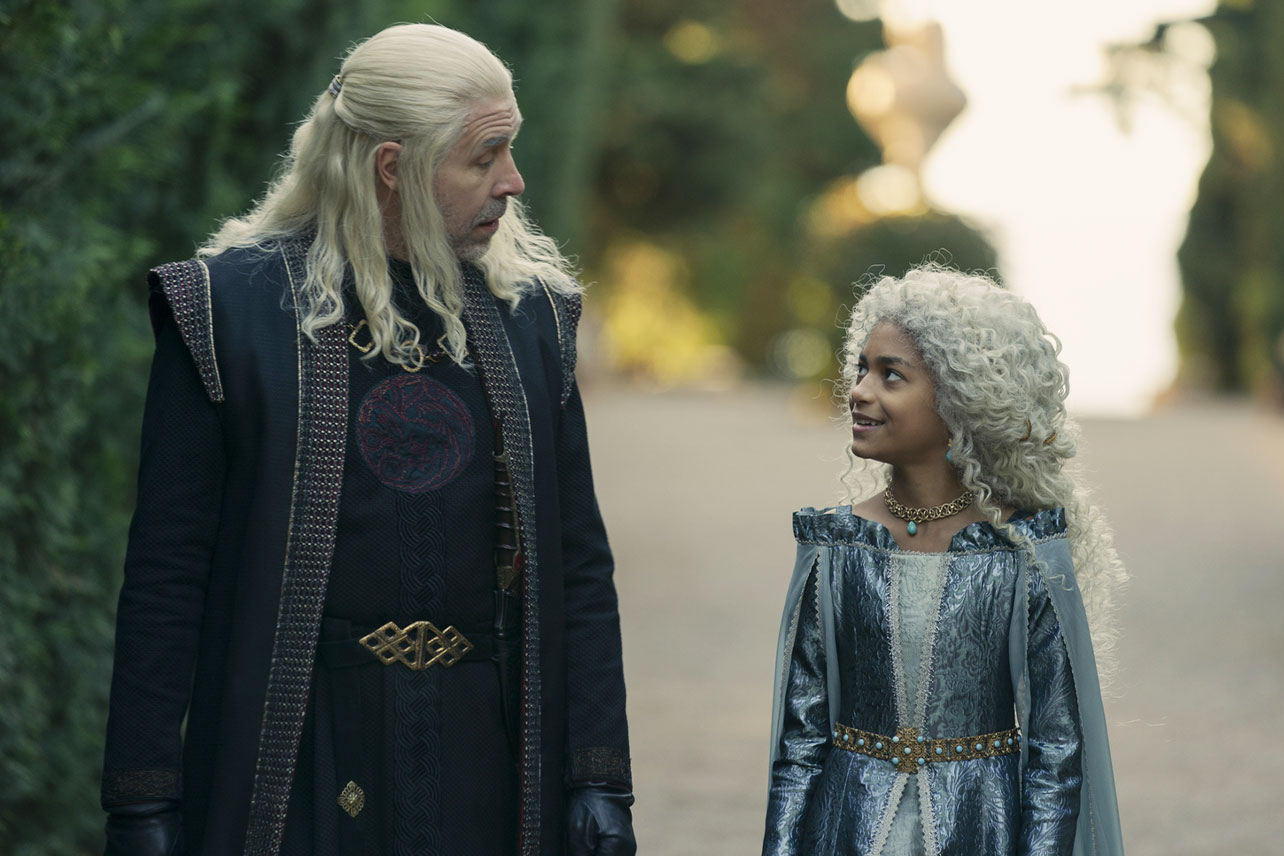 House of the Dragon aired its second episode Sunday night (Aug. 28), and in the aftermath of a gruesome birth scene, came the need to find King Viserys Targaryen (Paddy Considine) a new wife — even if a possible contender is merely 12 years old.

As first introduced in the series by actress Nova Foueillis-Mosé, a young Laena Velaryon is presented as a potential new wife to the King by her parents, Lord Corlys Velaryon (Steve Toussaint) and Princess Rhaenys Targaryen (Eve Best), despite their unsettling age difference. The effort comes as a way to bring together the two houses, and, ultimately, give King Viserys more children to strengthen his bloodline.

Seeing as the first season of House of the Dragon will span many years, here’s everything we know about all three actresses who will play Laena:

Who Plays Young Laena Velaryon in House of the Dragon? Meet Nova Foueillis-Mosé

Not much is known about Nova Fouellis-Mosé, other than the fact that House of the Dragon is her first breakout role. Not too shabby considering the medieval drama holds the record for HBO’s most-watched series premiere.

It’s also unknown exactly how old the young actress is, though in the show, which she’s starred in the first two episodes of, she’s revealed to be 12 years old — so it’s safe to infer that she could be around the same age.

Who Plays Teenage Laena Velaryon in House of the Dragon? Meet Savannah Steyn

Coming in to take over as a teenage Laena is English actress Savannah Steyn, who is 22 years old. She is best known for her role as Ash Harper on Sky One’s science fiction series, Intergalactic. Steyn also starred in the 2019 horror movie, Crawl, as well as the shows, A Discovery of Witches, and The Tunnel.

She will make her debut in the fifth episode of House of the Dragon.

Who Plays The Older Laena Velaryon in House of the Dragon? Meet Nanna Blondell

Nanna Blondell is set to portray an older version of Laena in House of the Dragon. The Swedish actress has numerous credits, both in television and film, including Marvel’s Black Widow and Red Dot — one of Netflix’s first Swedish movies.

The actress, who earned a degree from the Stockholm Academy of Dramatic Arts, posted about her excitement for fans to watch the HBO show on Instagram, writing, “I’m so thrilled to be a part of this. #houseofthedragon stay tuned and enjoy. It’s epic.”

House of the Dragon airs Sundays at 9/8c on HBO and HBO Max.