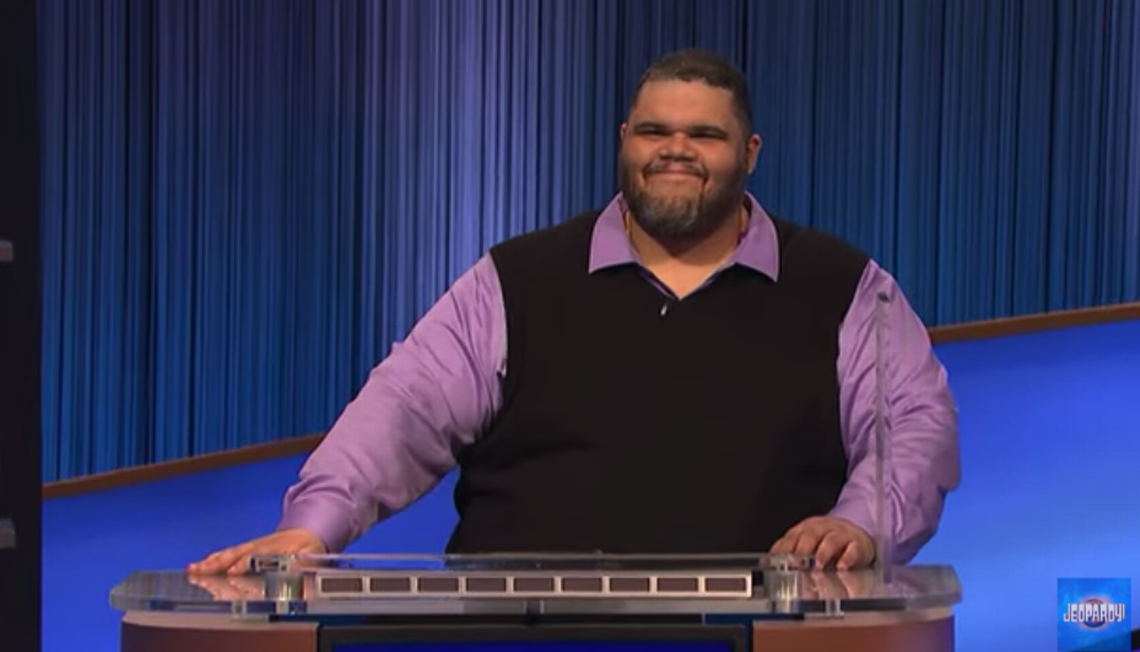 Ryan Long, an Uber and Lyft driver from Philadelphia, is the latest “Jeopardy!” champion to go on a winning streak in the show’s historic season.

With 14 straight victories as of Wednesday, June 1, Long has the ninth longest streak in the show’s history. But that mark still trails three other contestants from this season — Amy Schneider, Matt Amodio and Mattea Roach.

So who is Long? Let’s meet the 39-year-old who came for “Jeopardy!” filming somewhat unprepared.

Two shirts, no glasses, no problem

Long has revealed he only only owns two dress shirts, and he has credited the show’s wardrobe department, calling them “magicians.”

“I gave them almost NOTHING to work with, and they mixed and matched my gear like I was in a RPG,” he said on Twitter.

He told WPVI the two shirts and two sweater vests were “all I could afford.” And besides, he didn’t think he’d last longer than a day on the show, he said.

While he knowingly went into filming with limited clothing options, it wasn’t his intention to forget his glasses. Long said his glasses were 3,000 miles away during filming, forcing him to constantly squint as the clues are shown on the screen during his first several games.

Long told The Philadelphia Inquirer he was hospitalized “for several weeks” in 2021 after he was diagnosed with COVID-19.

His condition was so bad, he told WPVI, that doctors were unsure if he would survive.

“A long way from this guy to this guy,” he said on Twitter, sharing pictures of him on a breathing machine in the hospital and another of him outside the “Jeopardy!” studio.

How does he keep winning?

Long has referred to his brain as a “storage locker” that has been filled up with knowledge.

“Everything that comes out here is just floating around in there somewhere,” he told “Jeopardy!” host Mayim Bialik.

Not bad for a guy who “barely” graduated from high school, he told the Inquirer.

Even when he got to the “Jeopardy!” studios, Long did not have much confidence in himself over the contestants who were more prepared.

“I didn’t study or anything. I probably should have perused something, but I just didn’t,” Long told the Inquirer. “I just kind of went in and did my thing.”

It’s made Long’s experience on the show “surreal,” he told “Jeopardy!” producers.

“I thought that I could do okay, maybe. But I didn’t think I would get anywhere near this level,” he said after winning his fifth straight match in May.

How does he stack up with other champs this season?

Long still needs nine more wins to match the most recent long-running contestant, Mattea Roach, who won 23 straight games during episodes that aired in April and May.

If he achieves that mark, he’ll still have a ways to go to catch the season’s top two champions. Amy Schneider and Matt Amodio won 40 and 38 straight games, respectively.

He’s averaging $18,578 per victory, which is about $6,000 less than Roach’s average and around half that of Schneider and Amodio.

If Long accumulates an additional $150,900, he’ll move into the top 10 for the show’s leaderboard for highest winnings in regular-season play.

Long has already assured himself a spot in the season’s Tournament of Champions, where he’ll go up against the show’s top competitors from the season this fall.