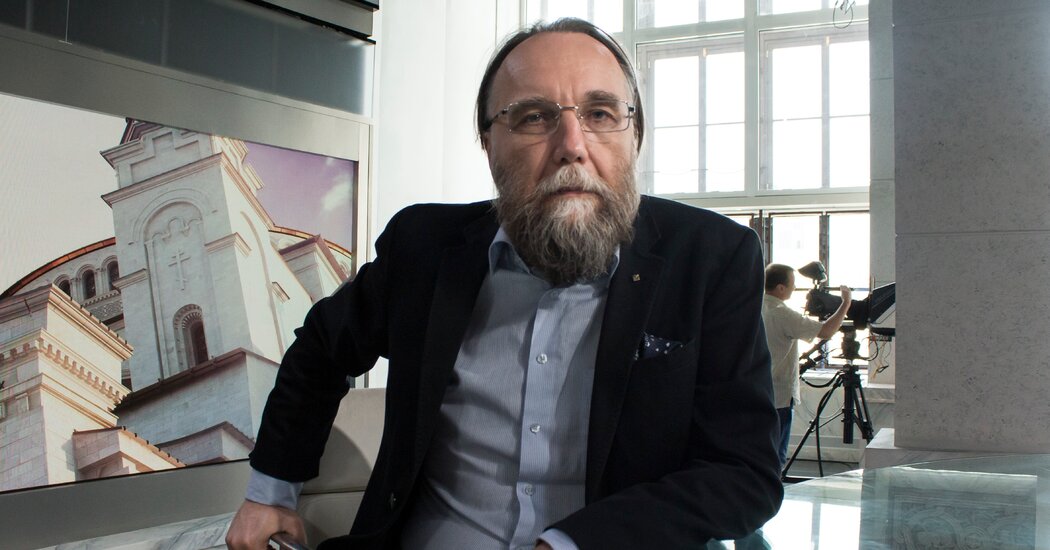 Aleksandr Dugin, 60, is a Russian political thinker sometimes called “Putin’s philosopher” who has been a leading advocate for conquest of Ukraine.

Originally an anti-communist dissident, Mr. Dugin in recent years has focused on influencing the Kremlin and promotes a vision of a resurgent Russia whose main enemy is an “Atlantic” world led by the United States.

His thinking builds on ideas of “Eurasianism,” that Russia is a distinct civilization that should forge a continent-spanning state along the lines of its former empire but without the Communist ideology of the Soviet Union. Jane Burbank, an emeritus history professor at New York University, has written that in Mr. Dugin’s view, after the Soviet Union’s “sellout” to the West in the 1990s, “Russia could revive in the next phase of global combat and become a ‘world empire.’”

Mr. Dugin called the 2013 Ukrainian uprising against the country’s pro-Russian leadership a “coup d’état by the United States” meant to thwart such an expansion. “Only after restoring the Greater Russia that is the Eurasian Union, we can become a credible global player,” he said.

The United States imposed sanctions against Mr. Dugin in 2015 for his role in policies that threatened Ukraine, including helping to recruit fighters for Russian-backed separatists in eastern Ukraine. His daughter Daria Dugina, 29, who was killed on Saturday when the car she was driving exploded on a highway outside Moscow, was a journalist who was hit with sanctions this year by both the United States and Britain, accusing her of publishing disinformation on Ukraine.

Writing before the incident on Saturday in his channel on Telegram, a social messaging app, Mr. Dugin said that Russia could not win the war in Ukraine unless it puts the entire society on a war footing. He said that recent attacks inside Crimea and Kyiv’s pledge to launch a counteroffensive demonstrated that Ukraine and its Western allies were not ready to compromise.

Russia has “challenged the West as a civilization,” Mr. Dugin wrote in the post. “This means that we must also go to the end.”