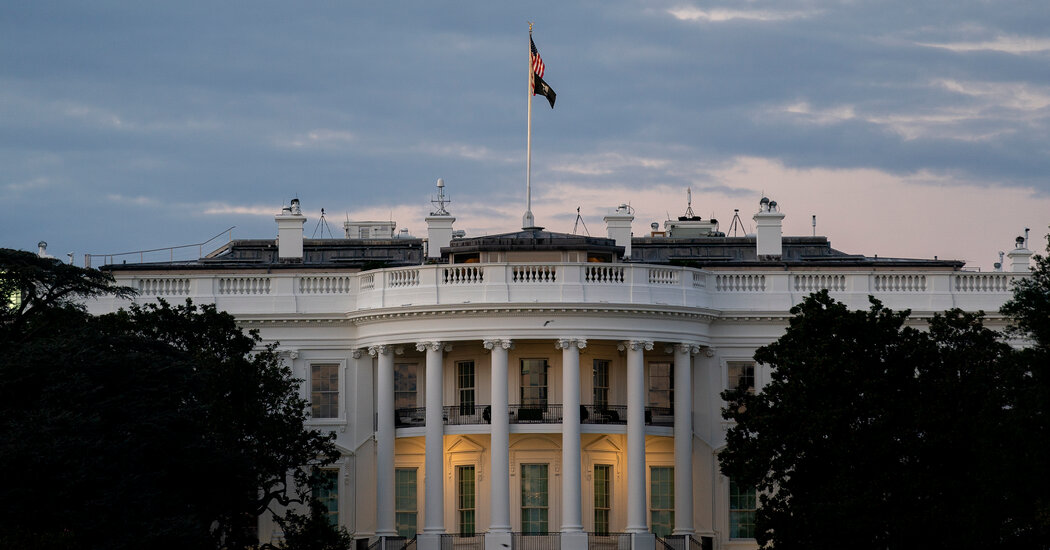 In six tweets, the White House account quoted a Republican representative’s criticism of President Biden’s student loan plan and replied with how much money that member of Congress had accepted in forgiven loans as part of the Paycheck Protection Program, which was intended to help businesses during the coronavirus pandemic.

It was a simple formula, and one that had been employed all over social media at that point, but given the source, the tone was unusually pointed. The approach had its fans on Twitter: “This is the best White House trolling ever!” one wrote.

“We’ve never hesitated to call out hypocrisy, and we’re not going to stop now,” Alexandra LaManna, a White House spokeswoman, said when she was asked about the tweets on Friday. “It’s important to make clear that many of the same people calling student loan debt relief — which will help the middle class and working families by giving them more breathing room — a bailout for the wealthy had no issue with loan bailouts that benefited their own companies, and no issue with giving tax cuts to corporations and the wealthy.”

The White House was not the first to highlight the government debt relief received by critics of student loan forgiveness. Soon after the plan was announced on Wednesday, individuals and activists found critics’ loan information on public databases and shared it online.

One graphic in particular was shared widely and listed the same six Republicans the White House identified and seven other members of Congress who it said had been forgiven between $38,000 and $4.3 million in P.P.P. loans.

The comparison between the two loans is not perfectly equivalent. The P.P.P. loans were effectively designed to be forgiven. The federal government offered them without the traditional standard of vetting for business loans in an effort to quickly distribute money to businesses that were struggling during the first years of the coronavirus pandemic. Nearly every company with 500 or fewer workers qualified for the low-interest loans, which were forgiven so long as the money went to permitted costs.

Matt Coleman, a spokesman for the U.S. Small Business Administration, said the agency could not comment on the White House tweets. “It is longstanding agency policy spanning multiple previous administrations not to comment on individual borrowers,” he said.

The sums that the representatives’ businesses received through this program were also much higher than any one person will get from the student loan forgiveness program, which will cancel up to $20,000 in loan debt for people below certain income limits.

Independent analyses show that the people eligible for college loan debt relief are disproportionately young and Black. The Education Department estimates that nearly 90 percent of affected borrowers earn $75,000 a year or less.

Some in the worlds of social media and politics speculated that this sassy new tone for the @WhiteHouse account was the work of the strategist Megan Coyne, who until recently had run the unusually brash New Jersey state government Twitter account under Gov. Philip D. Murphy, a Democrat. Ms. Coyne announced on Aug. 1 that she was joining the Biden administration’s Office of Digital Strategy as deputy director of platforms.

But the White House would not say how much Ms. Coyne was involved with the messaging, and she had no comment apart from tweeting a smiley emoji above a screenshot showing that the responses to the critics were a top trend on Twitter.

The approach itself clearly had full buy-in from the Biden administration. Asked about the tweets on Friday, Bharat Ramamurti, a deputy director of Mr. Biden’s National Economic Council, told reporters at a White House briefing that “we absolutely think it’s a fair comparison” between P.P.P. and student debt.

“Our view is, why is there a double standard here?” Mr. Ramamurti said. “Why is it, from the perspective of Republicans, great to forgive a loan of up to $10 million to a business owner, but if we want to provide $10,000 or $20,000 in loan forgiveness for a teacher or a bus driver or a nurse, all the sudden it’s socialism?”

These nuances aside, the Biden White House’s use of a meme jolted a somewhat-sleepy account into the center of the social media debate about the student loan plan.

One of its tweets, which said that Representative Markwayne Mullin, Republican of Oklahoma, had more than $1.4 million in P.P.P. loans forgiven, was shared more than 44,000 times. A White House tweet from a day earlier, which included a video clip of Mr. Biden announcing the student loan plan, was shared just a little more than 1,000 times.

The change in tone even coincided with more aggressive language from Mr. Biden, who in a campaign speech on Thursday night condemned “extreme MAGA Republicans.”

But by Friday morning, the White House account was back to its usual businesslike tone, posting an infographic with student loan data. It had been shared a little more than 2,100 times as of Friday afternoon.