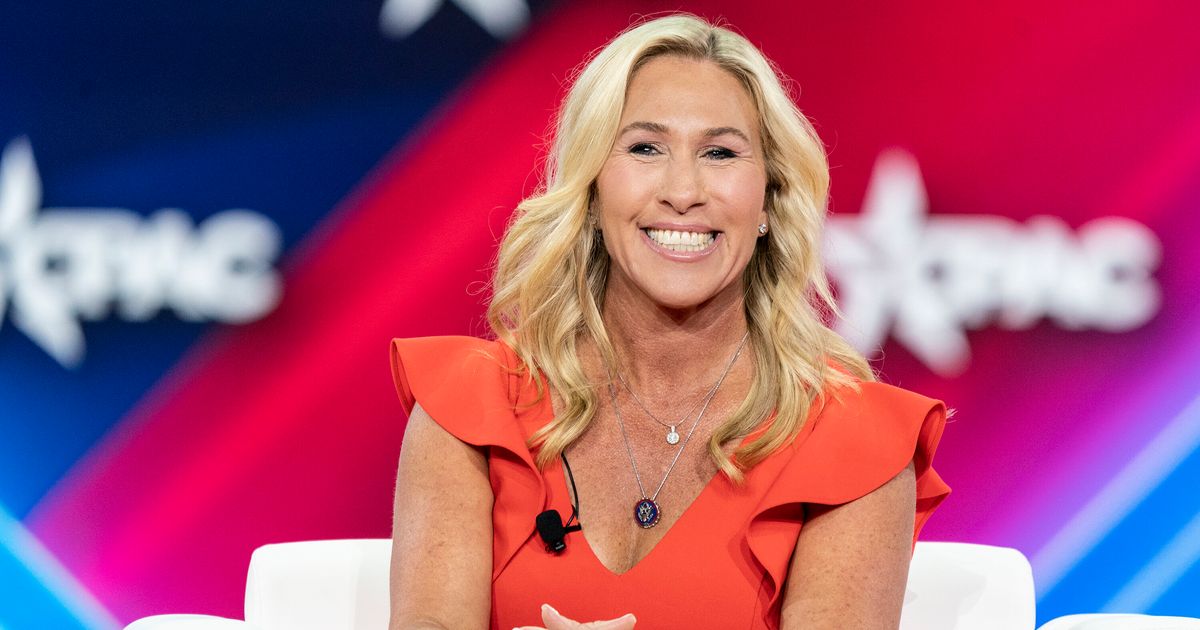 “Congresswoman Marjorie Taylor Greene had $183,504 in PPP loans forgiven,” the White House tweeted, sharing a link to the lawmaker complaining on Newsmax that it’s “completely unfair” for the government “just to say ‘ok’ your debt is completely forgiven.”

In 2020, her family’s construction company received upward of $182,000 in loans that did not have to be paid back, according to a ProPublica database. Including interest, the total amount forgiven was $183,504. Greene’s office did not immediately return a request for comment Thursday.

Conservatives have been up in arms about the Biden administration’s plan to help dig low- and middle-income earners out from under the enormous costs of an American college education. Many Republican politicians have painted it as an unfair handout to wealthy people who chose to attend college.

The White House also shared criticisms of the student loan forgiveness plan from other Republican House lawmakers, alongside the amounts they were forgiven in PPP loans ― with some landing upward of $1 million.

Yet, according to the Twitter account for Republicans on the House Judiciary Committee, “If you take out a loan, you pay it back.”

According to the White House, 90% of relief dollars will go to people earning less than $75,000 per year, targeting middle-income and low-income workers.

PPP loans were introduced to support small businesses in 2020 during the coronavirus pandemic, and borrowers were eligible for loan forgiveness if they used at least 60% of the loan to fund staff wages.