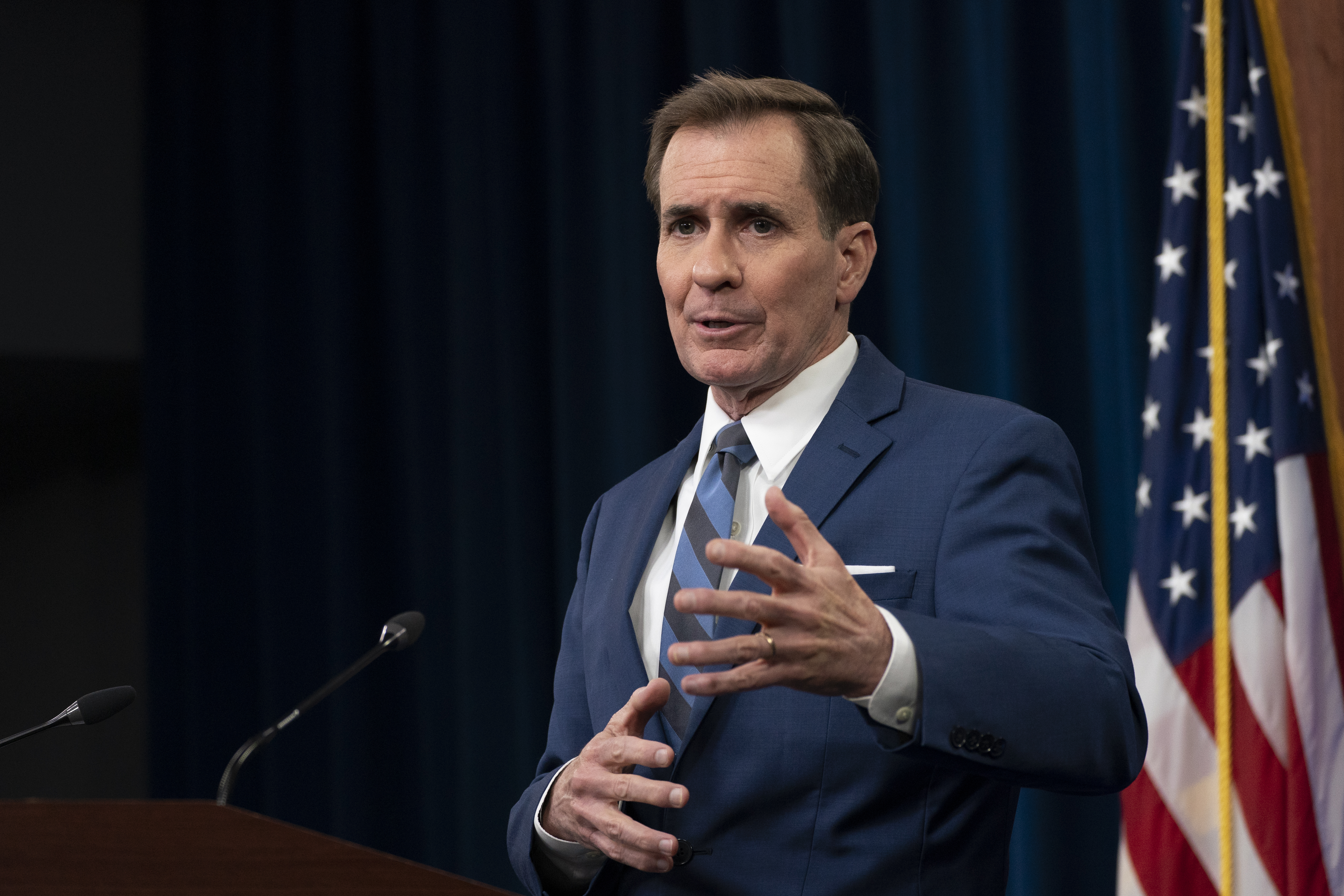 The announcement comes after weeks of speculation about whether Kirby would move to the White House, particularly as it faces its own communications shake-up following former White House press secretary Jen Psaki’s departure this month. There were also rumors that Kirby might get Psaki’s old job, though the White House elevated former deputy press secretary Karine Jean-Pierre to the top post.

Kirby said he was “honored” to be selected for this new role and praised President Joe Biden, Defense Secretary Lloyd Austin and his team at the Pentagon.

“Secretary Austin has been more than just my boss; he’s been a mentor and a confidante, and he has helped make me a better communicator. He has trusted me to speak for the Department, and he has trusted me to speak for him,” Kirby said. “I also thank my entire team at OSD Public Affairs. When I messed up, they fixed it. When I did well, they made it so. I’ve never known a better team of professionals.”

As murmurs about Kirby’s new role began to circulate, so did questions about what his new job at the White House might entail. It was suspected that Kirby could be used in the briefing room, as foreign policy matters remain one of the key daily topics, or he could act as a surrogate on television, where he’s comfortable given his time as the Pentagon’s chief spokesperson and with his work as a former CNN pundit.

It’s also unclear who might fill Kirby’s shoes in the Defense Department briefing room. For now, the most likely candidate appears to be his deputy, J. Todd Breasseale, who has worked in top communications jobs at Microsoft and Facebook. He would be the first openly LGBTQ+ Pentagon press secretary.