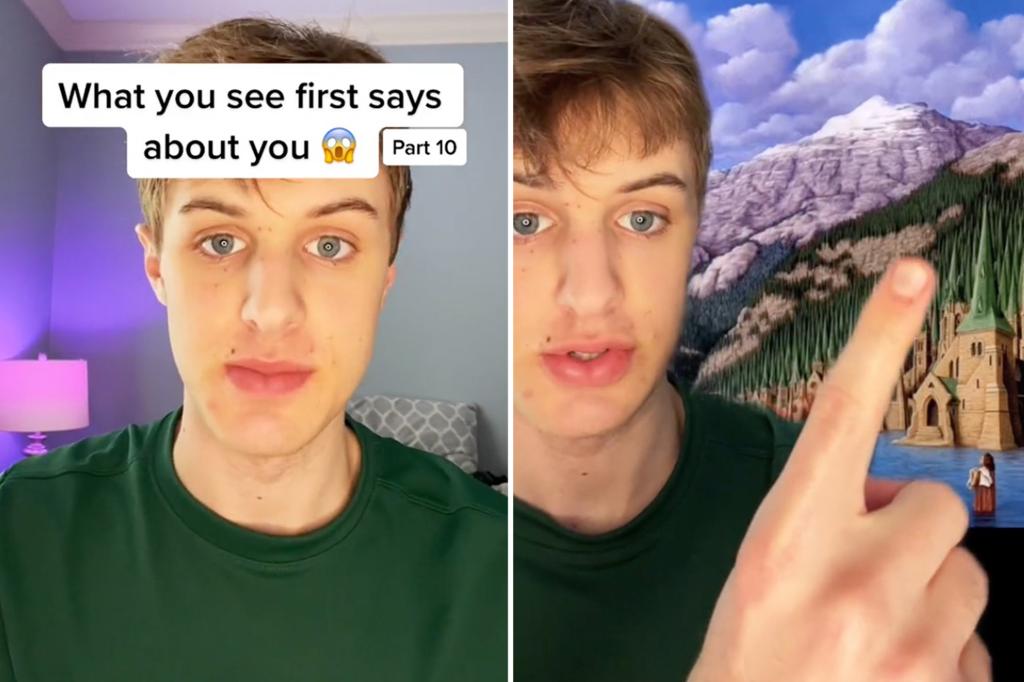 When you look at this optical illusion, what you notice first reflects who you are – so what stands out to you?

According to one TikTok user, this image will reveal if you’re totally selfless or focused on the little details.

TikTok user ItsMe.Fuzz shares and interprets art on his channel, where the presenter and his 111k followers discuss the potential meanings of each piece.

He recently shared an eye-popping piece by artist Rob Gonsalves and claimed that what viewers notice first in the illusion can reveal lots about their personalities.

“If you saw the buildings first, this means that you’re very creative and have a very keen eye for detail,” the TikTok creator explained.

But that’s not all the illustration contains.

“If you ended up seeing the trees first, this means that you overall love nature and love being in it,” he said.

“You also like to make others happy before yourself,” the presenter added.

In the comments section, viewers shared which part of the image they noticed first, and weighed in on the accuracy of the TikTok star’s claims.

“This is totally wrong,” one commenter dismissed.

Other people, who instantly saw multiple aspects of the image, were happy to have multifaceted personalities.

“I saw both and both are true,” a cheery viewer wrote.

“I saw the building on the left and trees on the right,” another said. “Creative whilst loving nature, nice.”

Several viewers expressed that they actually noticed a different part of the illustration first – and didn’t get an explanation or interpretation.

“You didn’t tell about the mountains,” a commenter wrote. “I saw them first.”

Not everyone believed in the phenomenon.

One commenter even called out the TikTok host and revealed the “secret” behind the personality test.

“What determines what you see first is where you’re looking on your phone screen when the picture popped up,” they wrote.

This story originally appeared on The Sun and has been reproduced here with permission.