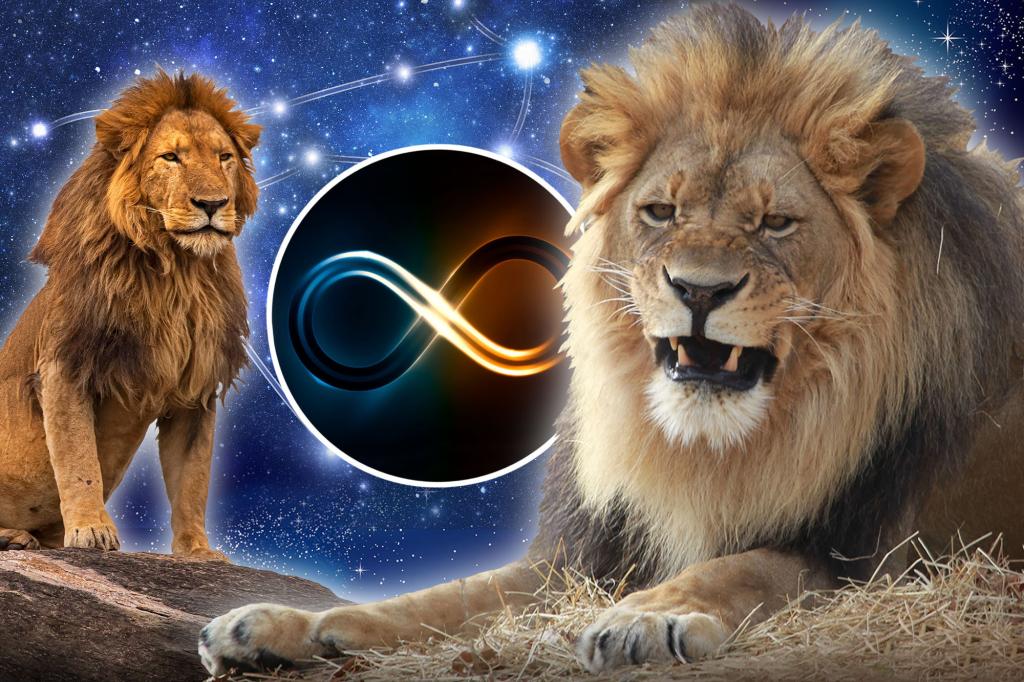 The portal widens its jaws from July 28th – August 12th but its powers are thought to peak on the 8th. What are the origins of the Lion’s Gate and how can you maximize its potential? Read on to learn more

Meaning of the Lion’s Gate Portal

The power of the Lion’s Gate lies is the cosmic synergy between stars, signs and numbers but the term itself refers to the annual alignment between the sun in Leo and Sirius, the brightest star in the night sky, also known as Alpha Canis Majoris or Dog Star.

Ancient Egyptians venerated Sirius as the personification of the agricultural goddess Sopdet and associated the star’s heliacal rising with the annual flooding of the Nile River and the onset of a new year.

Aptly, Sirius rises while heart forward Leo, the sign of confidence and expression, rules the skies. Leo has an eye rolling reputation for being extra, for taking up space and asking for more, an undue condemnation that is more of a reflection of their detractors, those that can’t stand to see themselves.

Indeed, Leo energy offers perennial lessons in self-love; Leos believes that they are entitled to pleasure and deserving of desire and ask for what they want without shame, humility or hesitation. Leo doesn’t accept scraps or second best and neither should we.

In a world that demands we be small, scared and starved of fulfillment, Leo tells us to be brave to be free and to be full. In the words of author and activist Audre Lorde, “Caring for myself is not self-indulgence, it is self-preservation, and that is an act of political warfare.” Indeed, the Lion’s Gate gives us permission to want and Leo remind us that we are worthy of worship.

Significance of the number 8

In Numerology, the number 8 is symbolic of abundance and achievement and also of karmic debts. A power number, eight is the union of the material and the spiritual, represented by the interlocking circles within the numeral itself. Predictably, the double dose of 8/8, the eighth day of the eighth month, offers the opportunity for spirit to make the intangible, tangible and our intentions our actualities.

In astrology, the eighth house is associated with sex, death and regeneration, serious and seriously scorpionic business. The eighth house speaks to the cyclical nature of life and loss and also to the unending; the number eight being an upturned infinity symbol. Consequently for the ancients and in keeping with themes of death and rebirth, the Sirius star disappears for seventy days every year and it takes approximately seventy days to complete the process of mummification.

In the tarot, the eighth card is Strength which corresponds to the sign of Leo and features a woman, crowned with the symbol for infinity, calmly keeping company with a lion. In this sense the number eight relates to the channeling of animal instincts into focused power, the feral becomes regal, strength begets subtly and wildness wisdom. The overturned eight stands as a symbol of infinite potential that breathes in, through and around all of us.

As the ancient Egyptians did, we can think of the Lion’s Gate as the beginning of a new year and likewise offer our reflections on the past and resolutions for the future. It’s a time for breaking free of form and cutting loose the patterns that prevent our becoming. Leo is associated with the children, creativity and play, and the Lion’s Gate offers the opportunity to revisit our own inner child and to ask for insights on how to carry and care for, who we once were and who we might yet be.

To make the most of the moment, begin the day with a meditative practice, clearing your mind will allow for messages to be heard and desire to be defined. Keep in mind, to get what you want, you must first speak it. To heal, you must first point to what has harmed you. Likewise, the Lion’s Gate requires us to ask and acknowledge out loud. Consider the gospel of apex Leo Madonna, “A lot of people are afraid to say what they want. That’s why they don’t get what they want.” Praise be Madge. Now go forth star babies, howl for your healing and roar for your wanting.

Astrology 101: Your guide to the stars

Astrologer Reda Wigle researches and irreverently reports back on planetary configurations and their effect on each zodiac sign. Her horoscopes integrate history, poetry, pop culture and personal experience. She is also an accomplished writer who has profiled a variety of artists and performers, as well as extensively chronicled her experiences while traveling. Among the many intriguing topics she has tackled are cemetery etiquette, her love for dive bars, Cuban Airbnbs, a “girls guide” to strip clubs and the “weirdest” foods available abroad.