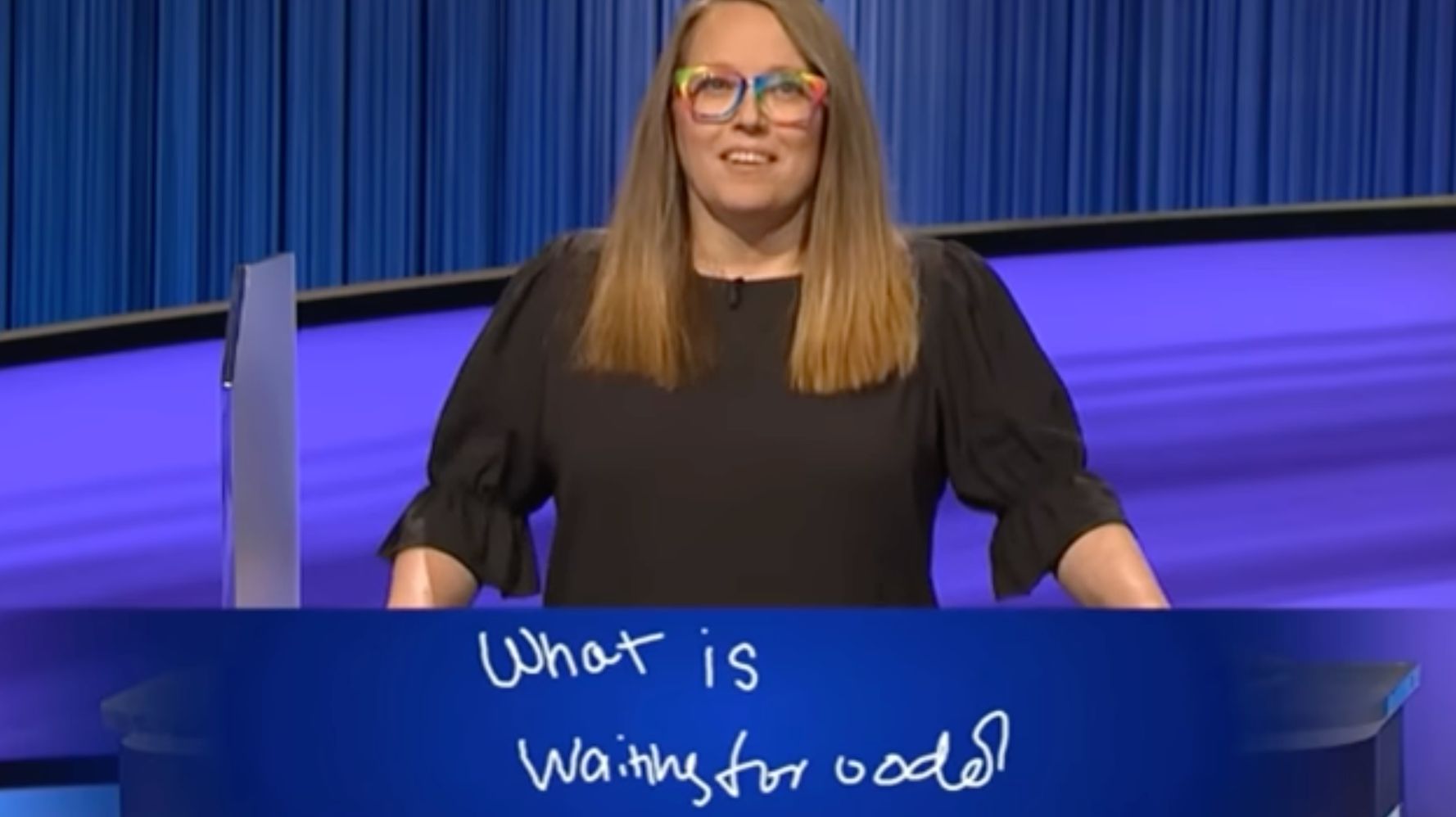 “Jeopardy!” viewers are criticizing the show for its judgment of written answers in recent episodes.

The game show’s viewers called out judges on Monday for what they viewed as an unfair application of rules, Parade reported.

One viewer pointed out that judges didn’t accept contestant Sadie Goldberger’s written answer from a June episode ― an attempt at “Harriet Tubman” ― but on Monday’s episode accepted contestant Erica Weiner-Amachi′s written attempt at “Waiting for Godot.”

Weiner-Amachi’s correct answer led to a tiebreaker question with fellow contestant William Chou, but eventually she lost to Chou.

You can see the two answers compared to each other below.

One of the rules of “Jeopardy!,” as its website explains, is that written answers don’t need correct spelling, although they “must be phonetically correct and not add or subtract any extraneous sounds or syllables.”

“If it’s misspelled, it will come down to a judgment call, but the closer you can get it, the better chance for a thumbs-up from the judges,” the game show’s website states.

“Knowing the rules before jumping in is always a good idea. However, the judges get to make the final call in situations like these.”

Viewers weighed in on the comparison, and some claimed they never would have been able to read Weiner-Amachi’s writing.

I replayed to see the spelling again. If I didn’t know what the name was and someone showed me the way she wrote it, I never would have got Godot out of that.

No offense to her, but if you didn’t know they were looking for “Waiting for Godot,” it reads more like “Wainly for… pic.twitter.com/HdblxsH6Jo

I’m sorry but it has to be said… how is the top answer considered complete and good for a tie breaker, when the one for Sadie (on the bottom) would have had her in the lead… I think that Harriett Tubman is FAR more legible than whatever Erica has written! pic.twitter.com/WdZ24BnHr0

Phonetic spelling. Even if she’d only gotten GODO it would have been good per J rules.

Agree. Sadie was robbed. Like whom did she mean – Harriet Turtlebaum? No, we all read it as Tubman

The game show’s spelling rule has led to fan debate in the past.

One contestant, as a written response, wrote “Barry Gordy” and judges ruled her response incorrect.

“I have no words. That judges’ ruling in Final Jeopardy tonight is completely inconsistent with past practice. Good luck handling the flames tonight, @Jeopardy, you’re going to need it,” wrote @_thejeopardyfan after the episode.

Other viewers referenced incorrect spellings in prior episodes, as well, to go to bat for the misspelled “Barry” answer.

This is what I’m referencing: if the judges had been as stringent in my game as they were last night, my opponents’ responses would have been found incorrect and I would be a #Jeopardy champion. pic.twitter.com/BpJLxtx8oa