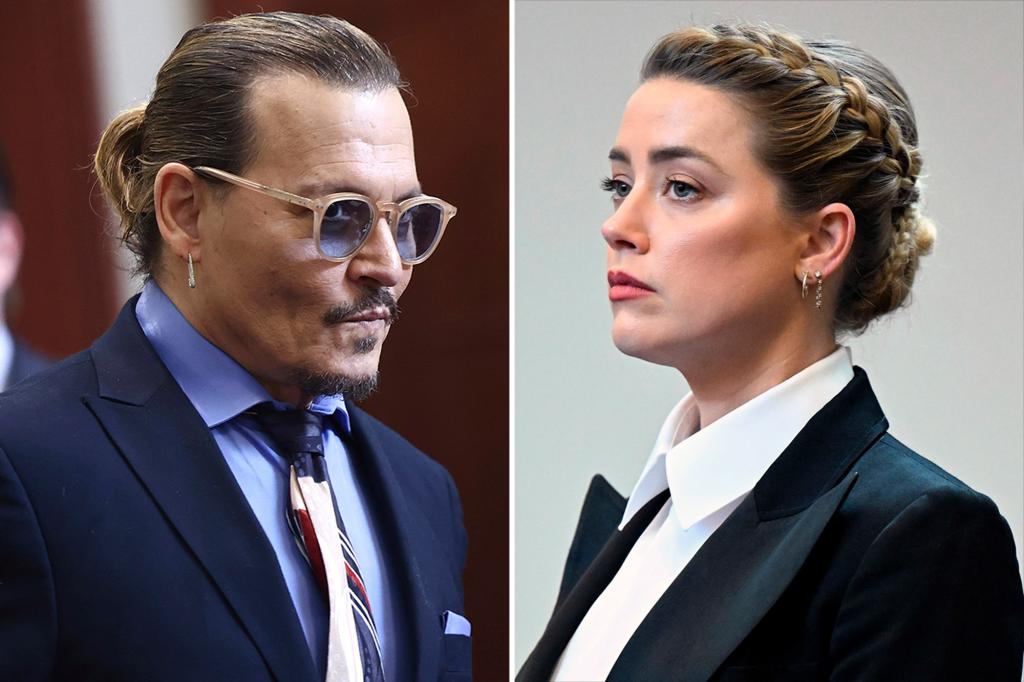 The fate of Johnny Depp and Amber Heard – and whether either side will be liable for millions in damages in their dueling defamation cases – lies in the hands of a Virginia jury.

The jury must also determine whether she should be on the hook for millions in damages.

The “Aquaman” actress – who once dated Depp and was married to him for 15 months – does not risk prison time since she doesn’t face any criminal charges, just civil claims.

The “Pirates of the Caribbean” actor filed his $50 million defamation suit against Heard claiming she harmed his reputation and career – costing him tens of millions – when she penned the op-ed.

Heard did not name Depp in the essay, but his attorneys argue it still defamed him because it was clearly referencing allegations of domestic abuse his ex-wife made when she filed for divorce in 2016 and got a temporary restraining order against him.

Depp denies ever physically hurting Heard, and has claimed that she was the abusive one in their relationship. Heard, meanwhile, has accused Depp of assaulting her dozens of times.

The actress then filed defamation counterclaims for $100 million — alleging Depp was carrying out a “smear campaign” to ruin her life.

The pair have been duking it out before a jury at a Fairfax County Courthouse for four weeks. The trial is currently on a one-week recess.

The latest from the Johnny Depp defamation trial:

Closing arguments are set for May 27 and the jury could begin deliberating the estranged couple’s fate soon after.

There is also a possibility that the jury could be unpersuaded by either side and determine neither Depp nor Heard should be awarded damages, the source close to Heard’s legal team said.

A Depp spokesperson confirmed, “Jury decides damages and yes it is possible that no damages are awarded.”

If the jury doesn’t find Heard should be on the hook in Depp’s case, she would be entitled to recoup the cost of her legal fees from Depp. That amount would be determined by a judge at a later point, the sources said.

But should Depp succeed, it could have a “chilling effect” that would discourage other alleged victims from coming forward, said Halim Dhanidina, a former California judge and current criminal defense attorney.

“Any time a defamation lawsuit is successful, it has a chilling effect on speech,” Dhanidina said.

“There has always been a chilling effect for victims to come forward and speak out against institutions or entities or people with power because they feel like their world could come crashing down on them,” she continued.

If the hypothetical win also leads to a substantial money judgment awarded to Depp, “then I’m sure there are people out there who would think twice about making statements if those statements could expose them to legal liability,” Dhanidina said.

On the other hand, “we don’t want to create a world where people feel like they can say whatever they want even if they know it’s not true,” the former judge noted.

“A verdict will have a chilling effect one way or the other regardless of what the verdict is,” Dhanidina said.