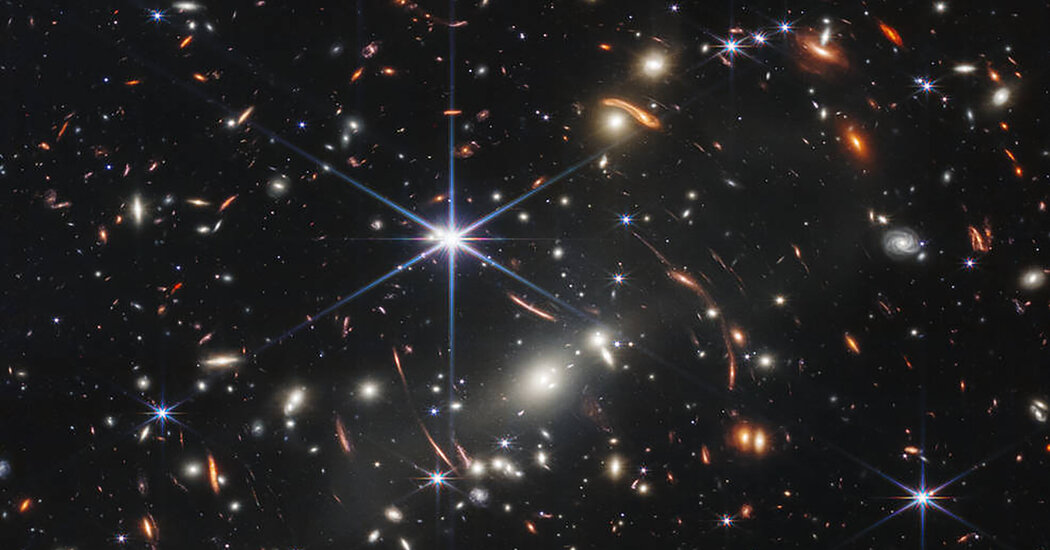 Why has it taken so long to share Webb’s first images?

Getting to space on Christmas Day last year was just the first step for the James Webb Space Telescope.

The spacecraft has been orbiting the second Lagrange point, or L2, about a million miles from Earth since Jan. 24. At L2, the gravitational pulls of the sun and the Earth keep Webb’s motion around the sun in synchronization with Earth’s.

Before it got there, pieces of the telescope had to be carefully unfolded: the sun shield that keeps the instruments cold so it can precisely capture faint infrared light, the 18 gold-plated hexagonal pieces of the mirror.

For the astronomers, engineers and officials watching on Earth, the deployment was a tense time. There were 344 single-point failures, meaning if any of the actions had not worked, the telescope would have ended as useless space junk. They all worked.

The telescope’s four scientific instruments also had to be turned on. In the months following the telescope’s arrival at L2, its operators painstakingly aligned the 18 mirrors. In April, the Mid-Infrared Instrument, or MIRI, which requires the coldest temperatures, was cooled to minus 447 degrees Fahrenheit, and scientists could begin a final series of checks on it. Once these and other steps were done, the science could begin.

How does the Webb compare with the Hubble telescope?

The Webb telescope’s primary mirror is 6.5 meters in diameter, compared with Hubble’s, which is 2.4 meters, giving Webb about seven times as much light-gathering capability and thus the ability to see further out in space and so deeper into the past.