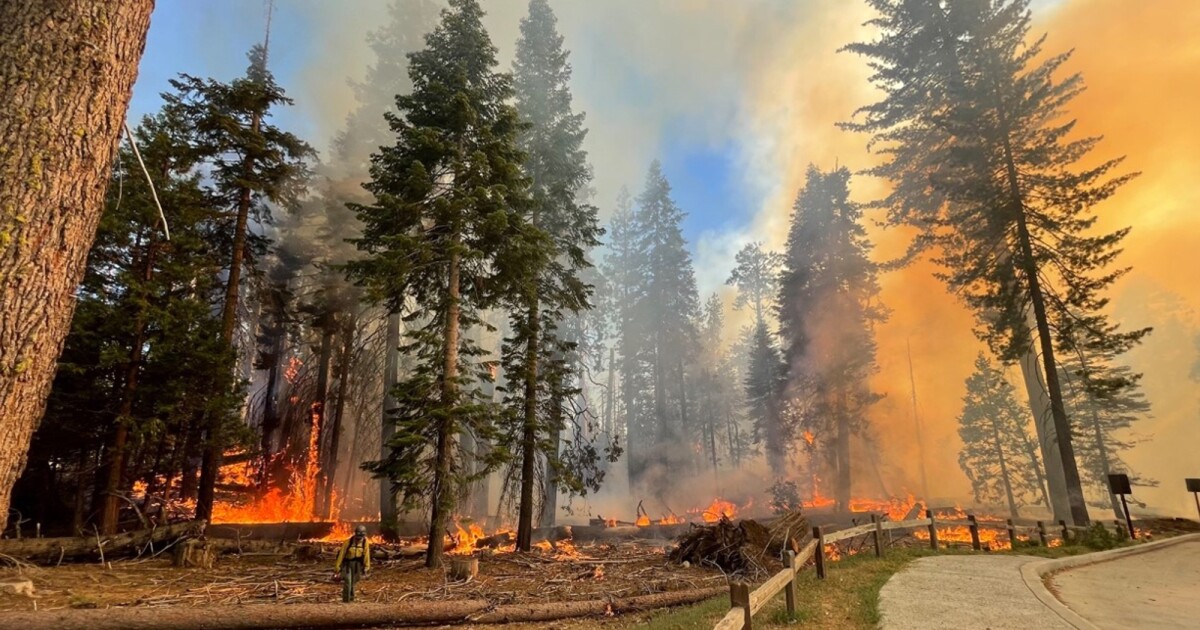 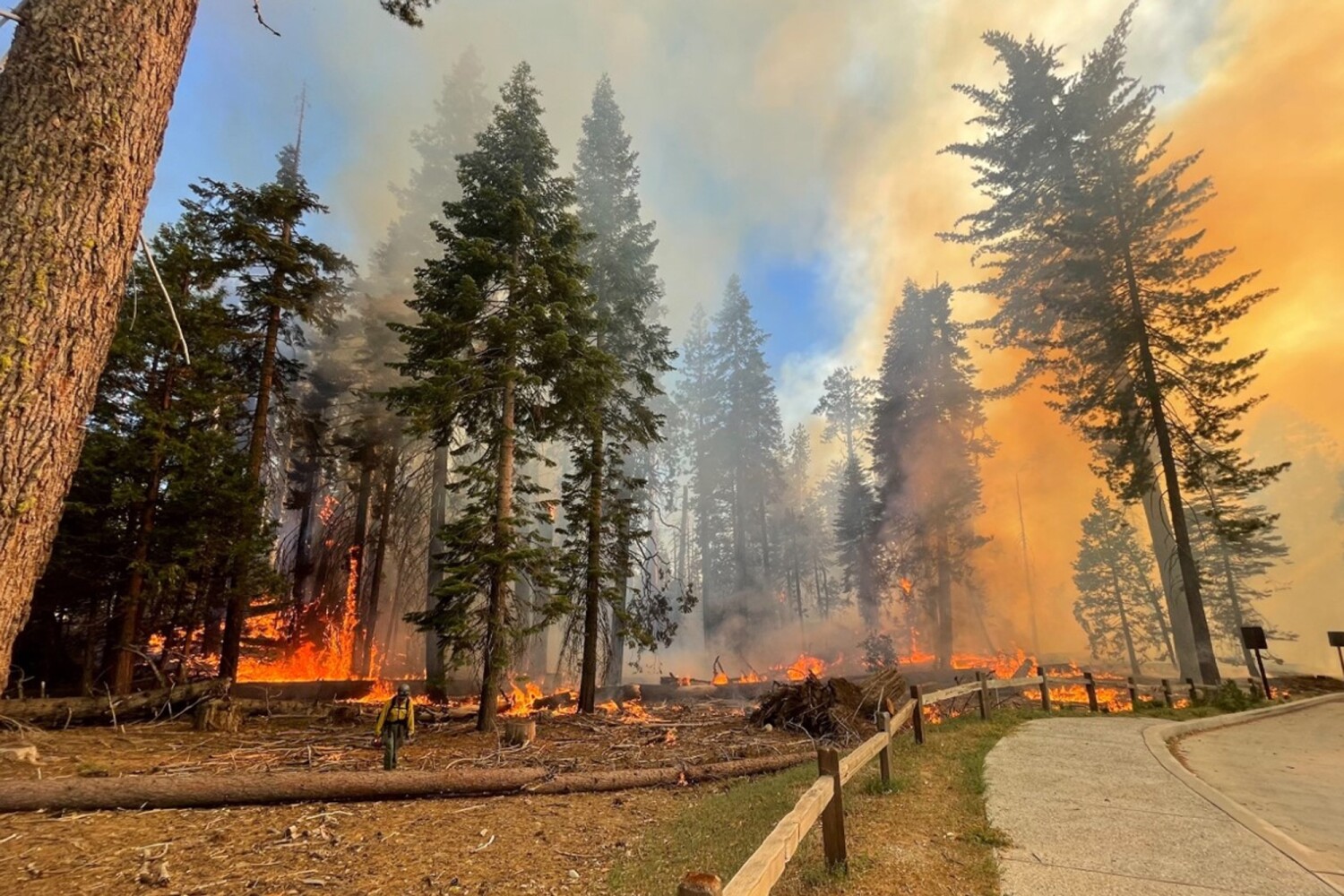 The community, which is surrounded by the park, was ordered to evacuate around 4 p.m. along with the Wawona Hotel and campground, said Scott Gediman, a park spokesperson. Authorities estimate about 700 people will have to relocate because of the Washburn fire.

“The health and safety of park visitors and employees are the paramount concern,” Gediman said.

Those in Wawona and at the campground were ordered to leave immediately and take Wawona Road, also known as Highway 41, north toward Yosemite Valley, according to authorities. Southbound traffic was closed at the Wawona Golf Course.

More than 100 personnel have been assigned to the blaze, which was 0% contained, Gediman said. Crews face hot and dry conditions as they try to control the flames threatening hundreds of giant sequoias in Mariposa Grove, a popular destination in the park.

“Our firefighters are working safely,” he said. “We’re getting more resources, more tankers and helicopters. This is a 100% suppression effort.”

The fire ignited Thursday afternoon before growing to about 60 to 70 acres by the end of the day. It grew quickly Friday as firefighters battled in the hot, dry conditions.

Temperatures are expected to rise in the next few days, but winds were fairly light and are not forecast to get much stronger, Gediman said.

The American Red Cross of Central California has opened a shelter at New Life Christian Fellowship, 5089 Cole Road in Mariposa, for evacuees affected by the fire.