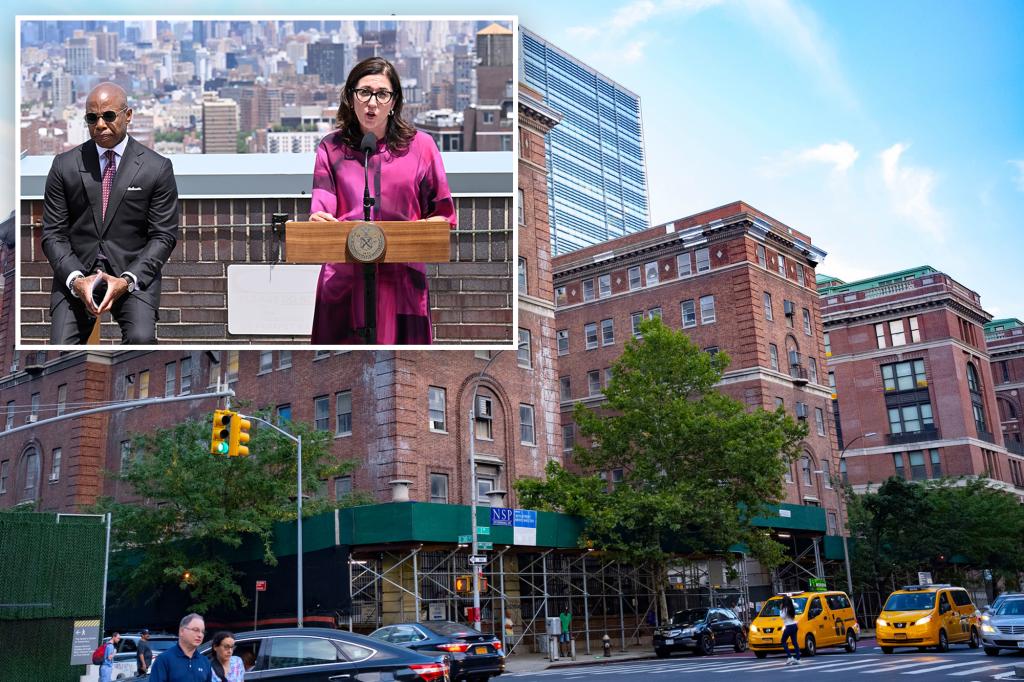 Rules requiring a months-long stay in city shelters to qualify for housing vouchers are still in place weeks after city officials pledged to speed up the process — exacerbating already crowded conditions, The Post has learned.

Angry advocates say the so-called “four-month rule” keeps homeless New Yorkers stuck in the system as the city struggles to find beds for a wave of newly arrived migrants.

The space shortage has forced city officials to push for emergency contracts with non-profits to provide at least 5,800 hotel rooms to house the recent arrivals — potentially at a cost of more than $300 million a year.

“Forcing otherwise eligible households to languish in shelter for an average of four months before qualifying for rental assistance was never good policy, but is especially egregious now given the current shelter capacity crisis,” said Catherine Trapani, the chief of Homeless Services United.

“The City must make good on their promise and amend its rules to enable eligible households immediate access to rental assistance vouchers upon entering shelter,” she added. “Doing so will shorten the time people in New York City remain in the shelter system and free up critical resources for others in need.”

To obtain city-funded housing vouchers, every resident is required to spend at least 90 days in shelter before becoming eligible to apply. They then must go through an intensive background check to verify their application, which can take nearly a month. That brings the entire wait to roughly four months, on average.

“If we were to start looking day one, it could really reduce how long people stay,” said former Council Speaker Chris Quinn, who now runs Women In Need, the city’s biggest shelter operators for families with children. “People who are homeless need housing.”

Quinn estimates that nearly 600 families staying in her organization’s facilities — more than one-third of its caseload — are currently prevented from applying for housing because of the waiting period requirement.

The rule remains in place despite promises in June by Mayor Adams and his top housing officials that it would be scrapped.

“We’re getting rid of the four-month rule,” said housing czar Jessica Katz with Adams beside her as they rolled out City Hall’s housing plan with a press conference on the top of a housing tower in Brooklyn, with the glittering Manhattan skyline serving backdrop.

“There is an industry standard that started out as a myth and became a rule, but was maybe never a rule to begin with,” she continued, “where New Yorkers must be in the shelter system for four months before they can start the housing application process.”

Katz told the assembled group of reporters and activists that the city’s now-embattled commissioner overseeing homeless and social services, Gary Jenkins, would be “jumping on this immediately” and added: “Everyone say goodbye to the four-month rule.”

Now, Jenkins is under fire for allegedly covering up his agency’s failure to provide migrants shelter in a timely fashion as required under court orders.

Adams specifically referenced the abolition of the “four-month” rule as one of the key policies developed from his meetings with homeless New Yorkers and activists.

Following the press conference, Jenkins sent shelter and social service providers an email on June 21 that described the “rule” as a “common misunderstanding.”

“[W]e heard a common misunderstanding that there is a ‘4-month rule’ before those residing shelter can apply for housing — which even includes discussing a permanency plan,” Jenkins wrote. “This 4-month rule is a misconception for some in our system, and we must make every effort to ensure that we clarify to all that this does not exist.”

However, providers said Jenkins’ letter amounted to a bait-and-switch because it simply clarified that “discussions” are allowed, while the waiting period for vouchers remains in force — keeping New Yorkers stuck in shelter.

One New Yorker who spent more than a year in the shelter system before finally finding housing this year said the extra months spent in shelter are often harmful to the city’s neediest.

“It makes no sense for people to be waiting in shelters for months to get a housing voucher they could have had from the minute they do the intake,” said Nichelle Harris, who asked her first name not be used due to safety concerns.

She added: “The current system makes people feel hopeless and frustrated and forces them to spend months waiting in shelter with huge impacts on their physical and mental health.”