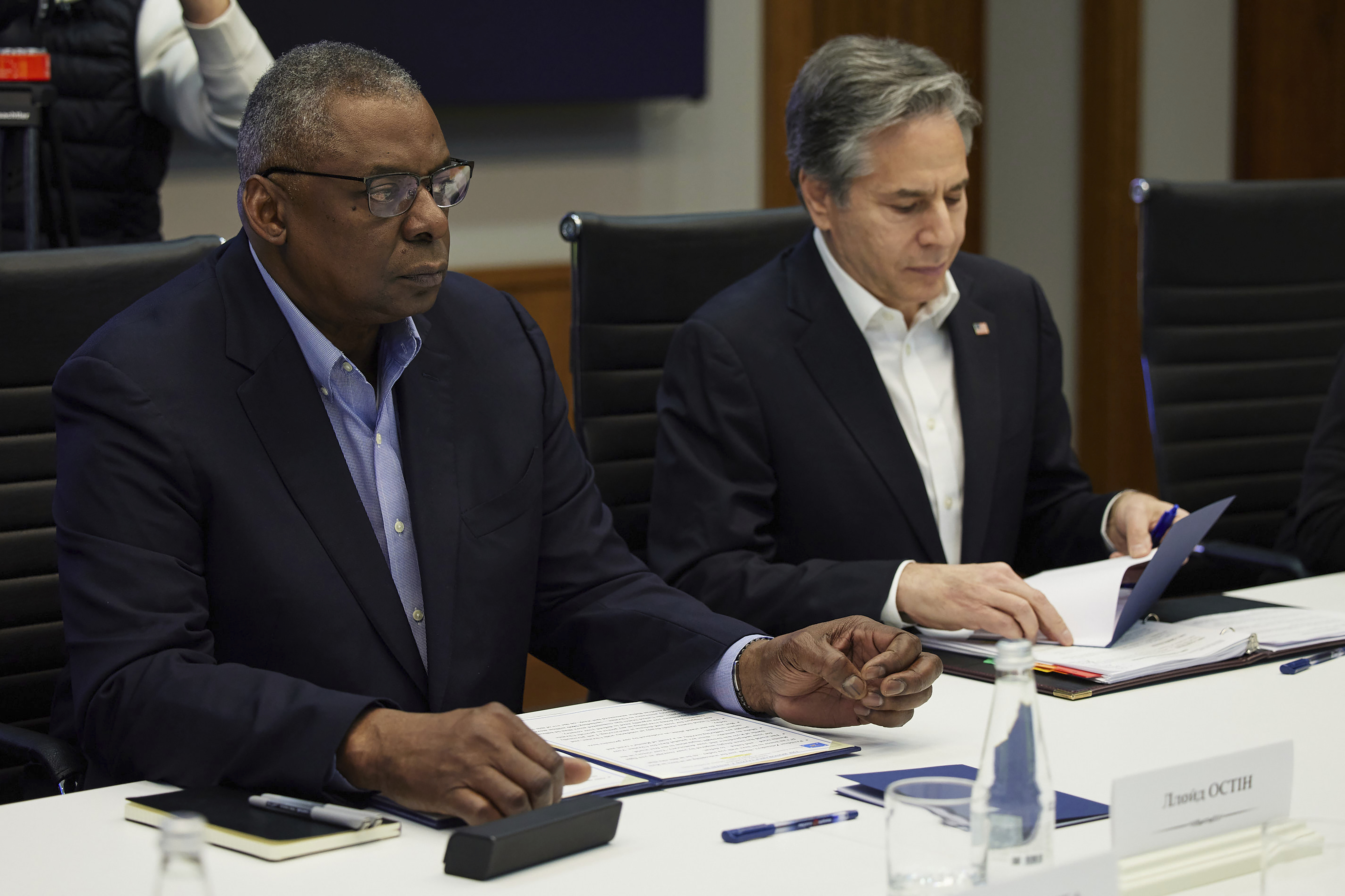 Speaking to members of the traveling press in southeastern Poland after returning from Kyiv, Blinken said he and Austin “had an opportunity to demonstrate directly … our strong ongoing support for the Ukrainian government and for the Ukrainian people.”

“The bottom line is this,” Blinken said. “We don’t know how the rest of this war will unfold, but we do know that a sovereign, independent Ukraine will be around a lot longer than Vladimir Putin is on the scene. And our support for Ukraine going forward will continue. It will continue until we see final success.”

In a question-and-answer session with reporters, Austin escalated Washington’s wartime rhetoric toward Moscow, warning that U.S. officials “want to see Russia weakened to the degree that it can’t do the kinds of things that it has done in invading Ukraine.”

Russia “has already lost a lot of military capability and a lot of its troops, quite frankly,” Austin said. “And we want to see them not have the capability to very quickly reproduce that capability.”

In their meeting with Ukrainian officials, Blinken told Zelenskyy that Biden plans to nominate Bridget Brink, currently the U.S. ambassador to Slovakia, to serve as the next U.S. ambassador to Ukraine, according to the State Department news release.

Blinken also relayed that U.S. diplomats will be returning to Ukraine this week. The Biden administration closed the U.S. Embassy in Kyiv in February and has been under pressure to reopen it in recent weeks. More than a dozen European countries, as well as the European Union, already have reopened their Kyiv missions or intend to do so.