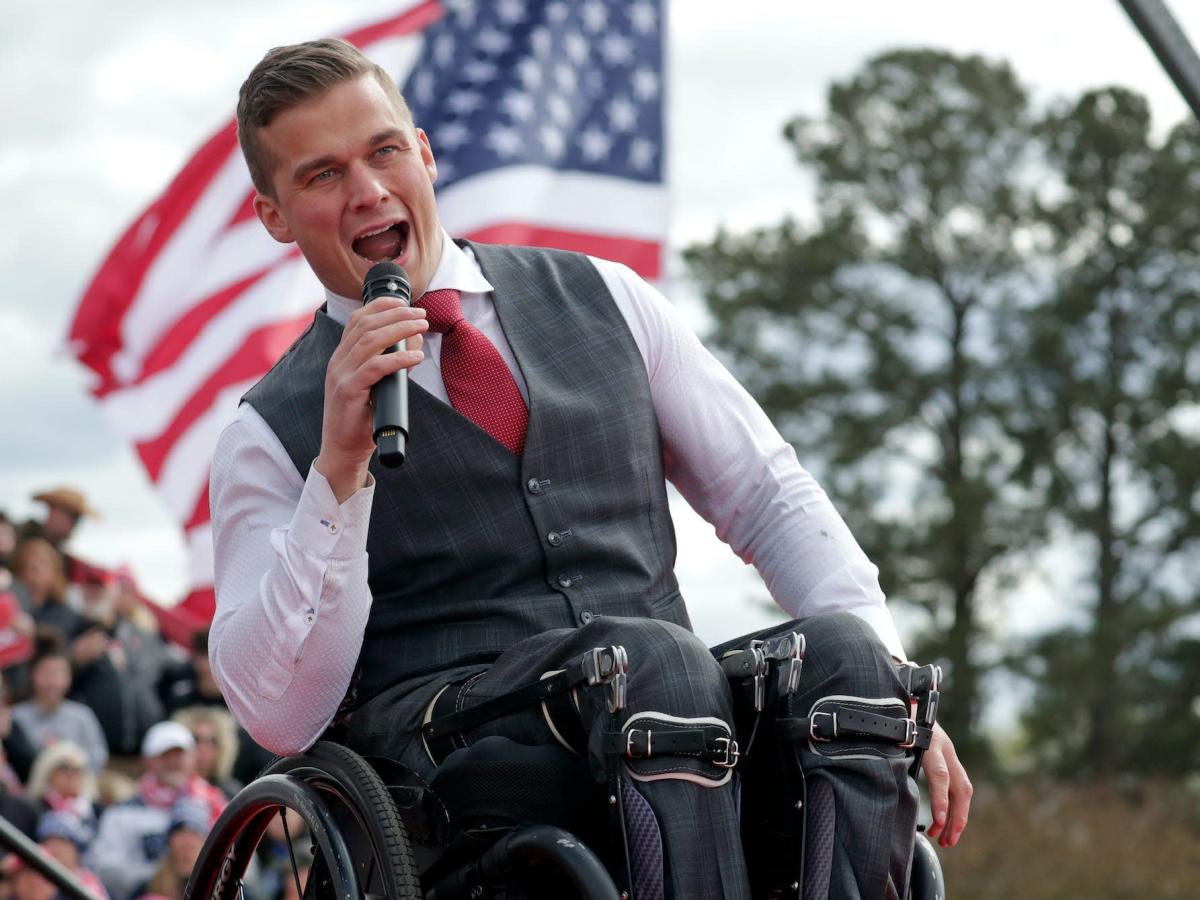 A widely viewed video on Twitter appears to show North Carolina Rep. Madison Cawthorn being groped by a male associate.

The undated clip shows Cawthorn being filmed in a vehicle by another man.

“I feel the passion and desire, and would like to see a naked body beneath my hands,” says Cawthorn in the video.

The man doing the filming then responds, saying, “Me too. I’d like to see that as well,” while turning the camera on himself. The comment causes Cawthorn to burst out laughing, and the other man then films himself putting his hand on the lawmaker’s groin.

The video was shared late on Thursday by the Twitter account of MeidasTouch.com, a super PAC dedicated to “protecting American democracy, defeating Trumpism, and holding Republicans accountable.”

According to FireMadison.com, the other man in the video is Cawthorn’s scheduler, Stephen Smith. The site is operated by the American Muckrakers PAC, whose self-described sole objective is to ensure Cawthorn’s “first term in office is his last.”

David Wheeler, the president of American Mucrakers, also uploaded a copy of an ethics complaint he filed against Cawthorn. The complaint alleges that Cawthorn had “not properly filed House financial disclosures regarding gifts and loans to Mr. Stephen L. Smith.”

Wheeler also posted several screenshots of what he claimed were records of Cawthorn and Smith’s Venmo payments to one another. The images shared showed messages between the duo dating from June 17, 2018, to January 9, 2019 — before Smith joined Cawthorn’s campaign for Congress as an aide in January 2020.

In the screenshots, some of the payments sent from Cawthorn to Smith included labels like “Getting naked for me in Sweden,” “The stuff we did in Amsterdam,” and “The quickie at the airport.”

Meanwhile, some of Smith’s payments to Cawthorn were labeled “For loving me daily and nightly” and “Nudes.”

“The committee is requested to investigate whether any House Rules or statutes were violated by the relationship between Rep. Cawthorn and his House employee Mr. Stephen L. Smith,” Wheeler wrote in his complaint.

A representative for Cawthorn called the complaint against Cawthorn “ridiculous.”

“Stephen is his cousin — they’re family,” said the Cawthorn representative. “The PAC that filed the complaint did no research.”

Smith may indeed be Cawthorn’s distant relative. In a 2017 deposition, Cawthorn calls Smith his third cousin, “once removed,” and notes that Smith was at the time working as a “hospitality professional” at Chick-fil-A, and living with him.

The representative also directed Insider to two tweets posted by Cawthorn, saying it was the congressman’s response to the matter. The first read: “Many of my colleagues would be nowhere near politics if they had grown up with a cell phone in their hands.”

The second tweet from Cawthorn highlighted by Cawthorn’s spokesperson appeared to be a screenshot from the Epoch Times, highoighting what the publication called an establishment-driven “coordinated drip campaign.”

“We see through it, RINOs,” Cawthorn wrote, appearing to imply that the leaked information was a smear campaign against him by Republicans.

Insider was unable to independently verify the Venmo screenshots. Insider also did not immediately receive a response to requests for comments from Wheeler or Smith.

Cawthorn has recently been involved in a string of controversies.

Watchdog groups say the congressman may have violated the congressional conflict-of-interest STOCK Act by failing to declare his cryptocurrency purchases.

Cawthorn was also recently chastised by Republican leaders — including lawmakers from his home state of North Carolina and House Minority Leader Kevin McCarthy — after he claimed he had witnessed “sexual perversion” and drug use among his Congress colleagues.

Cawthorn was also cited this week for bringing a loaded gun into the Charlotte airport. The incident was the second time he had been found with a gun in his carry-on luggage.