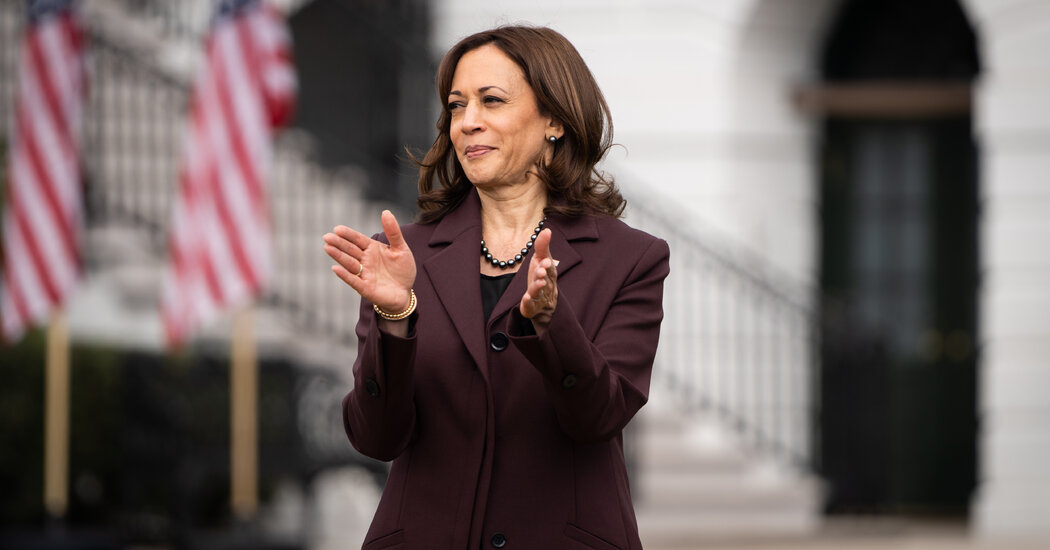 Ms. Harris was not at the dinner, but her communications director, Jamal Simmons, attended and tested positive afterward. The infections of both the vice president and House speaker mean that the first and second in line of succession to the presidency have now been hit by the virus in short order.

Ms. Harris, 57, received her second booster shot on April 1, three days after federal regulators authorized a second dose of the vaccine for people over age 50. It takes about a week for a shot to boost the immune system. Mr. Biden has also received a second booster shot. The last time the two were together was on April 18, according to a White House official.

Ms. Harris, who returned from a trip to San Francisco and Los Angeles on Monday, went to her office at the White House on Tuesday morning and took a rapid antigen test as part of the regular protocol for the president and vice president. When it came back positive, she took a P.C.R. test, which also came back positive. At that point, rather than attend the daily intelligence briefing with the president as scheduled, she returned home, where aides said she would remain until she tests negative. Mr. Biden later called to check in on her, aides said.

After consulting her doctors, Ms. Harris also started a course of Paxlovid, her press secretary said in a tweet. The antiviral pill made by Pfizer is intended for high-risk patients, and it was not immediately clear whether she qualified.

Doug Emhoff, Ms. Harris’s husband, tested positive for the virus in mid-March. At the time, Ms. Harris was forced to back out of an event with the president, although she continued to test negative. Mr. Emhoff told McClatchy News last week that he had isolated from his wife for 10 days while infected, staying in an upstairs room and having food brought up to him.

The spate of infections in the upper reaches of Washington came amid the spread of the highly contagious Omicron subvariant known as BA.2, and served as a reminder that the pandemic endures even as officials seek to roll back restrictions.

Officials in the White House said they were contact tracing to determine who may have been near Ms. Harris in recent days. The Centers for Disease Control and Prevention defines a close contact as someone who spends at least 15 minutes within six feet of the infected person over a 24-hour period. Officials have repeatedly emphasized that the White House maintains stricter measures than the C.D.C. advises.