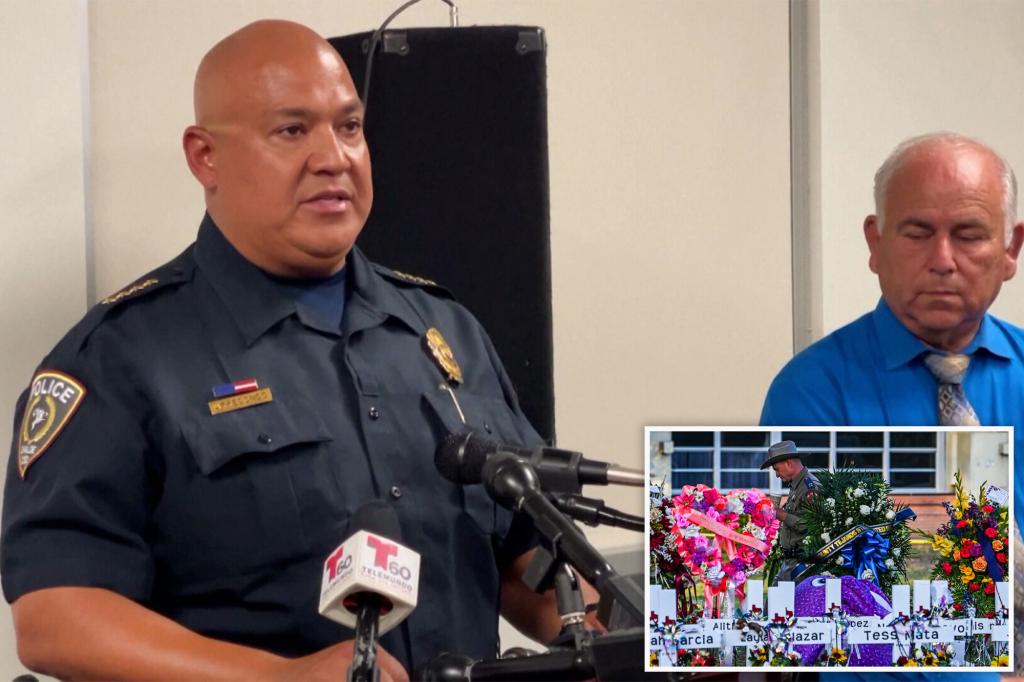 Uvalde schools police chief Pete Arredondo, who was in command during law enforcement’s response to the mass shooting at Robb Elementary School, was sworn in as a member of the city council on Tuesday without a ceremony.

“Out of respect for the families who buried their children today, and who are planning to bury their children in the next few days, no ceremony was held,” Uvalde Mayor Don McLaughlin said in a statement.

Arredondo’s ascension to city council comes just hours after the Texas Department of Public Safety said local police departments were not cooperating with its investigation into the massacre that left 19 fourth-graders and two teachers dead.

The 50-year-old lawman has come under fire after he held back officers from breaching a classroom at the school and confronting 18-year-old gunman Salvador Ramos for over an hour because he “believed that it had transitioned from an active shooter to a barricaded subject,” and thought the children were not at risk, Texas Department of Public Safety Director Steven McCraw said Friday.

McCraw said that students and teachers repeatedly called 911 and pleaded for help while Arredondo told more than a dozen officers to wait in a hallway, which goes against active-shooter protocols.

The hesitant response has begged the question as to whether more lives could have been saved if the officers acted faster.

“It was the wrong decision,” McCraw said.

A spokesman for the Texas DPS told ABC News that Arredondo gave an initial interview for the investigation, but has not responded to a request for a follow-up interview made two days ago.

Sources told the outlet the decision was made to stop cooperating following McCraw’s remarks on Friday that criticized the department’s response.

Arredondo, a Uvalde native and graduate of Uvalde High School, was elected to the council earlier this month. He spent most of his nearly 30-year career in law enforcement in his home city, returning in 2020 to take the head police job at the school district.

The mayor announced Monday that the swearing-in ceremony would not take place as originally scheduled. He said there was no means to delay or stop Arrendondo’s confirmation to the council.

“Pete Arredondo was duly elected to the City Council,” the mayor said in Monday’s statement. “There is nothing in the City Charter, Election Code, or Texas Constitution that prohibits him from taking the oath of office. To our knowledge, we are currently not aware of any investigation of Mr. Arredondo.”