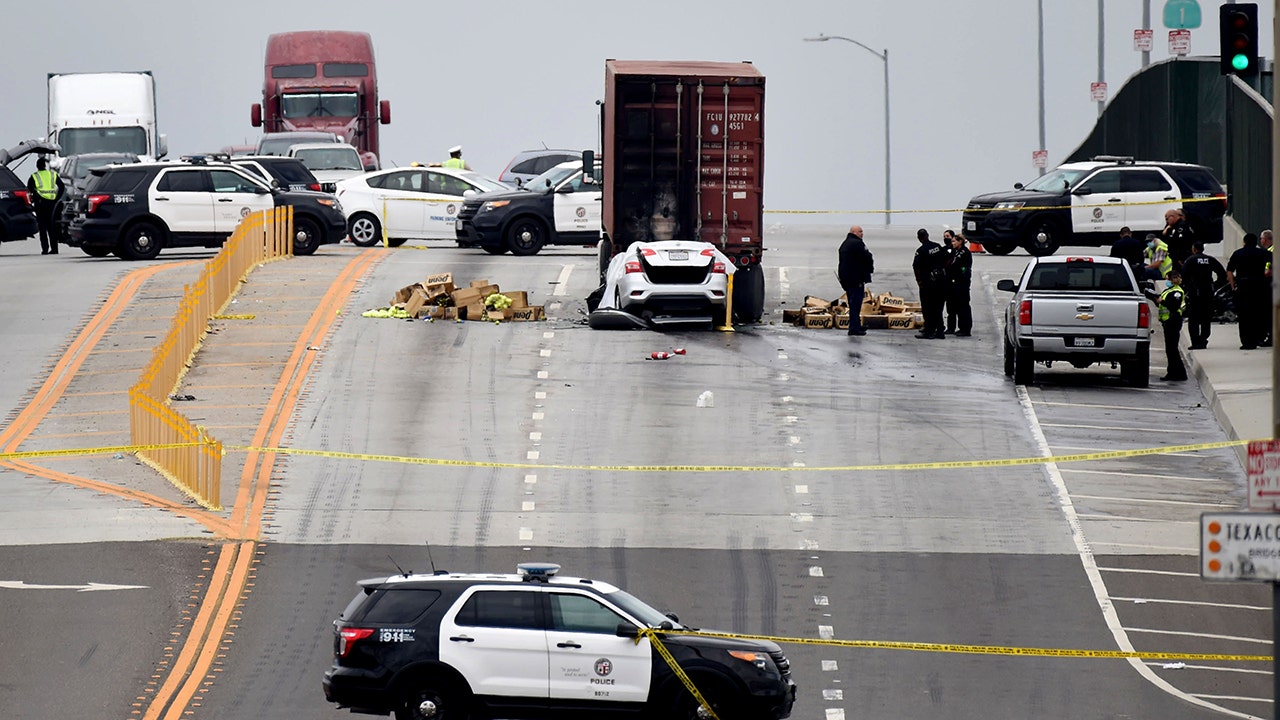 Over 42,000 people were killed in automobile crashes last year marking the deadliest year on America’s roads since 2005.

The National Highway Traffic Safety Administration (NHTSA) reported that an estimated 42,915 people were killed, an increase of 10.5% from 2020 when 38,824 fatalities were recorded, up from 36,096 in 2019 despite the coronavirus lockdowns that were in effect for much of the year.

“This crisis on our roads is urgent and preventable,” Dr. Steven Cliff, NHTSA’s deputy administrator said. “We will redouble our safety efforts, and we need everyone — state and local governments, safety advocates, automakers, and drivers — to join us. All of our lives depend on it.”

Preliminary data shows that miles driven was up 11.2% in 2021 and that 44 states saw increases in fatalities.

A $6 billion program to help local governments address the problem has been launched by the U.S. Department of Transportation.
(LAPD West Traffic Division)

Spikes of 16% were recorded in both multi-vehicle accidents and deaths on urban roads, while fatalities among seniors was up 14%.

The Governors Highway Safety Association has said a combination of increases in speeding, distracted driving, driving under the influence and “roads designed for speed instead of safety” has begun to undo a decade and a half of progress in reducing traffic deaths, which reached a recent low of 32,744 in 2017.

The new DOT program makes money available for a variety of projects that range from new turning lanes and pedestrian walkway protections to lowering speed limits and installing traffic cameras.