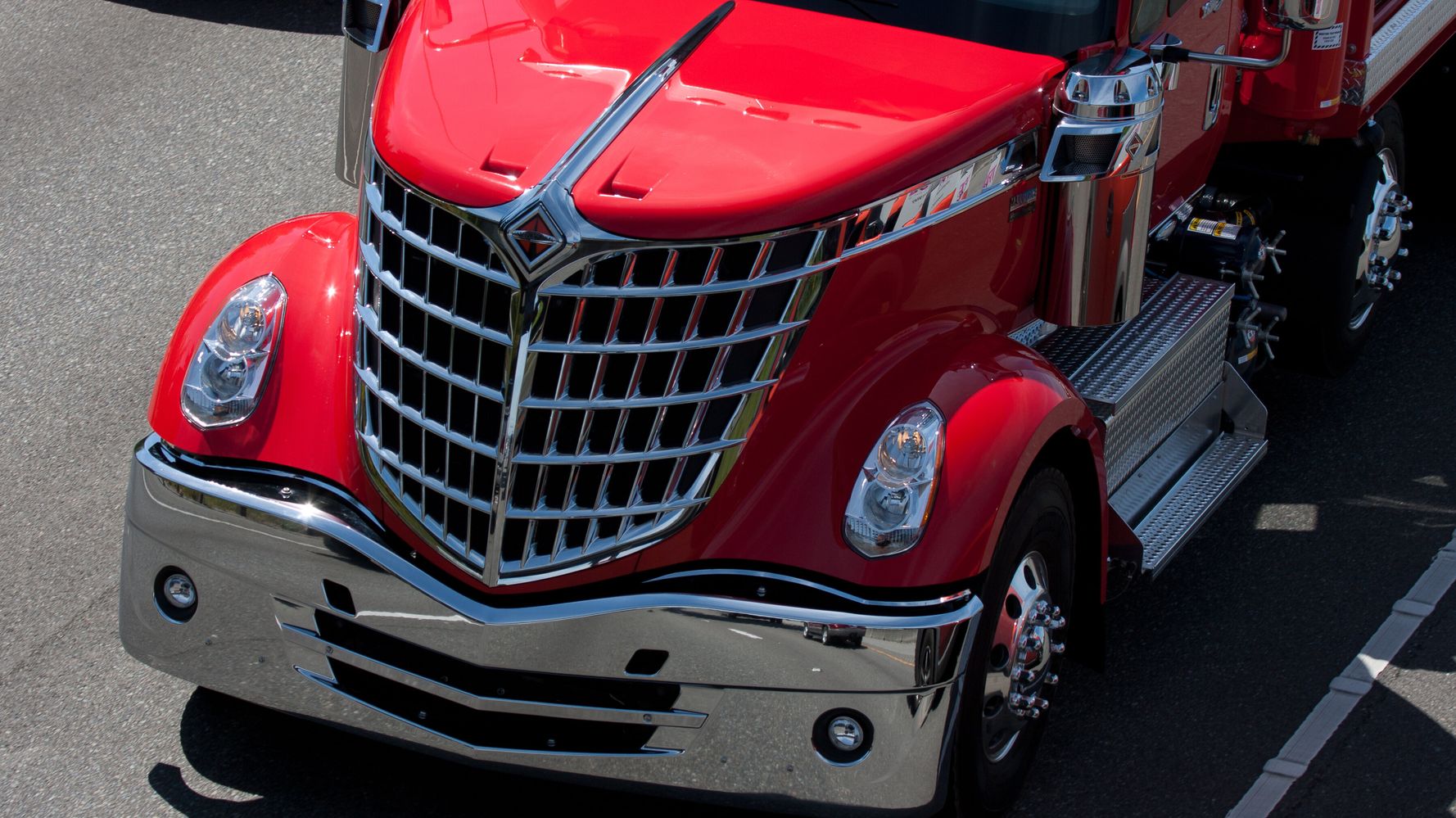 A “People’s Convoy” of truckers eventually took the speedy way out of town after Oakland residents pelted the trucks with eggs in a scrambled confrontation captured on video.

“Get the fuck out,” yelled many of the counter-demonstrators, while one trucker was seen climbing out of his vehicle to confront an individual hurling eggs.

Protesters in the convoy were heard later complaining on their CB radios about having to wash their trucks, the Sacramento Bee reported.

According to the California Highway Patrol, the convoy — which involved about 20 semis, pickup trucks and vans — initially rolled into the Bay Area last week to plant American flags on the lawn of the San Francisco residence of Speaker of the House Nancy Pelosi (D-Calif.). But they couldn’t decide which house was hers, according to Daily Beast journalist Zachary Petrizzo.

Then the convoy took off Friday for Oakland to protest outside the home of California Assembly member Buffy Wicks (D-Oakland) over an abortion-protection bill and a second bill that would have mandated COVID vaccines for private business employees (which she had already put on hold last month), The San Francisco Chronicle reported.

As the convoy jammed the streets outside a Safeway grocery store on the way to Wicks’ place, residents and stuck drivers reportedly took the opportunity to buy lots of eggs.

Wicks’ office told The Mercury News that she was home when the convoy arrived at her street, and she called the police for protection.

“Bullhorns and loud trucks lend no legitimacy to baseless conspiracy theories from out-of-state protesters,” said a statement sent by her spokesperson to the Mercury News. Assembly member Wicks “will not indulge any attempts to influence her legislative work through harassment and intimidation tactics,” the statement added.

The convoy was reportedly back at its California home base in Sacramento Sunday.

Weirdo Qanon trucker convoy in Oakland yesterday was merciless egged. I can never leave this city.

– Convoy is disjointed and unorganized now, they’ve lost contact with one another and are attempting to rejoin as a group. panicked, distraught, and lost. They’re slowly re-collectivizing.

Also, someone needs a wash. pic.twitter.com/lRPWBzoubs