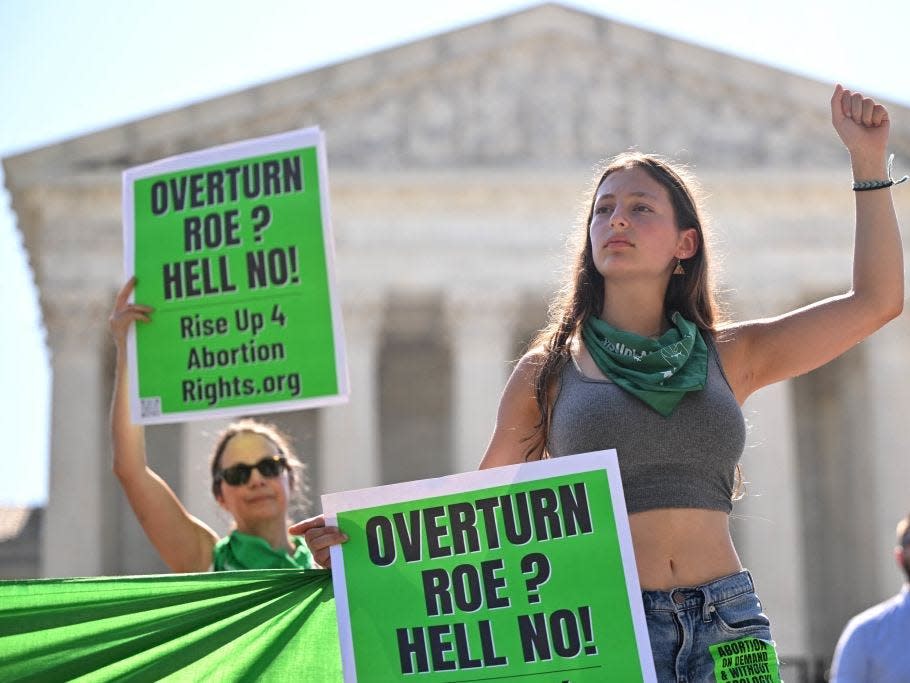 A Universal Music Group employee said they were fired after emailing colleagues the day Roe v. Wade was overturned to criticize the company’s donations to lawmakers who oppose abortion.

In a LinkedIn post, Michael Lopez said they emailed colleagues on June 24 to say they were “in mourning” over the ruling, adding that Universal “must stop donating to anti-abortion, anti-queer and anti-trans politicians.”

Universal didn’t immediately respond to Insider’s request for comment. In a statement to the New York Post, the company described Lopez’s version of events as “inaccurate.”

Lopez, who’s listed on LinkedIn as a production coordinator at Universal Music Enterprises, a subsidiary of Universal Music Group, said in their post that every Friday, one of their jobs was to email reports about upcoming releases to an email list of about 275 people.

Lopez said that on the Friday of the Supreme Court decision, they wrote in an email to the group: “I didn’t do them today. I’m in mourning due to the attack on people with uteruses in the US. Federally guaranteed access to abortion is gone.”

Lopez also said they wrote that Universal could “expect more unproductive days” if it didn’t stop donating to the likes of Marsha Blackburn, Kenneth Buck, and Victoria Spartz, all of whom oppose abortion.

Lopez said in their LinkedIn post that they received “several supportive emails from other co-workers and a manager calling to tell me to take the rest of the day off.”

They said they later “got a surprise Zoom video chat with HR” to say they were “being let go.” Lopez added: “I was told to log out and that a courier would be there to pick up my laptop from my apartment within the hour.”

Lopez said they then sent a follow-up to the same email list, writing: “A brown queer person terminated during Pride month speaking in support of abortion rights. Seems like that’s exactly what America is all about right now.”

A spokesperson for Universal Music Group told the New York Post: “As a matter of policy, we can’t discuss an individual’s personnel record. We can say that what was posted on social media is inaccurate.”

They continued: “UMG has a long record of support for women’s issues. As we wrote to our US employees, UMG views reproductive health care as essential.”

The spokesperson added: “In the wake of the recent US Supreme Court ruling overturning Roe v. Wade, the company has extended its efforts to assure that these important healthcare services remain accessible to employees. We also financially support non-profit groups working in this area and offer a match for employee’s contributions to those groups, as well.”

Lopez had been in the role of production coordinator at Universal for a year and a half as of June, according to their Linkedin profile.