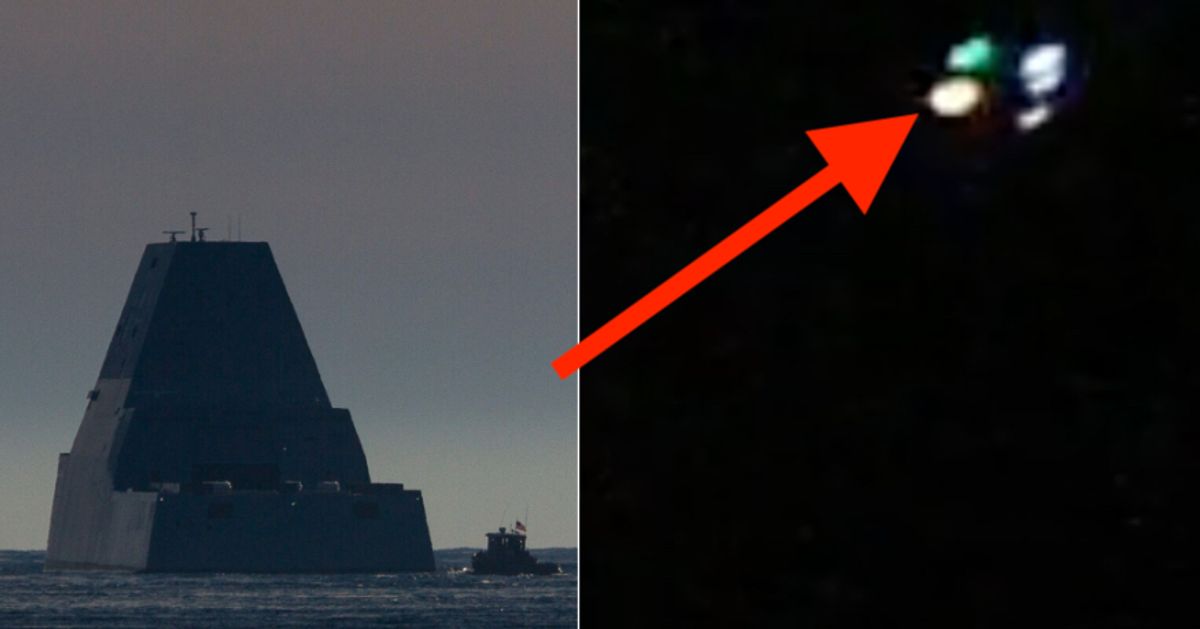 New footage from the U.S. Navy shows a drone swarm of unknown origin flying over the USS Zumwalt, a highly sensitive “stealth destroyer” in the waters off California in April 2019.

The video, obtained by The War Zone via the Freedom of Information Act, features a sailor describing a set of lights from six drones above the USS Zumwalt as he filmed the encounter:

No official explanation has been offered about the incident, which All Hands ― an official Navy website ― has called “the largest and most technologically advanced surface combatant in the world.” Critics derided it as a failure after a series of problems ― and at $4.4 billion to develop, a costly one.

The incident documented in the video was one of several “drone swarm” events around U.S. Navy ships that took place in 2019.

“I am aware of those sightings, and as it’s been reported, there have been other sightings by aviators in the air and by other ships not only of the United States, but other nations — and of course other elements within the U.S. joint force,” Adm. Michael Gilday, chief of naval operations, said last year, per NBC News. “Those findings have been collected and they still are being analyzed.”

Over the past few years, videos have surfaced showing fast-moving unknown objects flying near U.S. military sites, what the U.S. military now calls UAPs (unidentified aerial phenomena) but are more commonly known as UFOs (unidentified flying objects). These videos have led to speculation that the objects in the sky were unknown technology from a foreign power, or even from another world.

The new footage, however, showed objects moving in more expected ways and likely have an explanation much closer to home. An unnamed former drone industry analyst told The War Zone that the objects in the footage appeared to be common drones.

“I don’t see anything on the drone that would make me think it’s something that couldn’t be purchased off the shelf from a current commercial drone manufacturer,” the analyst was quoted as saying, adding that the drones appeared programmed to fly in a specific pattern and at an altitude “which to me isn’t the hallmark of any advanced technology.”

The analyst also noted that the location ― 17 miles off the coast ― and number of drones indicated it was likely a planned operation launched from a ship.

Last year, Gen. Kenneth McKenzie, who was then the head of U.S. Central Command, described drones as the “most concerning tactical development” since the use of improvised explosive devices in Iraq, according to Military Times.

“I’m not just talking about large unmanned platforms, which are the size of a conventional fighter jet that we can see and deal with by normal air defense means,” he said. “I’m talking about ones you can go out and buy at Costco right now for $1,000.”