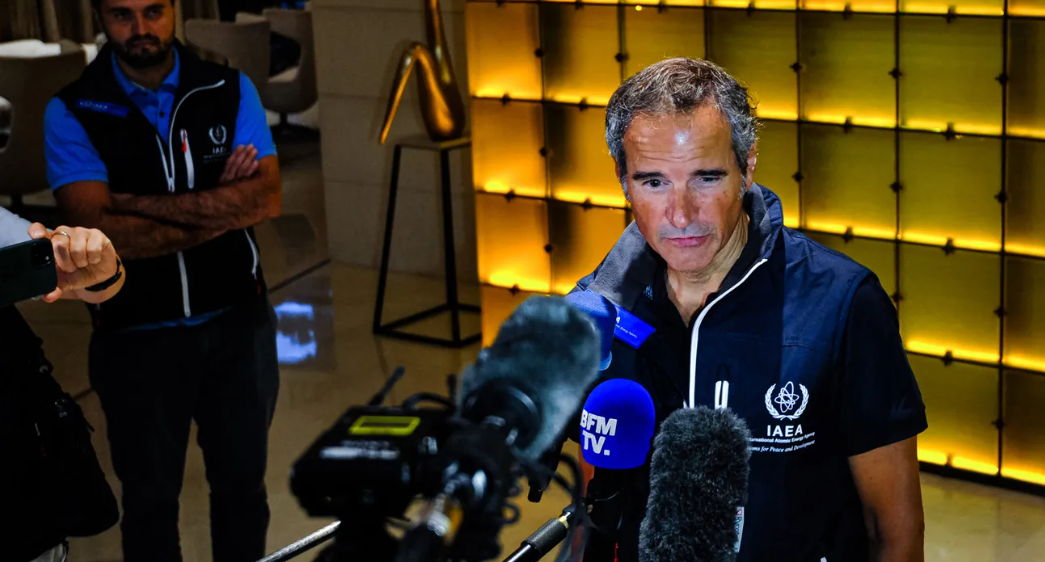 U.N. nuclear safety officials who are heading to Ukraine’s Zaporizhzhia power plant are facing intense shelling but will continue to travel to the facility, the team’s leader said Thursday.

“There has been increased military activity, including this morning — until very recently, a few minutes ago,” Rafael Mariano Grossi, the director general of the U.N.’s International Atomic Energy Agency (IAEA), said Thursday morning. But he added defiantly: “Having come so far, we are not stopping. We are moving now,” despite the fact “the risks are very very high.”

The IAEA inspectors are expected to cross the frontline between Ukrainian-held land and Russian-occupied Ukrainian territory and reach the nuclear power, Europe’s largest, later on Thursday. The U.N. inspectors will continue to advance, despite the fact intense shelling has been reported by both Ukraine and Russia around Zaporizhzhia, amid fears the risks of a nuclear accident are increasing.

One of the six power units at the nuclear power plant has been shut down due to “another mortar shelling by the Russian occupying forces,” Ukraine’s state energy company Energoatom said in a statement.

Russia’s defense ministry accused Ukraine of attempting to retake control of the plant, which Russian forces seized in March, but which continues to be operated by Ukrainian staff. According to the Russian statement, “measures have been taken to destroy the enemy, including with the use of army aviation.”

Ukrainian local authorities reported attacks in Enerhodar, a town located near the Zaporizhzhia plant, where most of the facility’s staff live.

“Russians are shelling the pre-agreed route of the IAEA mission from Zaporizhzhia to the ZNPP. The U.N. team cannot continue the movement due to security reasons,” Dmytro Orlov, the mayor of Enerhodar, said on Telegram earlier on Thursday morning.

POLITICO was not able to independently verify the battlefield reports.

In his statement to the press on Thursday, Grossi said his team will “immediately” start “an assessment of the security and the safety situation at the plant, as it is right now. We are going to be liaising, consulting with the staff at the facility.”

The IAEA wants to establish a continued presence at the plant, which Grossi said is crucial to “stabilize the situation and to get regular, reliable, impartial, neutral updates of what the situation is there.”