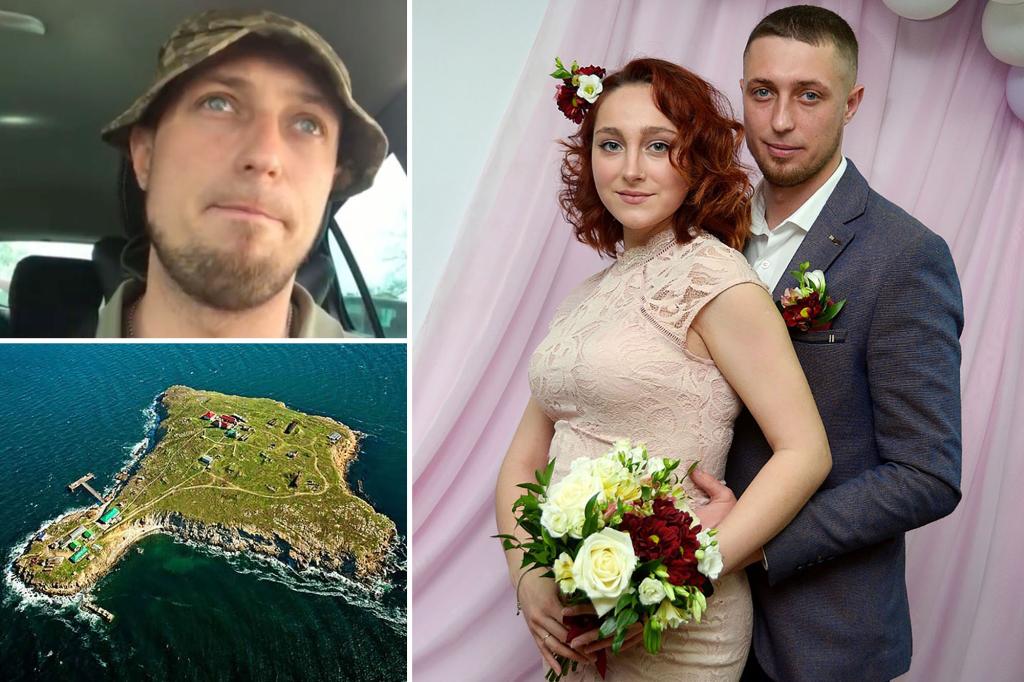 One of the Ukrainian soldiers who was captured protecting Snake Island after his unit told the Russian warship Moskva to “go f–k yourselves” said he was proud to see that the phrase had become a rallying cry.

“Just the other day my wife and I went into a store and there were some t-shirts with the slogan and a picture of a warship,” Lt. Valery Zakabluk told CNN on Monday.

“I felt proud. But also it’s a pride mixed with sadness because I know that most of my fellow soldiers are still in captivity,” he said. “I feel proud but with a tinge of sadness.”

Zakabluk, who commanded a combined anti-aircraft, missile and artillery platoon on Snake Island, opened up about his experience in Russian captivity after surrendering in the first days of the war, offering one of the most comprehensive accounts yet of the early battle.

Zakabluk said he and the other troops stationed there turned down a Russian offer of safe passage when it became clear they would have to lay down their arms and surrender.

“We stayed and continued to fight, but the Russians destroyed our air defenses,” he said.

The soldiers endured Russian airstrikes and shelling from the Moskva, running from bomb shelter to bomb shelter. When all the air defenses were destroyed and they were running low on ammunition, Zakabluk said, their command decided to surrender.

“First we were commanded to lie down with our faces down, and we were kept in that position for about seven hours,” he said.

Zakabluk said he and his comrades were then interrogated for several hours.

“They gave us food and tea, and then eventually we had to board patrol boats and leave for the Russian Federation,” he said.

The Ukrainians were first held in a barracks in Sevastopol, the headquarters of the Russian Black Sea Fleet in Russian-annexed Crimea.

“There were lots of cameras that were filming us [to say] look how well we’re treating you,” Zakabluk said.

After two weeks there, he said they were put on a plane and taken out of the country, likely to northern Russia.

He described being kept in the cold in just the t-shirts they’d been wearing, and being told to kneel for hours at a time, some men hit with guns.

“They treated us as common criminals,” he said.

After a few days they were moved to yet another location. In total, Zakabluk was in Russian captivity for five weeks before being freed in a prisoner exchange.

Back in Ukraine, his troops’ efforts have been celebrated as an iconic moment of defiance, with the country recently unveiling a postage stamp commemorating the viral incident.