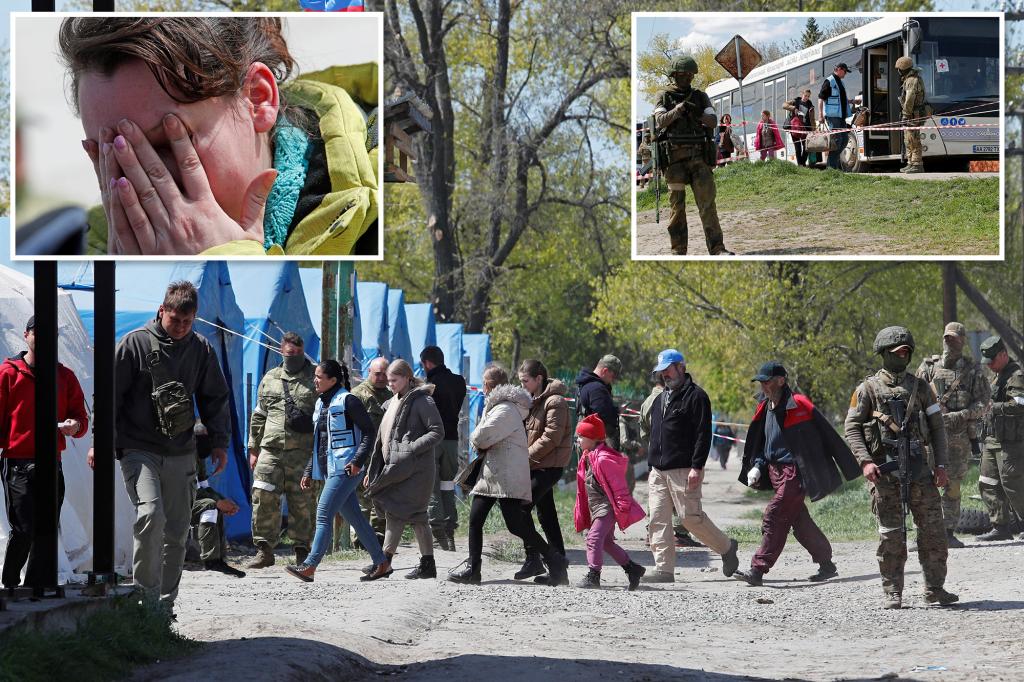 More than 50 civilians were evacuated from Mariupol’s Azovstal steel plant in a UN operation Sunday — in what officials warned was “one of the last real chances” to flee Russian aggression in the area.

UN humanitarian spokesman Saviano Abreu confirmed that the evacuation from the Azovstal plant was under way with the International Committee for the Red Cross and in coordination with Ukrainian and Russian officials.

Up to 1,000 civilians and 2,000 Ukrainian fighters are believed to be holed up in the steel plant, which has remained the only part of the city not occupied by the Russians.

Though Abreu declined to provide further details about the evacuation, he said it was “very complex.”

Petro Andryushchenko, an adviser to Mariupol’s mayor, called evacuation efforts on Sunday “one of the last real chances to leave the city,” the Washington Post reported.

Mariupol, which is on the Sea of Azov, has been a key target for the Russians because of its strategic location near the Crimea Peninsula, which Russia seized from Ukraine in 2014.

Russia’s siege on Ukraine in the past two months turned the port city into a bombed wasteland, with an unknown death toll and thousands trying to survive without water, sanitation or food.