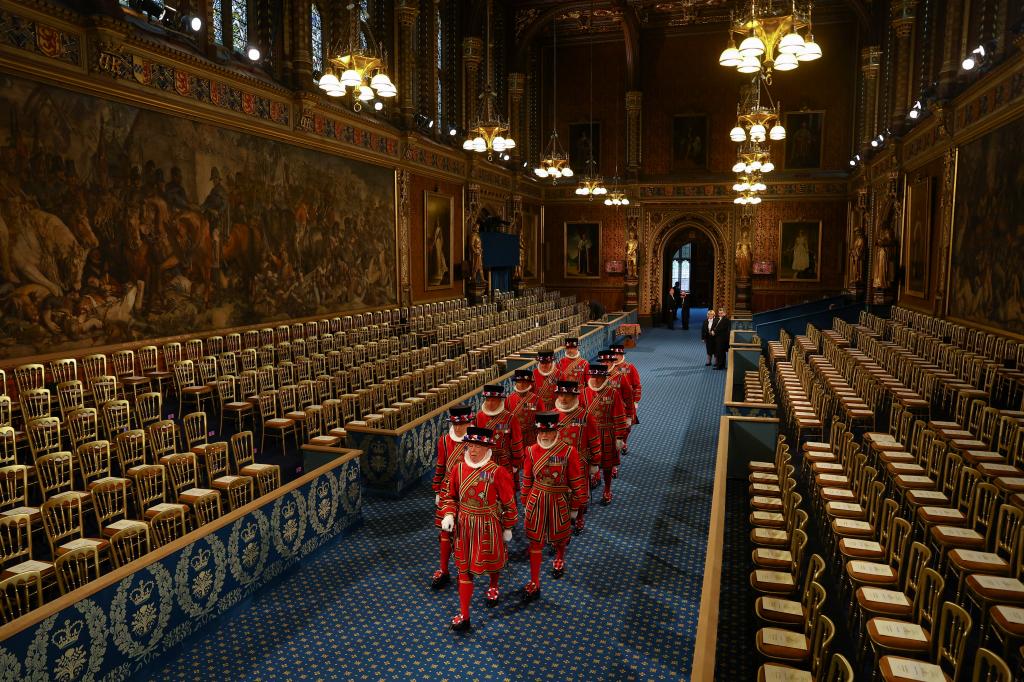 Johnson’s Conservative government will set out the laws it plans to pass in the coming year at the tradition-steeped State Opening of Parliament. The ceremony will take place without 96-year-old Queen Elizabeth II, who has pulled out of the ceremony because of her mobility issues.

Instead her son and heir, Prince Charles, will read the Queen’s Speech, which is written by the government but traditionally read out by the monarch. Prince William, who is second in line to the throne, will also attend.

The queen has only missed two previous state openings during her 70-year reign, in 1959 and 1963, when she was pregnant with sons Andrew and Edward, respectively.

The speech will contain 38 pieces of legislation, including bills on education, animal welfare and “levelling up” economic opportunity to poorer regions.

The speech will promise to cut red tape for business and overhaul regulation in the wake of Britain’s exit from the European Union. It may also contain measures to alter post-Brexit trading arrangements for Northern Ireland agreed with the EU, a move that would worsen already tense relations between Britain and the bloc.

There will also be a contentious new law to outlaw disruptive protest tactics favored by groups such as Extinction Rebellion. Civil liberties organizations worry the government also plans to press on with much-discussed plans to change Britain’s human rights laws in the wake of Brexit.

Johnson said the measures outlined in the speech will “get our country back on track” and press on with “our mission to create the high wage, high skilled jobs that will drive economic growth across our whole United Kingdom.”

But likely missing will be any big new measures to address soaring grocery and energy bills. Britain’s inflation rate has hit 7%, and prices for domestic energy have spiked even higher, as the war in Ukraine and Western sanctions on energy-rich Russia compounded economic disruption from Brexit and the COVID-19 pandemic.

The government has given most households a $185 tax refund, but has rejected opposition calls for a windfall tax on the profits of big energy firms, saying that could discourage them from investing in U.K. renewable energy projects.

Treasury chief Rishi Sunak said Monday that he knew the cost of living is “the No. 1 thing” on people’s minds.

“Of course, I get that,” he said. “And what I’m trying to do is make sure that we put policies in place that support families to help navigate the next few months, which we know will be challenging.”

The ceremony comes days after Johnson’s Conservatives suffered a drubbing in local elections across the U.K., losing hundreds of city and regional council seats to opposition parties.

Johnson’s personal popularity has been hurt by months of headlines over parties in his office and other government buildings that breached coronavirus restrictions. Johnson was fined $62 by police for attending his own surprise birthday party in June 2020 when lockdown rules barred social gatherings.

Johnson has apologized but denies knowingly breaking the rules. He faces the possibility of more fines over other parties, a parliamentary investigation into whether he misled lawmakers about his behavior and a possible no-confidence vote from his own lawmakers.

The Conservatives have hit back by alleging that the leader of the opposition, Labour Party chief Keir Starmer, also broke the rules by having a takeout curry meal and a beer with campaign workers in a lawmaker’s office last year. After days of headlines about the story in Conservative-supporting newspapers, police have said they will investigate.

Starmer insists the meal was part of a workday and broke no rules but says he will resign if he’s fined by police.

The state opening ceremony itself is a spectacular pageant steeped in the two sides of Britain’s constitutional monarchy: royal pomp and political power. Traditionally the monarch — or in this case, the heir to the throne — travels from Buckingham Palace to Parliament in a horse-drawn carriage and reads the speech to assembled lawmakers from a golden throne, wearing a crown studded with 3,000 diamonds.