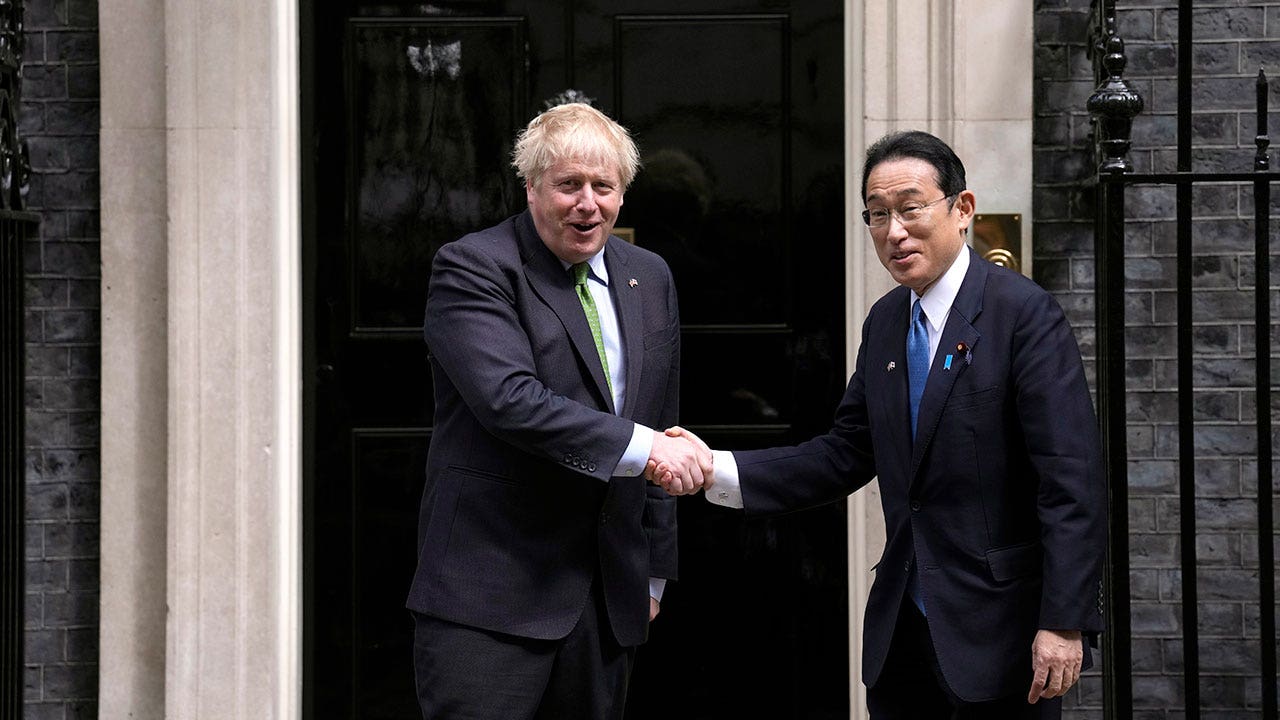 The leaders of Britain and Japan are meeting in London on Thursday, and announcing a new defense agreement against the backdrop of the war in Ukraine.

The U.K. government says the leaders are expected to agree in principle a “landmark” reciprocal access agreement, which would allow Japanese and British forces to deploy together to carry out training, joint exercises and disaster relief activities.

The two Group of Seven leaders are expected to discuss Russia’s invasion of Ukraine and how to exert pressure on President Vladimir Putin. Japan has condemned Russia’s invasion and joined Western nations in imposing sanctions against Moscow. Japan also has supplied Ukraine with helmets and other non-lethal military aid.

Japan is concerned Russia’s invasion of Ukraine could have an impact in East Asia, where China’s military has grown increasingly assertive and has threatened to unite with Chinese-claimed Taiwan by force if necessary.

Britain has announced an “Indo-Pacific tilt” in its foreign policy in the wake of its departure from the European Union in 2020, and sees Japan as its key East Asian ally.

Chris Hughes, Professor of International Politics and Japanese Studies at the University of Warwick, said Kishida’s visit “will further consolidate a U.K.-Japan ‘quasi-alliance’ that has been worked on for the last decade or more.”

He said U.K.-Japan relations are “becoming much stronger in security, but they will be tested by seeing how far Japan will be forthcoming to do more in security with the U.K. outside its own East Asia region and, likewise, how far the U.K. can sustain substantive cooperation with Japan outside its region with the ongoing Ukraine crisis.”