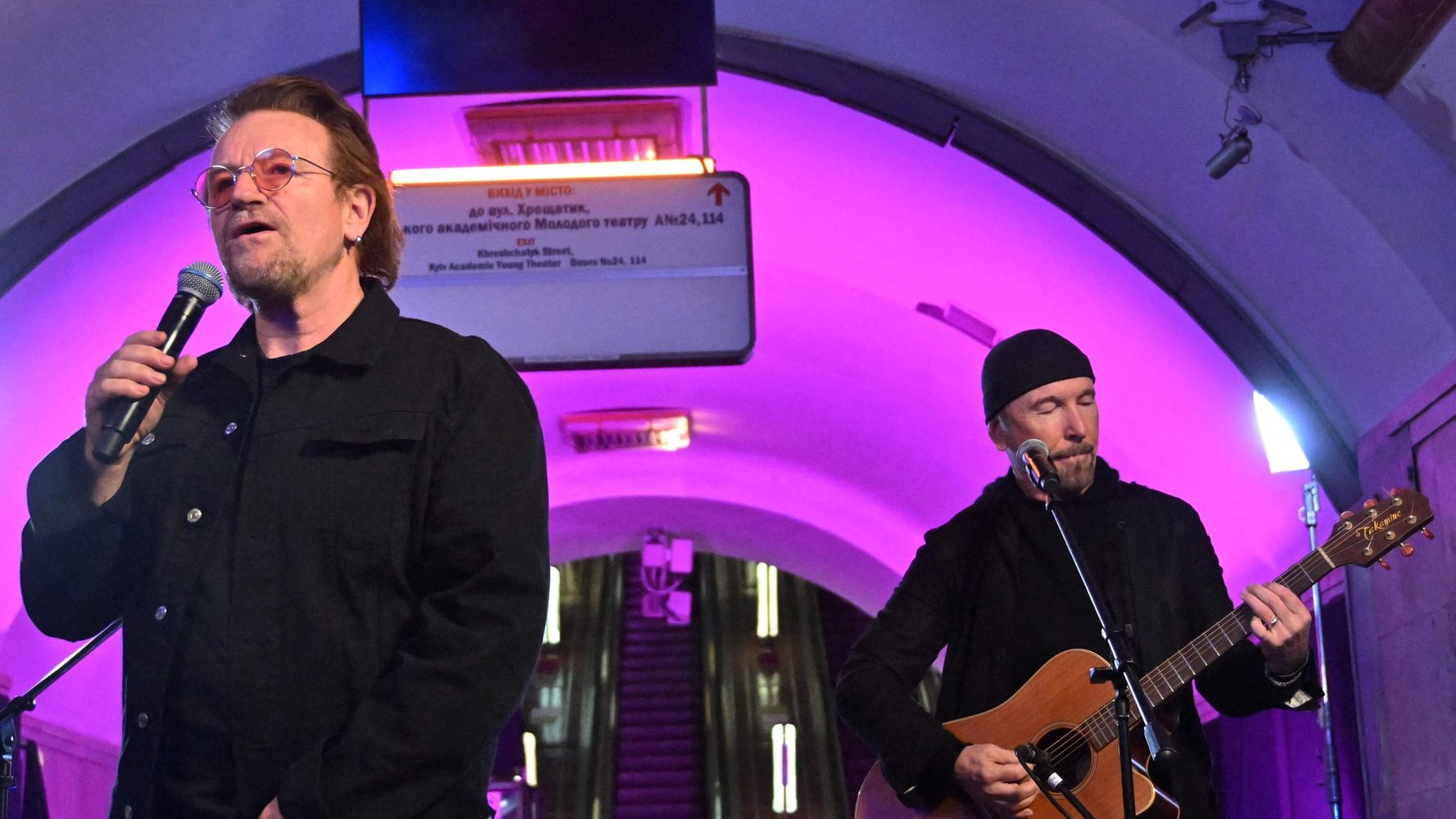 Bono, the lead singer of the iconic rock band U2, performed a concert inside of a metro station in Kyiv, Ukraine, alongside his bandmate The Edge to show their solidarity with the war-torn country.

Bono and The Edge, whose full name is David Howell Evans, performed a rendition of soul singer Ben E. King’s 1961 hit song “Stand By Me” inside of the Khreshchatyk metro station.

Ukrainian President Volodymyr Zelenskyy invited them to perform for a crowd of nearly 100 people, according to Reuters.

Bono praised Zelenskyy during the performance, saying he was leading the world in freedom.

“Your president leads the world in the cause of freedom right now,” Bono said. “The people of Ukraine are not just fighting for your own freedom, you’re fighting for all of us who love freedom.”

In a clip of the performance, the Irish band can be seen singing “Stand By Ukraine” alongside Ukrainian singer Taras Topolya and his accompanying bandmates from the music group, Antytila. According to Pitchfork, the Ukrainian band are serving as soldiers as Russia continues its deadly invasion against the country.

U2 performed a few of their classic songs for 40 minutes including, “Desire,” “Bloody Sunday,” and “With or Without You,” which has received over 61,000 views on YouTube.

“Stand By Me,” by Ben E. King, is considered one of the greatest soul records ever recorded. The song was popularized by the late Sam Cooke and derived from The Soul Stirrers’ 1961 hit, “Stand By Me Father.”

President @ZelenskyyUa invited us to perform in Kyiv as a show of solidarity with the Ukrainian people and so that’s what we’ve come to do. — Bono and The Edge #StandWithUkraine