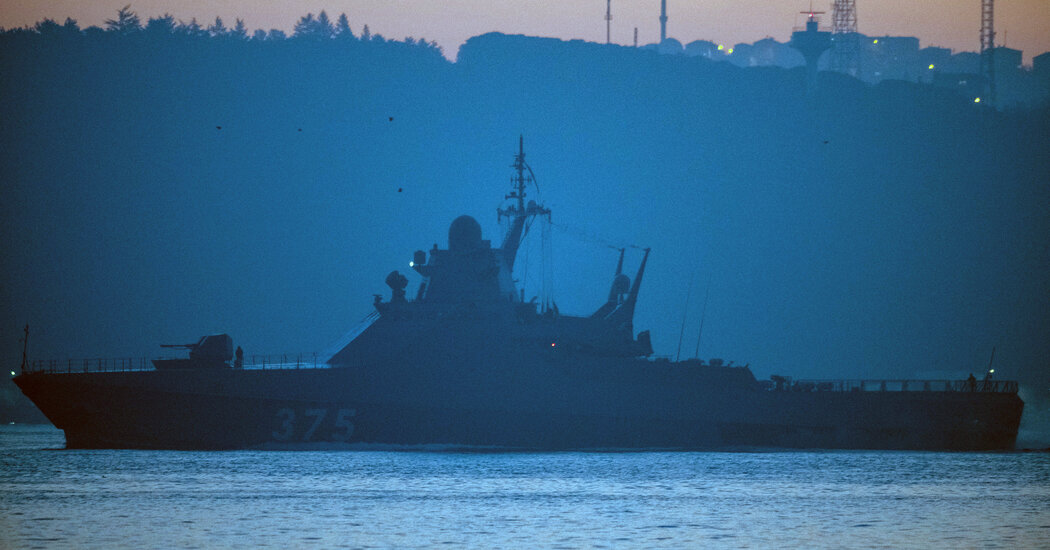 KYIV, Ukraine — Ukraine’s state nuclear energy company said on Friday that Russia was preparing to disconnect power lines at the mammoth Zaporizhzhia power plant from Ukraine’s grid, a potentially risky and complicated process that could deprive government-controlled territories of power and divert it to Crimea and Russia.

The Russians would have to shut off the reactors at the plant to reroute the electricity. That means that the power to keep cooling systems functioning at the plant would come from diesel generators, raising the risks of an accident at a facility in a war zone where workers are operating under duress.

Ukraine has been warning for some time that Russia might want to take the plant off its grid, and on Friday, the Ukrainian energy company, Energoatom, said that it had evidence that “the Russian military is looking for suppliers of fuel for diesel generators,” in what it said was a clear signal that they may be preparing to cycle the two working reactors down.

Ukrainian claims about Russia’s intentions could not be independently verified, and Moscow had no immediate comment. A top local occupation official, however, said that he was opposed to shutting down the reactor.

“A nuclear power plant shouldn’t be mothballed,” Yevgeny Balitsky, the Russian-appointed head of the occupied sectors of the Zaporizka region, was quoted as saying by the Interfax news agency. It was unclear how long a period he was talking about.

Senior Russian officials have said that Russian military control over the plant is the best guarantee for its safety, while accusing Ukraine and its ally, the United States, of creating conditions that could cause another Chernobyl, the 1986 nuclear disaster in Ukraine that the Soviet Union initially tried to hide.

Asked about Ukraine’s claims during a trip to the port city of Odesa, the United Nations secretary general, António Guterres, said that “obviously the electricity from Zaporizhzhia is Ukrainian electricity,” and that should be respected.

The immediate consequences of a shutdown would be on the Ukrainian power grid, particularly in southern areas, which could potentially lose power. The plant, when fully operational, provides for about 10 percent of Ukraine’s electricity needs, with the ability to power four million homes.

The bigger concern, however, is a potential meltdown if something goes wrong in the efforts to keep power running at the plant with diesel-fueled generators. It is not publicly known how much diesel fuel is at the plant and, with Russian supply lines under constant attack by Ukrainian forces, it is not clear how easily it can be transported to the site.

Carried out properly under long-established protocols, cycling down a nuclear reactor does not carry great risk, according to nuclear experts. But the conditions of the plant, which has been damaged in recent shelling, are far from ideal. And the Ukrainian engineers, who would likely have to carry out the tasks, have been working in difficult conditions.

A power failure during the process of taking the reactor offline could cause a breakdown of the plant’s cooling system. There could be a scenario similar to the one that played out in Fukushima, Japan, in 2011, when the loss of coolant resulted in three reactors undergoing some degree of core meltdown, nuclear experts say.

After that disaster, however, Ukraine upgraded the Zaporizhzhia site to enable a shutdown even after the loss of cooling water from outside the containment structures, Dmytro Gortenko, a former plant engineer, said in an interview.

Tensions around the nuclear power plant on the front lines escalated this week as the Russian and Ukrainian militaries traded charges that each was preparing to stage an attack on the plant in coming days, risking a catastrophic release of radiation.

Russia has rejected international calls to have its forces pull back from the facility and create a demilitarized zone. Sergei Ryabkov, Russia’s deputy foreign minister, said Friday such a zone would only increase the risks of nuclear disaster, claiming that the presence of its military was “a guarantee that no such scenario will occur.”