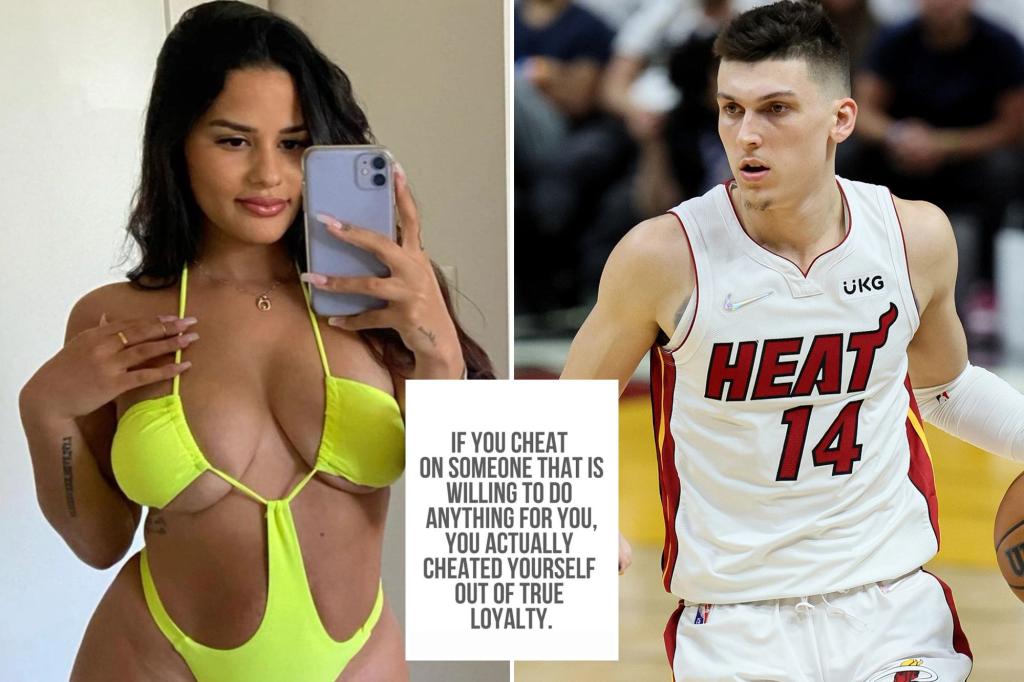 Are Tyler Herro and girlfriend Katya Elise Henry on the rocks?

It certainly seems that way based on recent social media posts shared by model and influencer Henry, with the topic of cheating at the heart of some of the cryptic messages.

“If you cheat on someone that is willing to do anything for you, you actually cheated yourself out of loyalty,” read one message posted by Henry, according to screenshots.

Henry, who welcomed daughter Zya with the Miami Heat guard last September, also shared the message, “Not everyone is going to think you’re gorgeous, amazing and magical. They’re wrong though.”

Though it remains to be seen what exactly is unfolding between Henry and Herro, 22, she appears to have unfollowed the NBA star as of Monday afternoon.

Henry also seems to have deleted photos of the couple on social media, including a Twitter snap she shared in May in celebration of his Sixth Man of the Year award.

Elsewhere on Twitter, Henry has been re-sharing positive affirmations, including a message from Friday that read, “You are worth more than second thoughts and maybes.”

Herro and Henry are believed to have started dating in March 2020, when the NBA star tweeted, “wyd” at the fitness model.